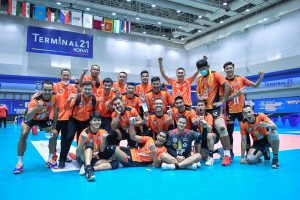 Favourite teams ominously stamped their authority in the pool round-robin preliminaries as they surged away to win their matches in strong fashion at the Terminal 21 Hall here on Saturday, while lower-ranked sides also went for everything in the race for a place in the last eight teams. 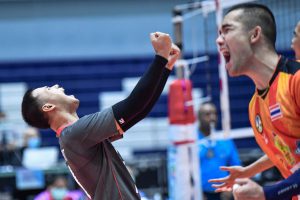 Reigning and six-time Thailand League winners Nakhon Ratchasima, in their third effort in the Asian Club Championship as they respectively finished 9th and 6th in 2015 and 2018, edged out Kazma Sport Club from Kuwait in exhausting five sets on the previous day and celebrated another feat on Saturday as they rallied past South Gas Club from Iraq in dramatic four-setter 30-28, 27-29, 25-21, 25-20 in Pool A. 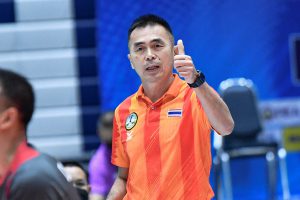 “We need some points today to pave the way for the next round. South Gas Club are a strong team with mixed tactics. We needed to combine our game to fight with them. My players did well in defense and block. As far as I see my players perform, they have some killing instinct when making a score. Also, the experienced players helped boost the younger ones’ spirit and this is the key reason we won today. However, it will be a tough game tomorrow when we will play Burevestnik Almaty. We will fight with the same techniques,” Nakhon Ratchasima head coach Padejsuk Vannachote commented after the match. 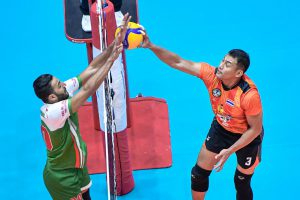 “Overall I think we showed our good teamwork and the defensive game inside the court. We were lucky in some moments. After two matches, I am still not satisfied with the performance of the team. We should improve our consistency both in speed and accuracy,” Nakhon Ratchasima team captain Wanchai Tabwises said. 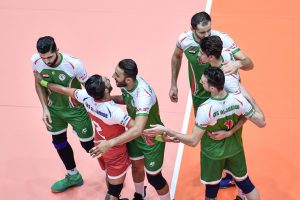 South Gas Club’s Hussein Nameer said, “It was a tough match. We are thinking of the next match. I hope we can win the next two matches to secure a spot in the semifinals.” Hussein Nameer is one of the promising players in South Gas Club who is benefitting from a volleyball family background with his uncle being the legionnaire of the Italian League and his father, the former national volleyball player of Iraq. 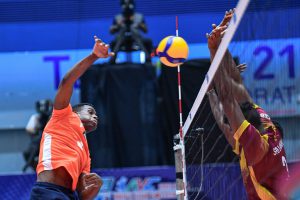 In the other Pool A encounter, Kazma Sport Club, runners-up in the Kuwait Super League and spearheaded by former Dominican super star Elvis Daisires Contreras de Ios Santos, made amends for the 2-3 disappointing loss to Nakhon Ratchasima in the opening day by cruising to a convincing straight-set 25-19, 25-22, 25-17 victory against CEB Sports Club from Sri Lanka for first win in this topnotch Championship. 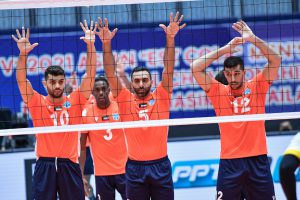 “We lost the match yesterday but there is still a lot of way up to the tournament and we have a chance to perform better. We have to reduce our mistakes and do better in the next matches,” Elvis Contreras said after the match. 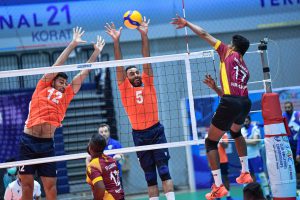 “We did our best but we faced the deadlock. We learned from today’s match and will use it in our next match against the tough rivals, South Gas Club which played very well against Burevestnik Almaty the previous day,” Sri Lanka’s Panadura Arachchige Don Ayesh Dilhan Perera said. 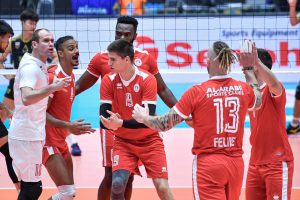 The final match of the day in Pool B, Thailand’s Diamond Food, which won their first match against Uzbekistan Premier League winners AGMK in a hard-fought tie-breaker, succumbed to Al-Arabi Sports Club from Qatar in straight sets 23-25, 17-25, 19-25. 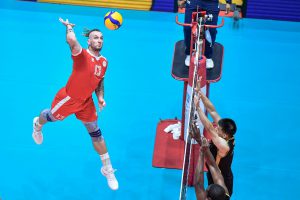 Al-Arabi, Asian Club champions in 2012 and silver medallists in 2010, 2015 and 2016 and the team which captured three major titles in Qatar’s domestic tournaments including the Qatar Cup and the Amir Cup in 2020, remained one of the strongest teams to be reckoned with in this 2021 edition. 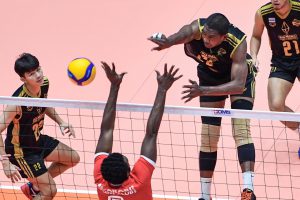 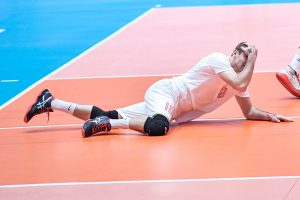 After the match, Al-Arabi head coach Argentinean Juan Cichello said, “We won as initially expected, but I admit that we faced some challenges in some moments. For the first match of any event, it should be natural as it takes time for the players to get adapted and work as a team particularly when they have no time to train. Some players just joined us in this tournament. I am happy with the result as it helps us advance and move clearer to our goal.” 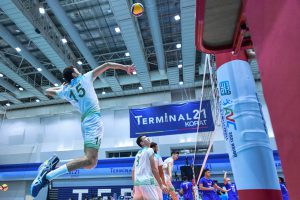 Earlier, AGMK, which had already suffered their first loss at the hands of Diamond Food in their previous Pool B match on Friday, sealed a magnificent comeback 24-26, 25-23, 25-18, 25-19) victory over Rebisco Philippines to next go up against Sirjan Foulad Iranian on Sunday. 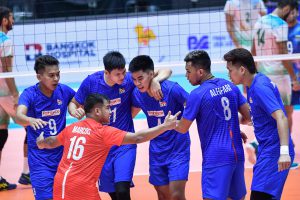 “Of course, we are still overwhelmed with the situation, seeing our performance slowly getting more and more competitive as the tournament progresses especially after a long break. Although we lost today, the takeaway here is that I have seen how everyone is able to deliver when called upon. The friendly-like competition within the team will be much more intense now that I know whoever is needed will actually perform,” Dante P. Alinsunurin, Rebisco head coach, commented. 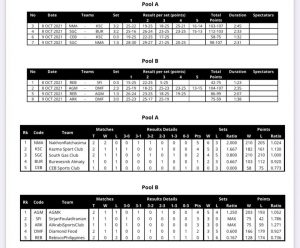 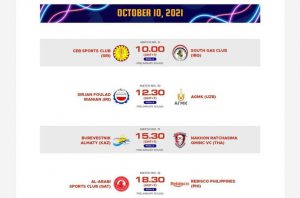