Sweat collects her first FIVB World Tour gold medal in Jinjiang and Walsh Jennings returns to the top of the podium for the first time since 2016.

“It’s been so long, it just feels good, it feels good to play well as a team, it feels good to improve, it feels so good to finish on top. The world is so good at volleyball so you have to be the best on that day to win and we played great and it was so fun,” said Walsh Jennings.

“It’s my first gold, so to get it with Kerri in such a great tournament, we played some great teams. I’m so excited and looking forward to more,” said Sweat. 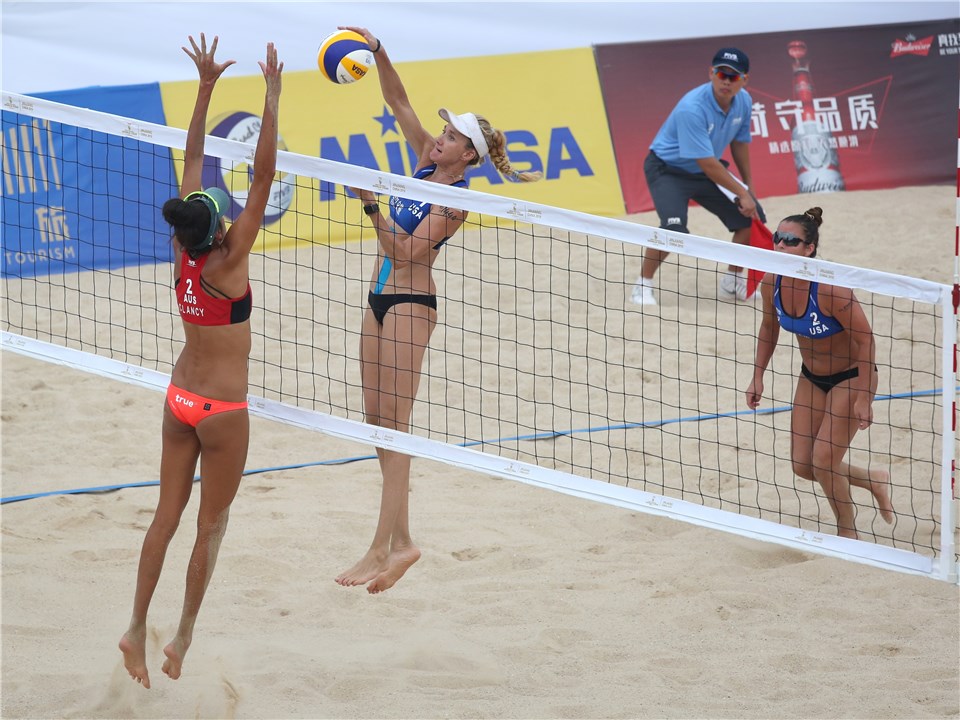 “The Aussies are so good, they’re so athletic and physical and they use their athleticism against you. I feel like we had to play well, we made a couple of mistakes here and there and let them back in a couple of times, but when you keep the ball in play, you always have a chance, but they are so good. We’re getting better and it feels great,” said Walsh Jennings.

Sweat and Walsh Jennings only began as a team at the beginning of the 2018 – 2019 season and this is already their fourth medal after claiming bronze in Chetumal 3-Star and Sydney 3-Star and silver in the Kuala Lumpur 3-Star earlier this month.

Walsh Jennings won her 700th FIVB World Tour match in the quarterfinals of Jinjiang and at 40 years old is the oldest female player to earn an FIVB World Tour gold. The decorated athlete is a three-time Olympic champion, who also won bronze in Rio 2016 and the Sweat/Walsh Jennings partnership now have their sights on Tokyo 2020. 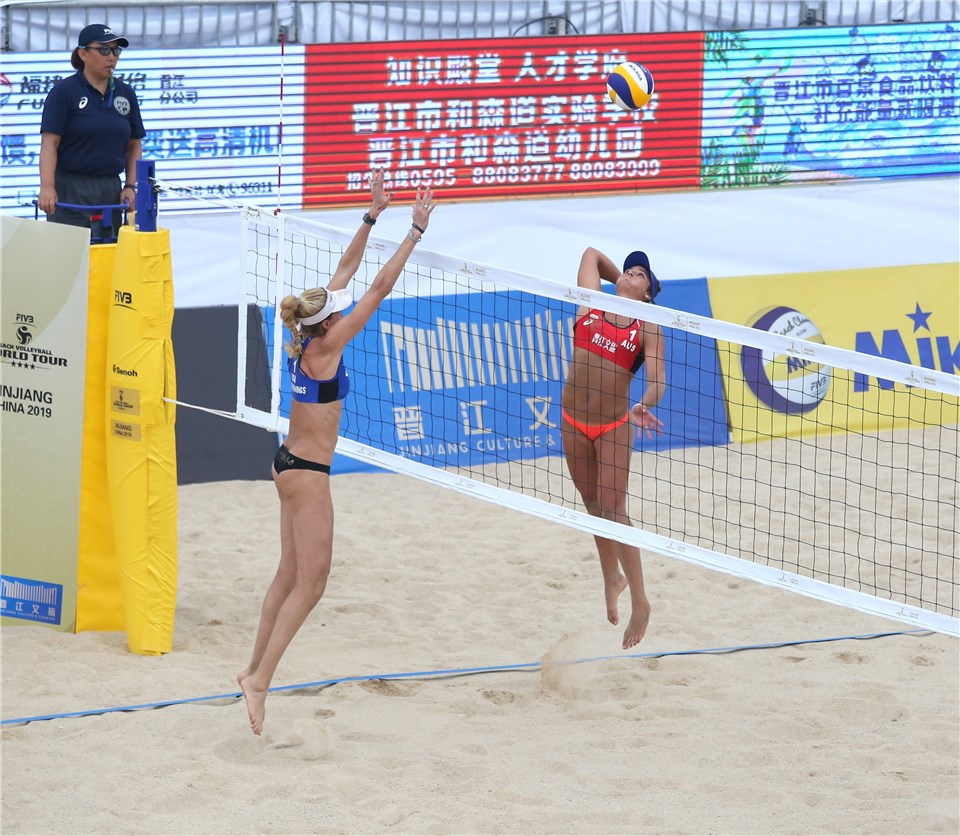 “We’re crawling our way up the ranks, not just with the world, but the US teams too. We just want to keep going and as long as we keep getting better and better, we’re not going to be worried about points. But it’s awesome now and we will get back to work again soon,” said Brooke.

The silver medal for Clancy/Artacho Del Solar comes in their third final four in a row in China in the past two months. They took bronze in Xiamen 4-Star and then won the Asian Continental Championship in Maoming. They have now won eight FIVB World Tour medals since they began playing together in 2017. 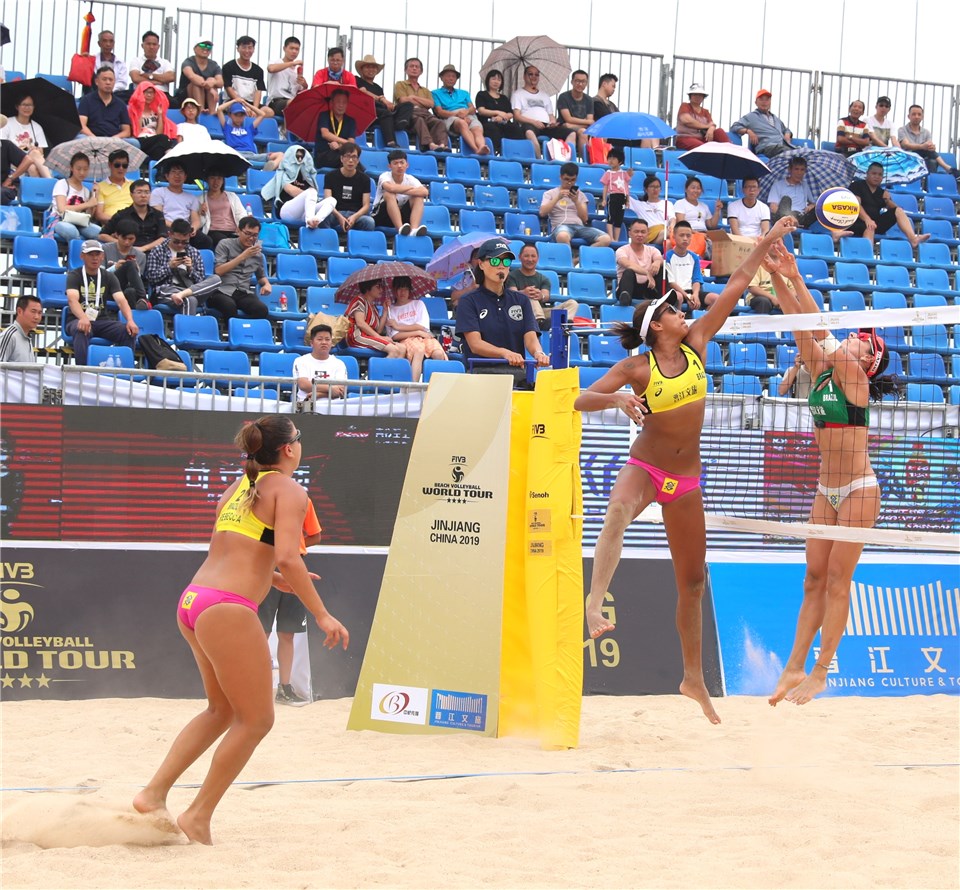 The two teams have never faced each other before with Ana Patricia/Rebecca starting to make their mark on the FIVB World Tour last year, entering the final four in five tournaments in a row.

Ana Patricia and Rebecca make for a useful pair with Ana Patricia’s huge swing and Rebecca’s solid defending and the team pushed ahead in the first set.

Agatha and Duda bring a depth of experience having played together since 2017 and have earned three golds, three silvers and four bronze medals on the FIVB World Tour. But the pair found themselves on catch-up from the beginning. 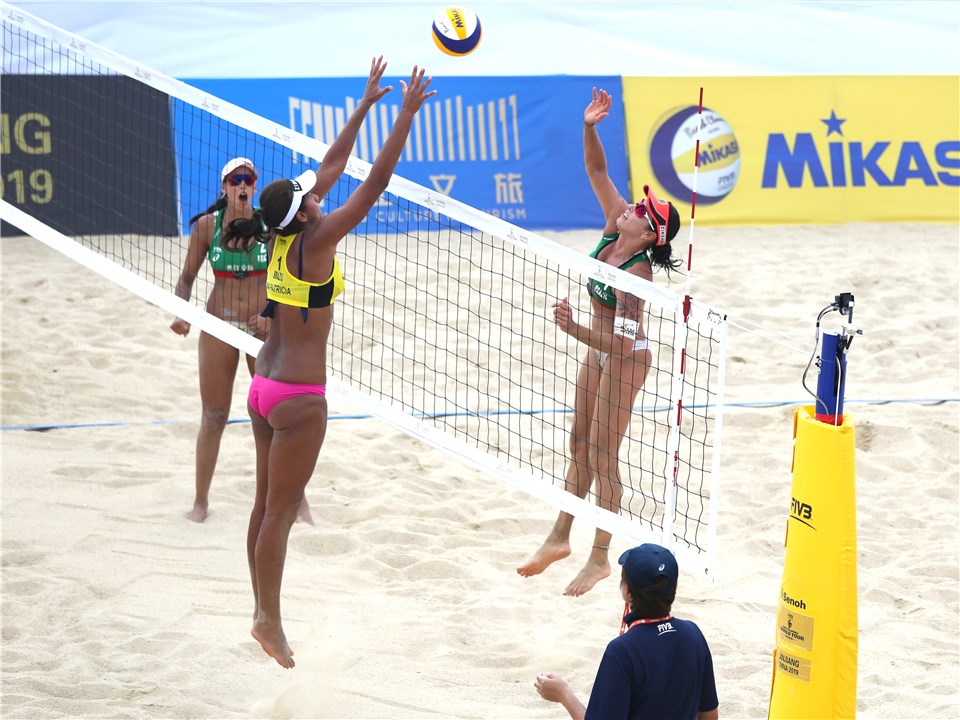 The experienced Agatha/Duda began to close the gap, but Ana Patricia/Rebecca appeared more determined than ever in the second and ended the match, 2-0 (21-19, 21-15).

“I’m really happy because this week I had so many problems because I’ve played every day sick and to win this bronze medal is very important for our journey,” said Ana Patricia.

Ana Patricia has been struggling with a virus in Jinjiang, but it didn’t stop the Brazilians from reaching their third Chinese podium, winning golds in Qinzhou last year and Xiamen last month and now bronze. 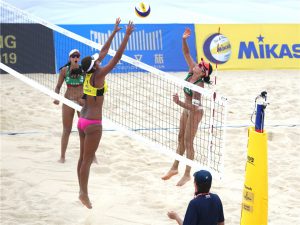 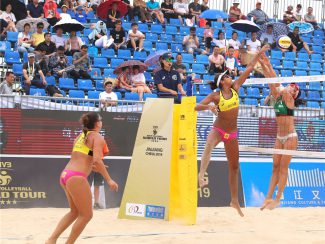 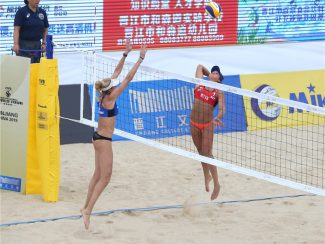 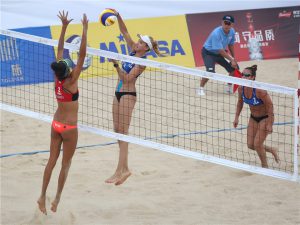 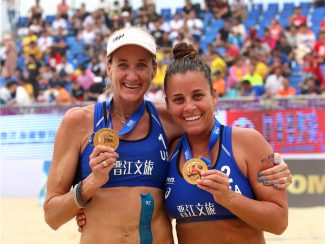