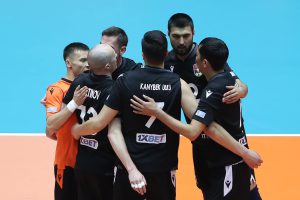 In-form Taraz VC, which narrowly edged out Al-Rayyan of Qatar 3-2 in their opening match on Saturday, proved a class above Erbil to record their second win in the topflight competition and keep their semifinals hopes alive. 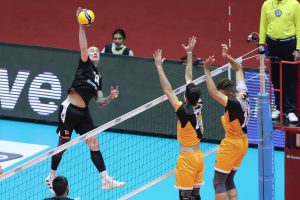 Taraz VC started very well, with Onolbek and Ustinov coming up with impressive offensive combinations. Erbil tried to reduce the gap after trailing 3-10 but Taraz VC did not allow them as the Kazakh outfit attacked effectively, while the Iraqi side’s unforced attacking mistakes caused them dear. Taraz wrapped up the first set 25-13. 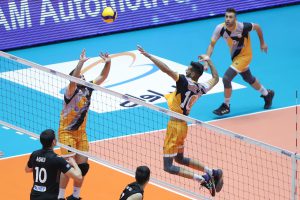 Both sides started with almost the same level in the second set as the score was tied at 7-7 before the Iraqis broke away netting some crucial points from their exceptional spikes. Taraz VC advanced 20-16 and stretched it to 24-19. A moment later, a spike from Onolbek Kanybek Uulu went unanswered, resulting in the Taraz VC Club’s 25-20 win in this set. 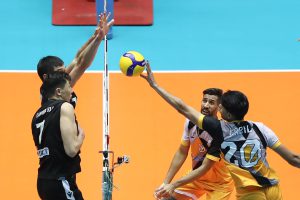 In the third set, both sides tried their best using all what they had to win the set, but Taraz VC came into the set full of confidence and stayed in front by wide margin 17-8. Despite the determined efforts from the rivals, Taraz VC played cool, never looking back from there to capture the set 25-11 and match.

“Today we were very good and our service also lived up to our expectation and this made us play well. We do not experience playing against any Iranian teams. Today, we will watch their match and do analysis to prepare better and get ready for tomorrow,” Taraz captain Onolbek Kanybek Uulu said. 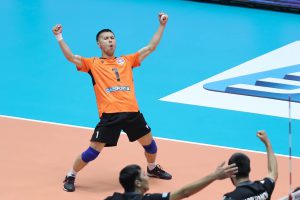 “The Iraqi team are a good and promising team and our team are so exhausted because of playing five sets yesterday. Tomorrow’s game will be an important experience for my players to check their level against strong teams. They are young and inexperienced. We are getting ready to achieve a good result,”, Taraz head coach Boris Gerbennikov said.