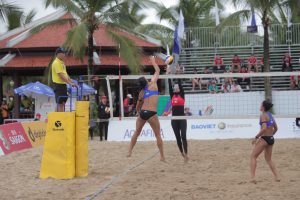 Taravadee/Worapeerachayakorn, who landed the Asian title on home soil in Phuket last year, performed brilliantly in their very first match in the Vietnam-hosted SEA Games, spending only 34 minutes in demolishing the tough Indonesians 21-18, 21-11 to next take on Vietnamese Nguyen Vu Ngoc Lan/Nguyen Le Thi Tuong Vy on Monday. 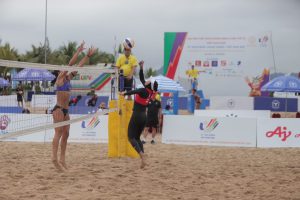 Another Thai pairing, Varapatsorn Radarong/Tanarattha Udomchavee, who picked up silver medal at the 2014 Incheon Asian Games in Korea, also got their SEA Games campaign off to a victorious start with a comfortable 21-11, 21-16 win against Indonesians Nur Sari/Sari Hartati. The impressive duo will next go up against Vietnamese Truong Duong Thai My Huyen/Nguyen Thi Thanh Tram on Monday. 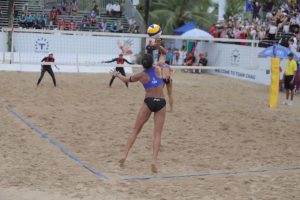 Philippines and Vietnam also enjoyed their first-day wins on Sunday, with both pairings of the Philippines and the host sides respectively brushing off Singaporean and Malaysian rivals in easy encounters. 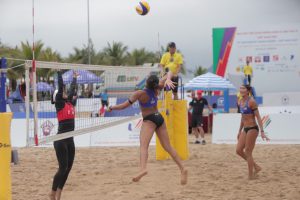 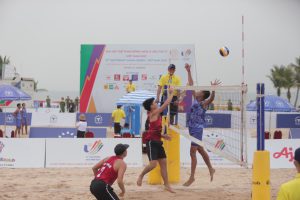 Meanwhile, Vietnam, Philippines and Thailand hogged their limelight in the men’s first-day competition. Thailand’s Surin Jongklang/Banlue Nakprakhong, silver medallists at the previous Philippines-hosted SEA Games in 2019, made a clean sweep of both matches contested on Sunday including a fantastic comeback 2-1 (18-21, 21-11, 15-7) win against Malaysians Khairol Shazrime Bin Shamsaimon/Sim Jian Qin. 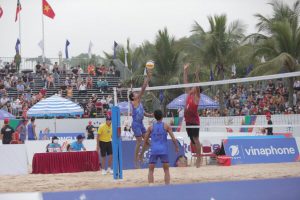 However, the Thai men’s team had mixed fortunes on Sunday when Pithak Tipjan/Poravid Taovalo were narrowly edged by the same Malaysian duo 18-21, 9-21, 19-21. 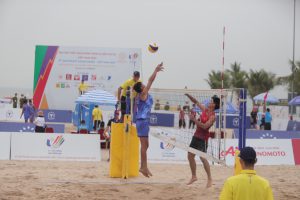 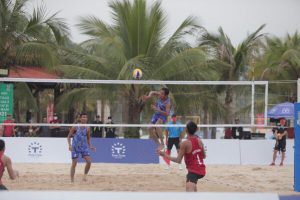 The 31st SEA Games Beach Volleyball Tournament is being held between May 15 and 20, featuring 8 countries (Thailand, Vietnam, Indonesia, Philippines, Singapore, Laos, Malaysia and Cambodia) separated into 2 pools with round robin format in the men’s event.

Each country has 2 pairs of players playing in a best of 3 set match. The top two of group will play in the semifinal round. The winners of the semifinal round will contest the gold medal match and the losers battle it out for bronze medal. 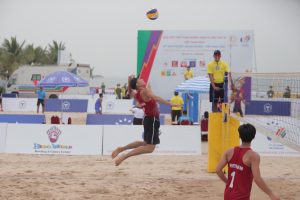 Six countries, Vietnam, Thailand, Singapore, Philippines, Indonesia and Malaysia, strut their stuff in the single round robin in the women’s competition. The top two countries will next fight it out for gold medal, while the next two (third- and fourth-ranked sides) will compete in the third-place playoff. 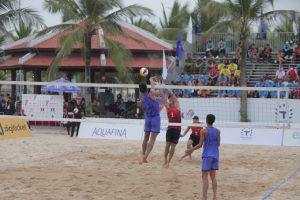 At the previous edition in Philippines in 2019, Indonesia reigned supremacy in the men’s event, with Thailand saved their pride to stamp their authority in the women’s competition.