Ningbo, China, June 6, 2019 – A pre-competition press conference was held here Thursday at the Hotel Radisson Ningbo Beilun with the attendance of head coaches and captains of teams from Bulgaria, France, Poland and hosts China to share their expectations on upcoming Men’s Volleyball Nations League Ningbo Beilun Station, which will be staged from June 7 to 9 at Beilun Sports and Arts Center. 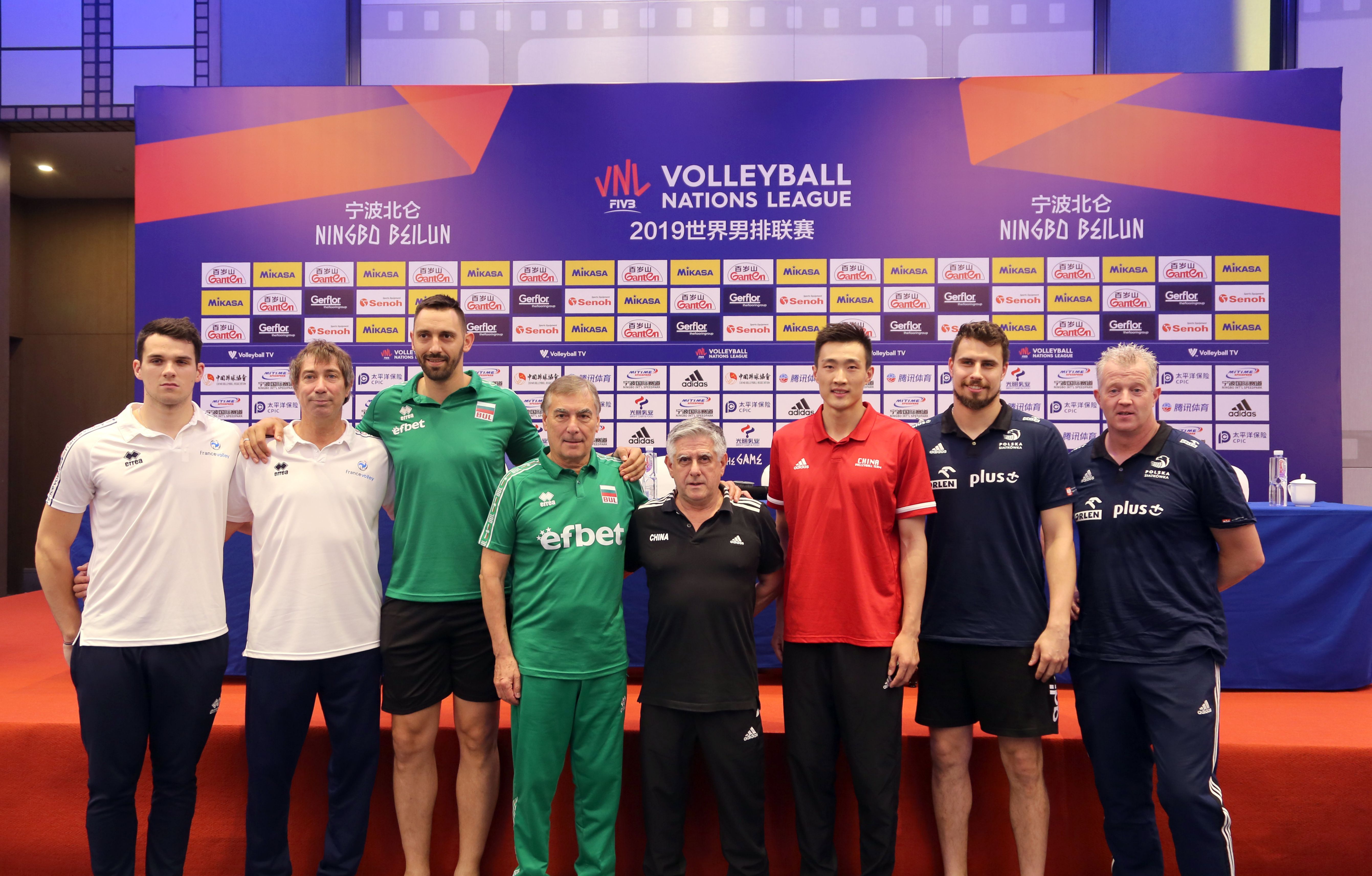 Bulgaria coach Prandi Silvano: “The only expectation of our team is to win logically. In Beilun here with the presence of big teams like France, Poland and China, it is a great opportunity for our team to increase our level. I hope we can present our fans and sponsors good performance and they will have fun in this competition.”

“It is only three weeks since I’ve been with the team. And we only had practice for six to seven times. It is not easy for me to evaluate the team right now. But I hope to see better performance than last week in Argentina,” answered Prandi Silvano to the media on evaluating his team.

France Coach Tillie Laurent: “I am glad to be here after a long trip. We will try to play our best possible. We started VNL well in Brazil, and I hope we can keep the same level this weekend. Like Prandi Silvano said, many teams increase the quality through their games. So it will be a big fight in every match this week. We will enjoy it.”

“We face different teams with different formations. The only thing we should do is to focus on our team and our game,” answered Tille Laurent to the media on any special tactics to different opponents.

Poland Coach Heynen Vital: “I am impressed to see so many journalists coming for the press conference. I am impressed with the very good hotel and great food, even though we are not so used to Chinese food. The only problem is that I hope my players will not be impressed by these but to play their best performance.” 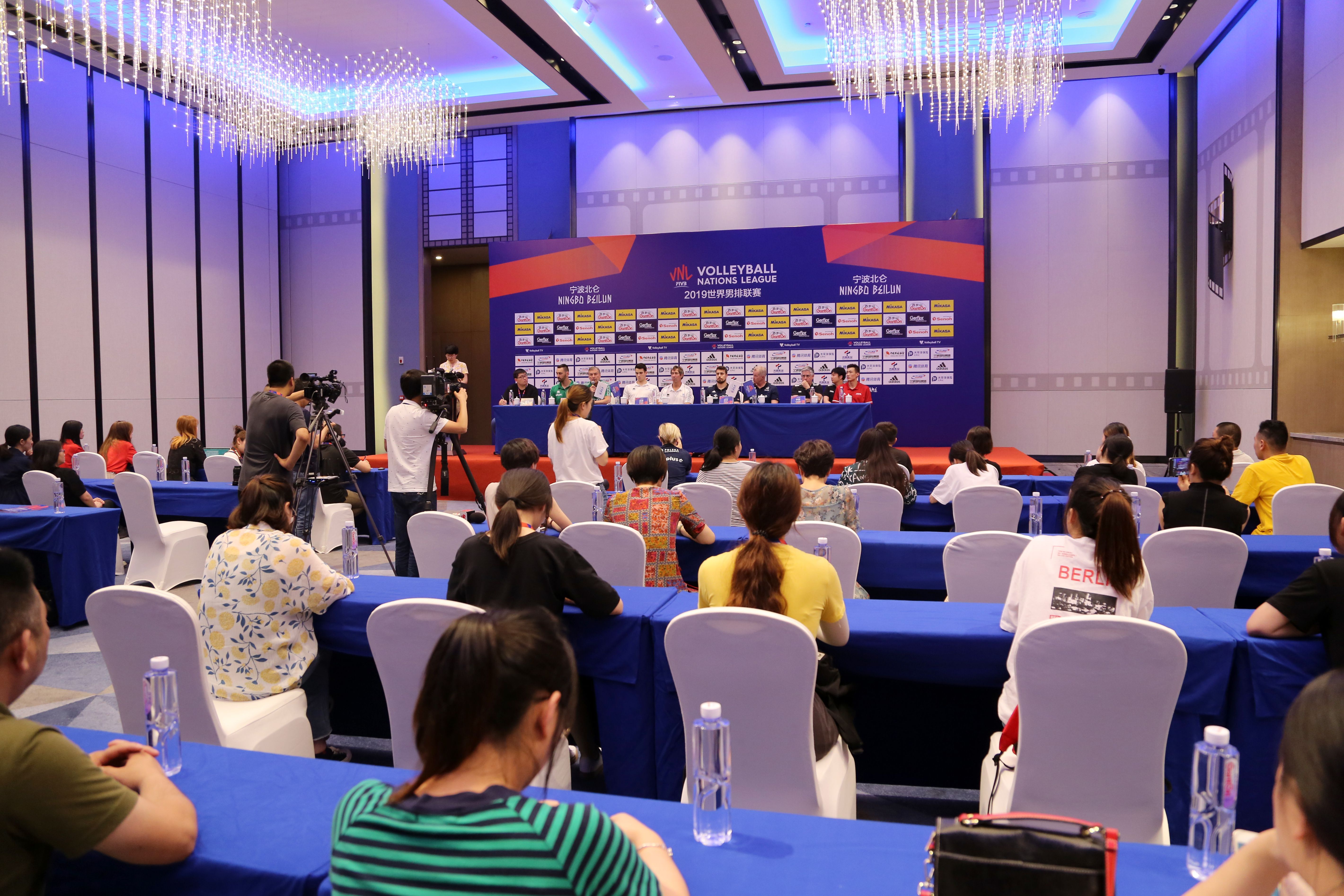 China Coach Lozano Raul Lucio: “It is pleasant to be back to Ningbo Beilun once again. It is a beautiful and great city. In fact, I am not so impressed as the Heynen Vital, because that we have got used to it that China always provide the best condition for the competition. It is an enjoyable experience to take part in the competition held in China. Back to Ningbo Belun this time again, I believe, spectators will pack the venue and enjoy the competition like last year. I hope my players can present high-level matches. Also I would like to express my warmest welcome to all the other three participating teams.”

“The VNL is a long journey. We will line up players according to their physical conditions and injuries. The lineup may not be the best one but it is determined according to the actual situation. Anyway, whoever is lined up on the court, our aim is to win no matter our opponent will be the Olympic gold medalists or world champions. And also the result is depending on the performance of the opponents,” answered Lozano Raul Lucio to the media regarding the lineup. 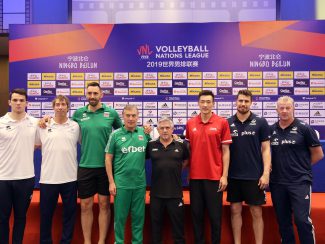 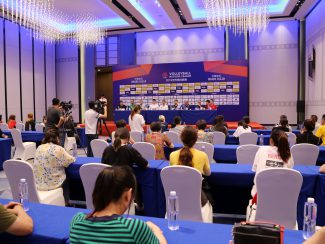 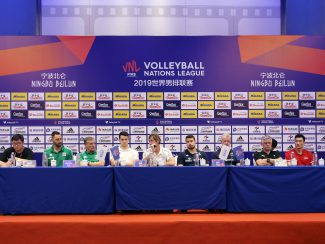