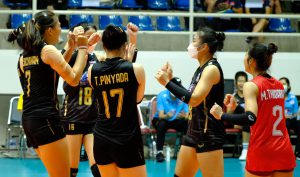 It seemed that the Thai girls, wearing facial masks, started slowly and were errors-strewn as Singapore got off to a positive start, coping well with the Thai tactics to level 6-6. Shortly after that, Thailand regained their aggressive form, with Pinyada Thopo and Ampha Sonsurat on fire to take turns unleashing barrage of fierce attacks and help the Thai surge away with a nine-point clear at 17-8. 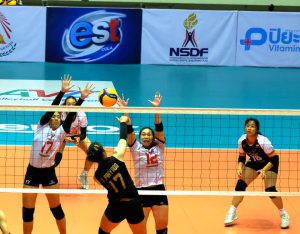 With home fans inside the competition venue cheering them all the way, the Thai girls came up with awesome form to control the game tactically and technically. The Singaporeans tried to fight back, but their efforts were to no avail. Thailand went on their onslaught to win the comfortable set 25-15. 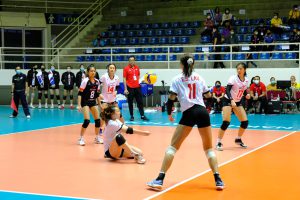 In the second set, the Thai players took off their masks and started to take command from the very beginning. They raced to an initial 6-1 lead and widened the gap to 12-4, thanks largely to excellent combination attacks from powerful hitters Ampha and Pinyada and scintillating blocks by the 180cm-tall Suchanan Manudorn and Donphon Sinpho. 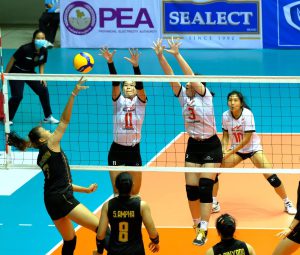 With Thai head coach Sunthorn Phoseeta yelling from courtside, Singapore picked things up to win some points and narrow the margin 11-16, but their delight did not last long as the Thai team rediscovered their mojo. Pinyada was a constant threat from spike range and Ampha’s powerful jump serve and furious attacks proved a thorn in the rivals’ blocking. Singapore notched a few points including a mid-court drop shot from Pua Le Jie before Thailand netted the second set win 25-14. 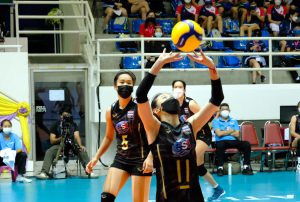 Singapore fought back hard to level 3-3 in the third set before Thailand, cheered on by Thai fans noisily knocking the thundersticks in their hands, came up with terrific display to surge away 7-4 and started to take total control after that. 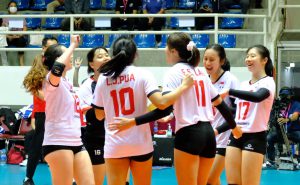 With Pinyada firing thundering cross-court spikes to bag some crucial points for Thailand, Singapore refused to give up easily. They hit back gallantly and played more carefully to reduce their unforced mistakes. As they were trailing far behind 11-22, Thailand made short work of the spirited rivals, allowing them only two more points to take the one-sided set 25-13. 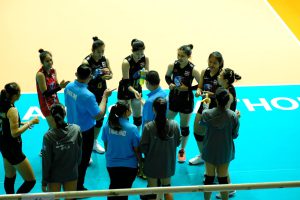 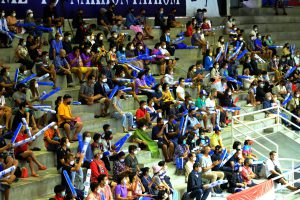 Pinyada Thopo, top scorer in the match against Singapore on Saturday, said after the match. “Due to unexpected situations, my teammates and I were not well-prepared for this match. Therefore, everyone helped each other while playing this match, even outside hitter Donphon Sinpho had to become the setter. However, regarding my performance, I was satisfied with it. I don’t know who will be in the starting lineup in our next match, but if receiving an opportunity, I will do my best.”