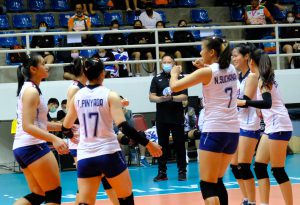 After two straight wins in the single round-robin tournament, Thailand, represented by the national women’s U20 squad prepping for the June 4-11 Asian Women’s U20 Championship in Kazakhstan, fielded formidable lineup including Pinyada Thopo and Achirayaphorn Kumjaiboon, the top two scorers in their previous match against Singapore. The instrumental captain Ezozakhon Sativoldieva spearheaded Uzbekistan. 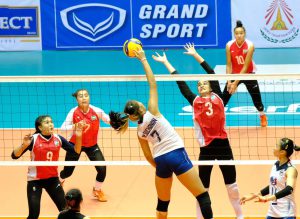 The first set was one-way traffic with Uzbekistan simply blown away by a fierce team’s barrage – with Thais Pinyada and Kewalin Chuemuangphan too powerful from spike range. The host girls led with 13-point advantage at 20-7 and still continued to notch crucial points from Pinyada’s aggressive spikes and the 180cm-tall Suchanan Nanudorn’s fast attacks to close out the easy first set 25-11. 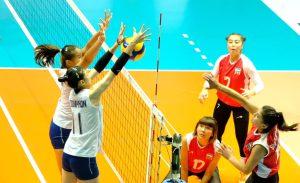 Thailand still gained the upper hand in the second set to lead 10-5 initially, but Uzbekistan, seeking their first taste of victory in this tournament, defended well and counter-attacked to reduce the margin 8-14. Cheered on noisily by a partisan crowd of around 1,800 home fans beating drums and thundersticks in their hands, the Thai girls were cruising comfortably in this set to advance 23-14, but the visitors did not give up easily as they covered the court marvellously, running here and there to retrieve Thais’ mighty attacks. Still, their gutsy display did not pay off its dividends. Thailand continued their fine form to win the set 25-16. 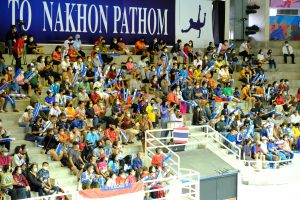 The third set was a similar scrip as Thailand led from start to finish. After taking an initial 5-2 lead, the host side stretched it to 17-7, thanks to their exceptional combination attacks and good teamwork. Uzbekistan requested for timeout to improve their luck, but back to the competition court, they could not keep the Thais at bay. Thailand stormed on to clinch the easy set 25-8. 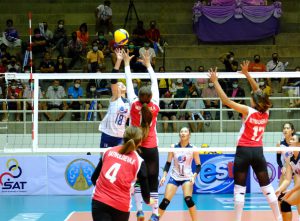 Achirayaphorn Kumjaiboon said after the match, “Uzbekistan played well with various tactics, while my team tried to avoid making unforced mistakes. I will do my best in the remaining two matches.”