Manila, Philippines, December 2, 2019 – Thailand’s beach spikers turned indomitable giants not to topple easily in the 30th Southeast Asian Games beach volleyball competition at the Subic Tennis Courts in Clark following their sensational win over Vietnam no Monday to stay on course for the crown. 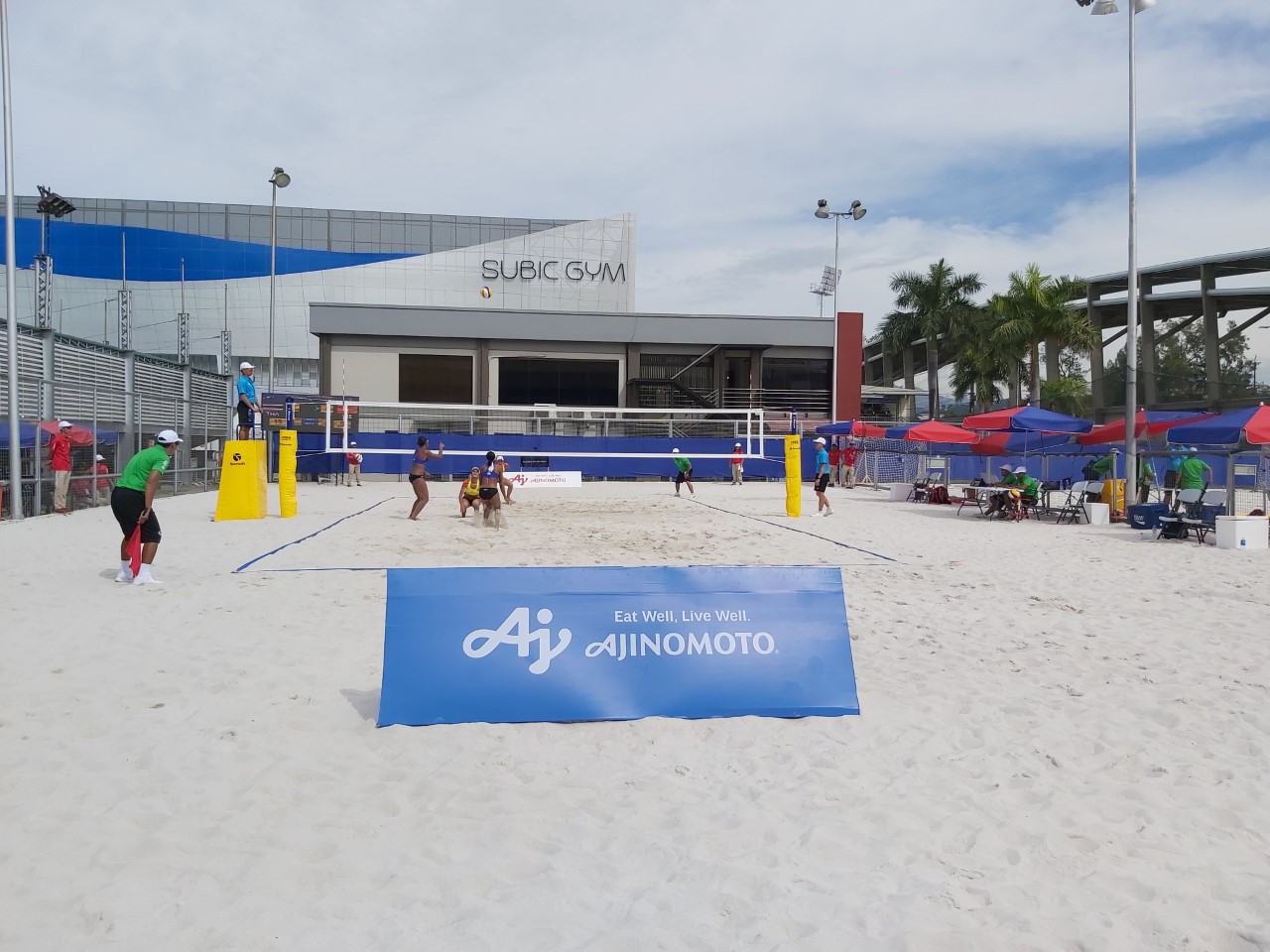 On the third-day competition of the 30th SEA Games, the biennial multi-sport event held among athletes from Southeast Asia, Thailand and Indonesia went on their remarkable unbeaten records in the single round-robin tournament which serves as the Continental Cup Phase 1 Southeastern Zone.

Thailand earlier powered past Malaysia 2-0 on November 29, the first day of the SEA Games beach volleyball competition, and Singapore with the same margin 2-0 on December 1, while Indonesia got off to a strong start with a 2-0 win against hosts Philippines on the opening day. 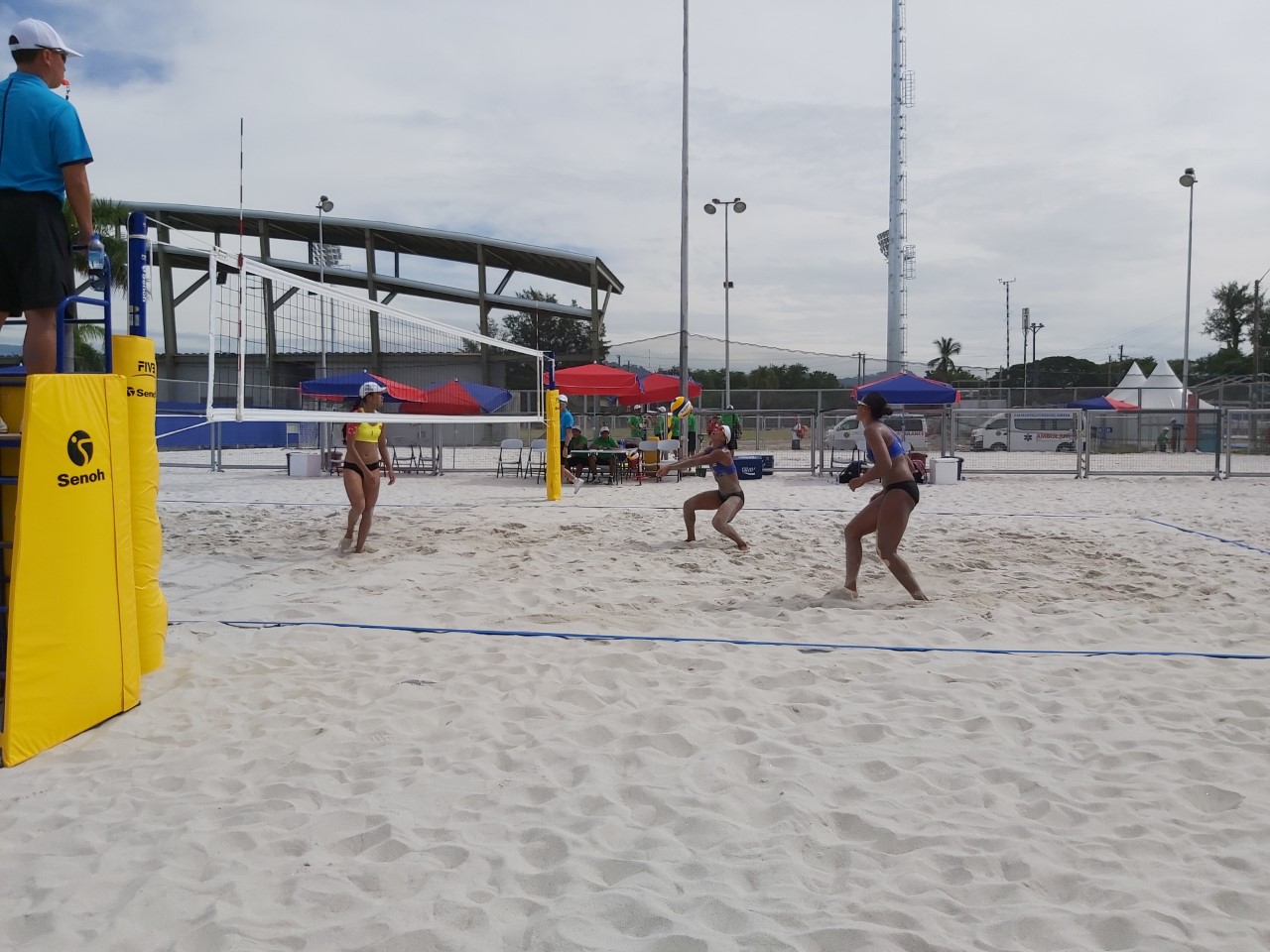 Indonesia also made their mark in their second match against Singapore on Monday. Putu Dini Jasita Utami/Dhita Juliana and Allysah Mutakharah/Desi Ratnasari joined forces to hand Indonesia additional 3 points from a brilliant 2-0 win.

Philippine pairing of Cheery Ann Rodina/Bernadeth Pons and the tandem of Angeline Maria Gervacio/Floremel Rivera Rodriguez also performed well on Monday and did not let home fans down by beating Malaysia 2-0 for the hosts’ second win out of three matches contested in the on-going Games. 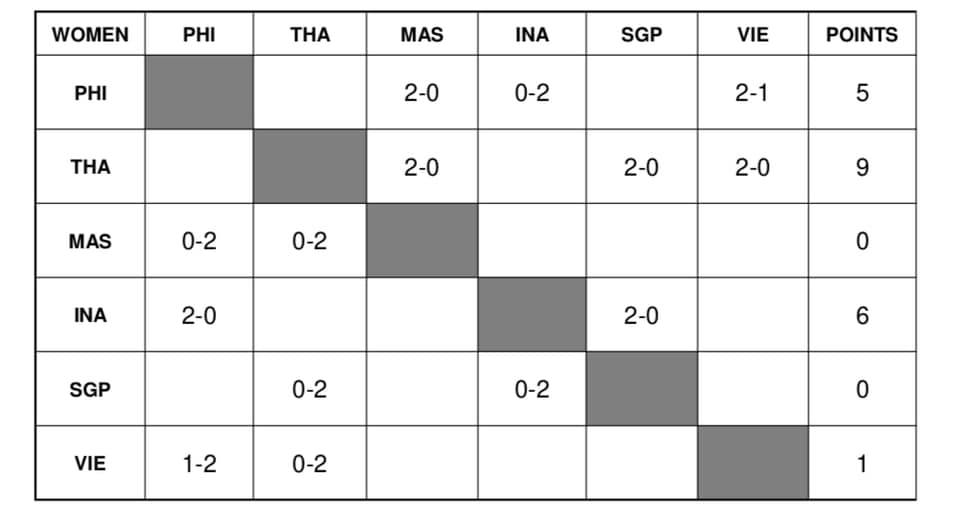 In the men’s event, Indonesia stay atop the Pool A standing with 9 points from three straight victories including the 2-0 win against Philippines on Monday. The host side came in second place in the Pool with 6 points from two wins against one loss. Malaysia swept past Timor-Leste 2-0 on Monday to trail in third place with 3 points from one win against two losses. Winless Timor-Leste came in fourth place. 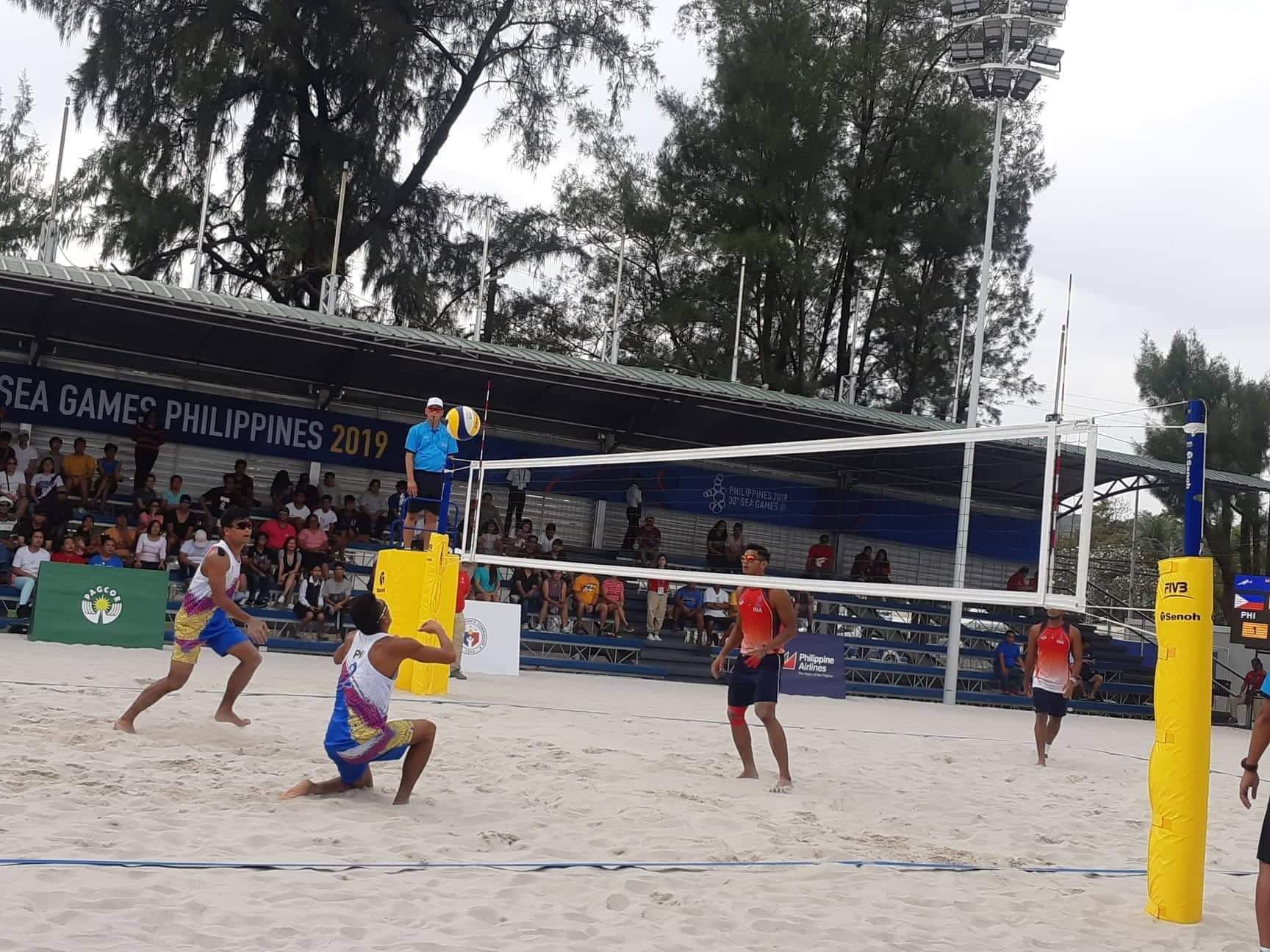 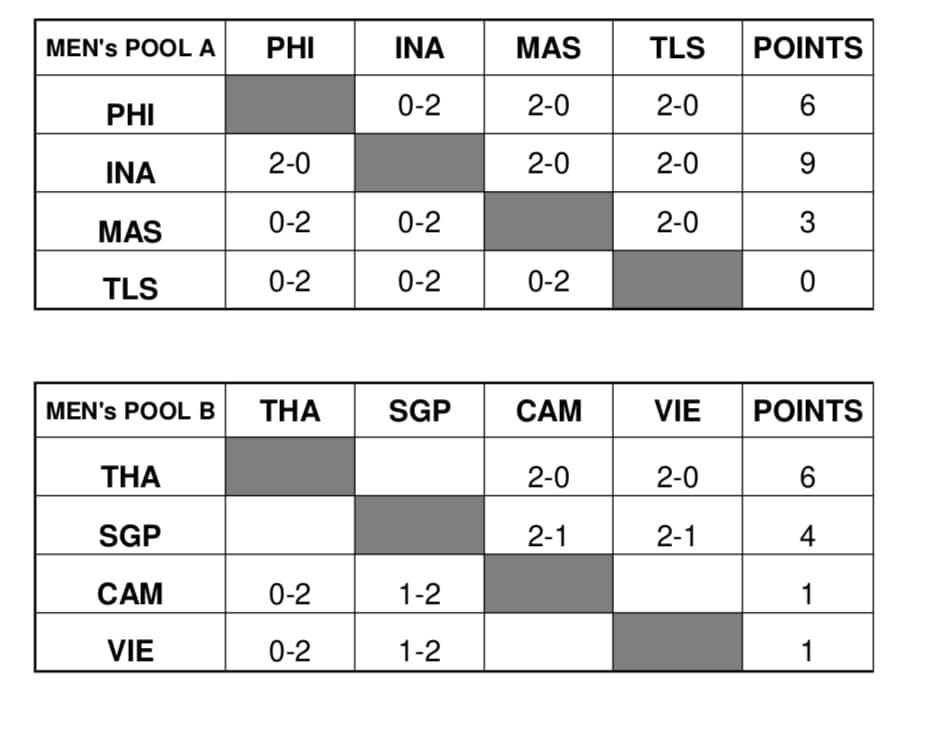 On Tuesday, Thailand will take on Singapore and Cambodia will challenge Vietnam in Pool B on the final day of the men’s pool round-robin preliminaries.

In the round-robin women’s event on the same day, Thailand will play hosts Philippines and Malaysia will be pitted against Singapore.

Meanwhile, Technical Delegate Mr Thomas Chang from Hong Kong informed that there might be changes in match schedule on December 3, 2019 due to typhoon.

“If there is any cancellation of the matches due to adverse weather condition, there will be notice posted on the Information Board at the Team’s Hotel. The competition will resume when the weather is suitable to play, and it will be announced at least two hours before the start of the matches,” Mr Thomas was quoted as saying. 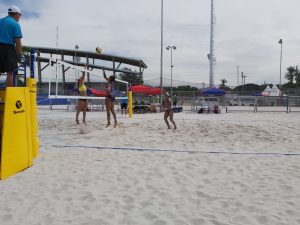 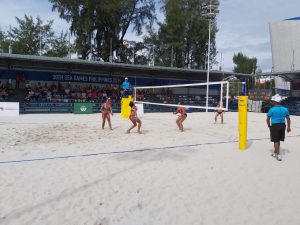 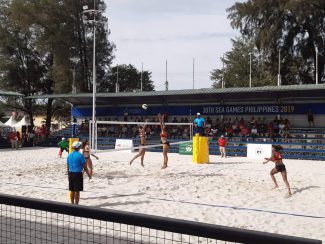 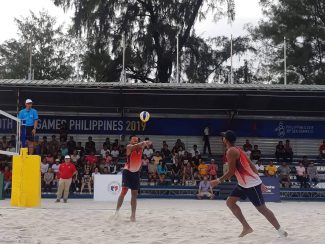 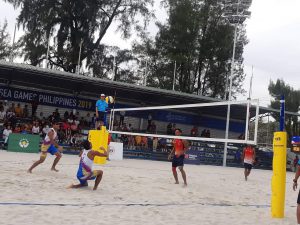