Manila, Philippines, December 5, 2019 – Thailand women’s team claimed early gold medal before the last-day competition of the 30th Southeast Asian Games beach volleyball at the Subic Tennis Courts in Clark after winning the “golden match” against formidable Indonesia for a clean sweep in the single round-robin competition. The stunning win against Indonesia on Thursday has guaranteed Thailand the the SEA Games champions apart from securing their place at the 2020 AVC Beach Volleyball Continental Cup Finals, where only the winning team will qualify for the Tokyo 2020.

Thailand had claimed 12 points from four straight victories, needing only a must-win match against Indonesia on Thursday to make sure the gold medal would be within their reach. The Indonesians, who had 9 points from winning three matches in a row, also aimed high to foil the determined Thais’ attempts of running away with the SEA Games title. 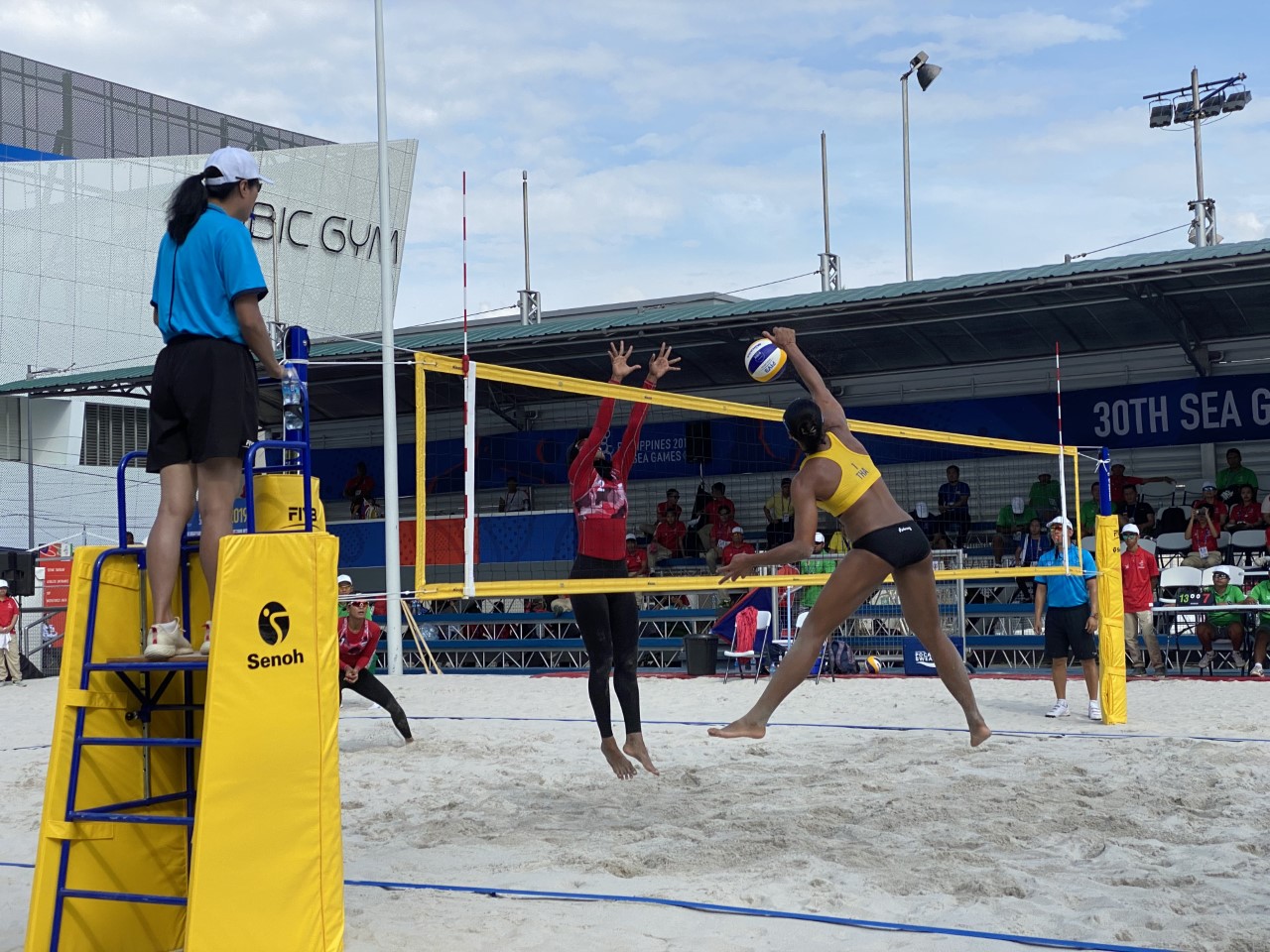 Cheered on by noisy fans, a superb duo of Putu Dini Jasita Utami/Dhita Juliana, bronze medallists at the last year’s Asian Games, got Indonesia off to a solid start with a convincing win in the first set 21-15 before the impenetrable defence of Thai 1’s Varapatsorn Radarong/Khanittha Hongpak changed the momentum in the match with a comfortable 21-12 win. The third set turned out to be an intense battle, with the Indonesian pairing defending brilliantly. Utami carried out well-placed serves and Juliana chipped in with a few big spikes. Indonesia took a hotly-contested set 15-13 and the first match.

Tanarattha Udomchavee/Rumpaipruet Numwong made amends for the team’s first loss as the Thai 2’s tandem performed well beyond all expectations in the second match against Indonesians Allysah Mutakharae/Desi Ratnasari. Tanarattha and Rumpaipruet took the first set 21-18 and still gained the upper hand in the second set which they were leading with a 5-point clear at 6-1 before the Indonesian side decided to stop the on-going contest when one of their players sustained an unexpected injury. 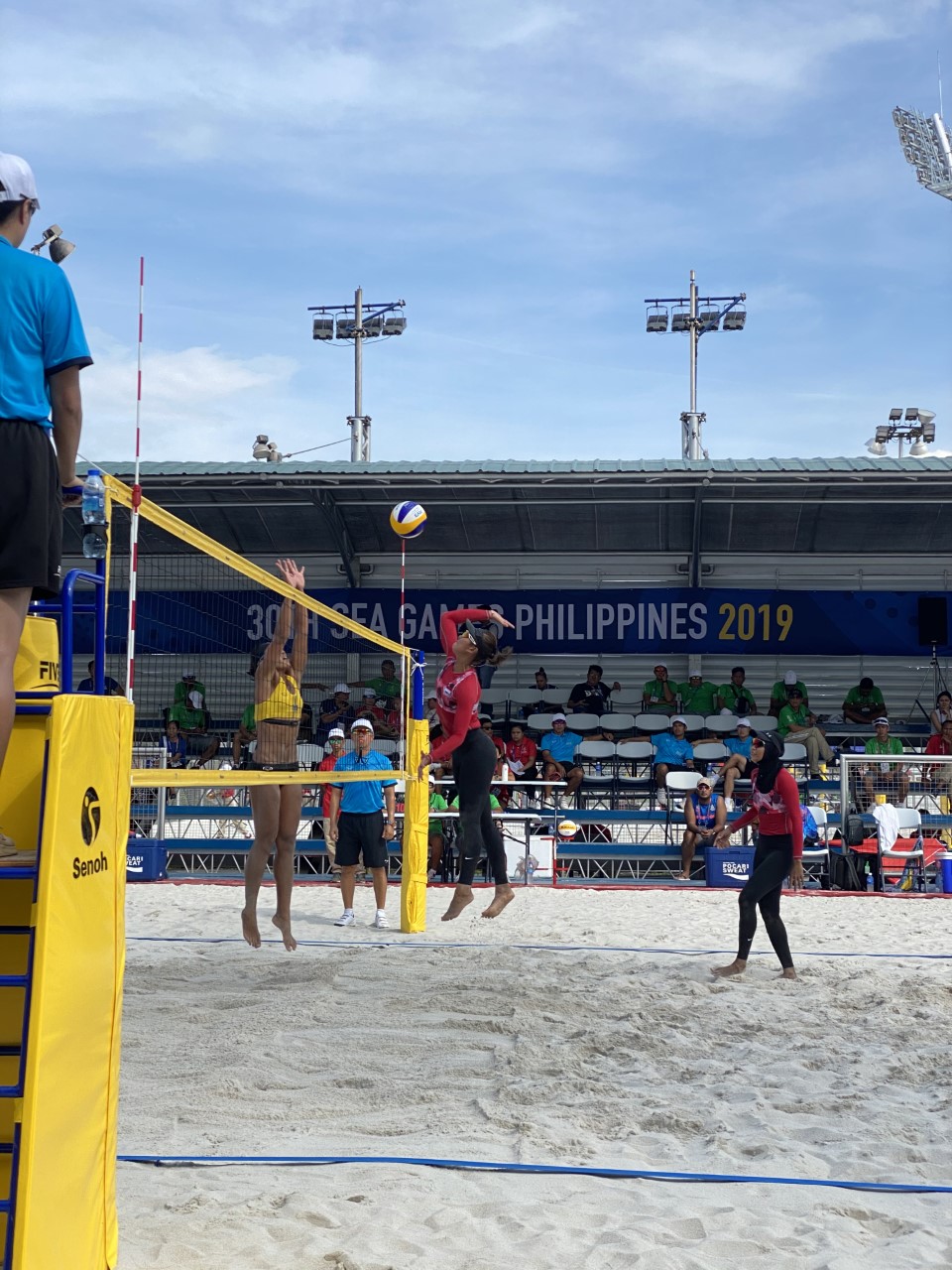 After that, the golden match was held to decide the winning team, with any two players out of four in the team contesting the deciding set. Thailand fielded Tanarattha/Khanittha to battle it out with Indonesians Utami/Juliana.

The Thai team made a poor start to go down in the first set 17-21, but pulled their game together and hit back bravely for a hard-fought 23-21 win in the second set. The third set was more thrilling when both sides poured everything to win the set. Levelling at 14-14, Tanarattha and Khanittha produced an excellent combination and held their nerves to win the close set 20-18 and match. The eventual 2-1 win was enough to give Thailand a clean sweep of five matches in the round-robin competition for unbeatable 14 points. Indonesia had 10 points and despite the fact that they are likely to beat Vietnam on Friday, the final day of the beach volleyball competition in the 30th SEA Games, Indonesia still cannot catch up with the gold-winning Thailand. Meanwhile, Thailand and Indonesia set up a final showdown in the men’s event following their sensational 2-0 wins in the Thursday’s semi-finals. 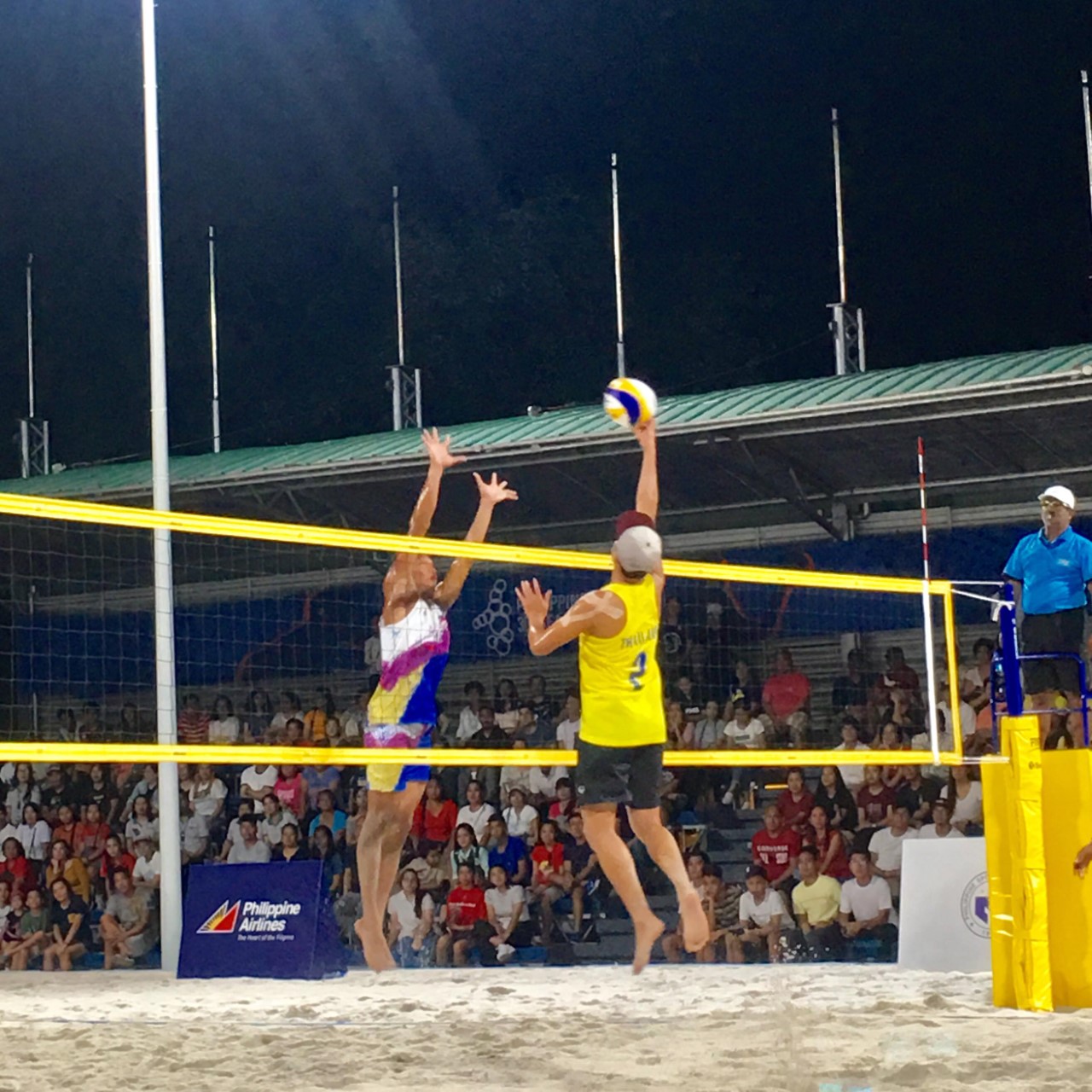 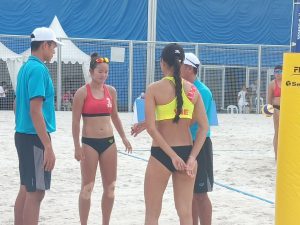 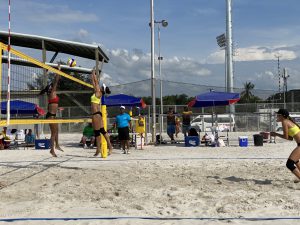 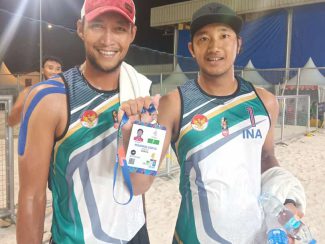 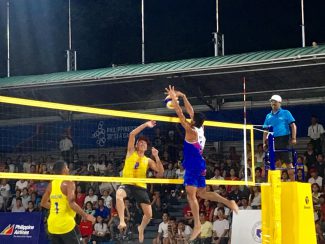