Nakhon Pathom, Thailand, July 11, 2021 – With the U19 tournament wrapped up last Tuesday, all eyes are now on the 4th Asian U21 Beach Volleyball Championships to be held behind closed doors from July 12 to 15 at the makeshift competition site in front of Mida Grande Hotel Dhavaravati Nakhon Pathom here. 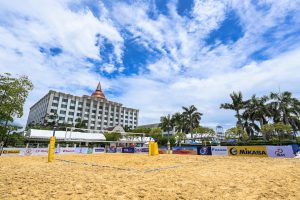 Australians Alisha Stevens/Stefanie Fejes, fresh from capturing the women’s U19 crown, will return to seek back-to-back titles in Thailand, while Iran’s Abolhassan Khakizadeh, who partnered Ali Ghorbanpasandi to clinch the men’s U19 title, will have a new partner this time for the U21 tournament as he will team up with Sina Shokati Shekarsaraei, eying a double success in Nakhon Pathom. 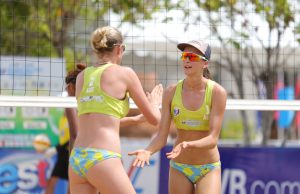 Stevens/Fejes, champions at the recent Asian U19 Championships 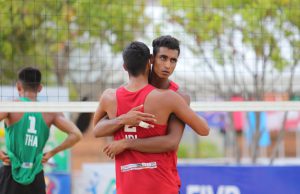 Abolhassan/Ali, who claimed the men’s title at Asian U19 Championships

Thai players are also determined to make their mark in the U21 Championships and keep both men’s and women’s titles at home. At the previous edition in Roi Et two years ago, Narathon Phichakon/Thanan Phanuphong and Thatsarida Singchuea /Pawarun Chanthawichai handed hosts Thailand a clean sweep with their victories in the respective men’s and women’s events. 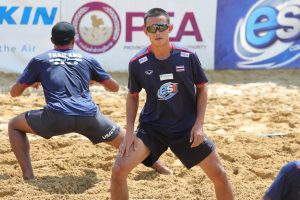 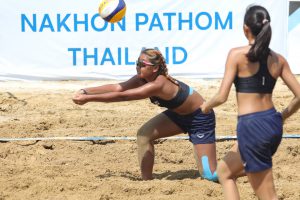 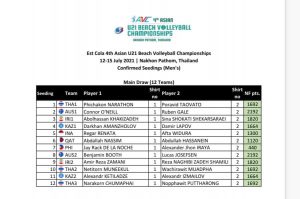 A total of 12 teams from seven countries comprising Australia, Iran, the Philippines, Qatar, Kazakhstan, Indonesia and hosts Thailand have been divided into four Pools of three teams piece in the men’s event. 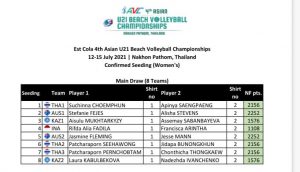 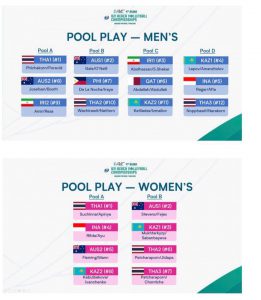 The pool round-robin preliminaries in both men’s and women’s events will kick off on July 12. However, only top two teams in the women’s event after the pool plays will advance to the cross semi-finals. In the men’s division, only top two teams from each pool after the preliminaries will be progressing, with the top teams through to the quarterfinals and teams finishing second from each pool being drawn for quarterfinal clashes with those top teams. Teams finishing third in each pool will crash out of the competition. 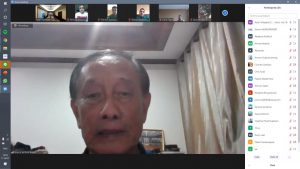 On Sunday evening, Mr Shanrit Wongprasert, Executive Director of the AVC Headquarters, presided over the team briefing, which was held via Zoom meeting due to health and safety concerns related to the COVID-19.

Aside from explaining to team managers/team representatives attending the briefing the COVID-19 situation in and around Asia and its impact to the staging of all AVC competitions, he also wished them the best of luck in the four-day event. Kritsada, left, and Songsak during the team briefing

After that, Technical Delegate Mr Kritsada Panaseri and Referee Delegate Mr Songsak Chareonpong informed all participants of relevant competition information including seedings, format of play, rules of the games and match schedule.

All updated competition results of the 4th Asian U21 Beach Volleyball Championships from July 12 to 15 can be viewed at www.asianvolleyball.net, while images can be downloaded from the given link or www.facebook.com/AsianVolleyballConfederation. 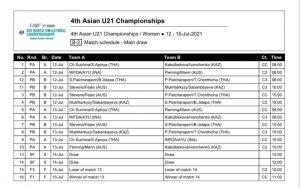 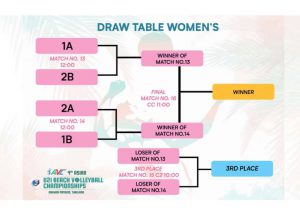 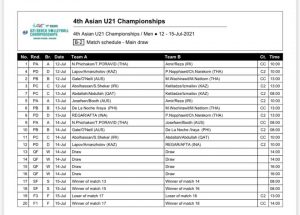 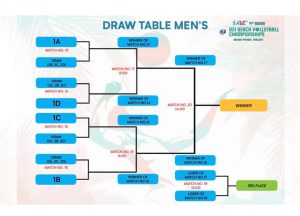