Thailand, beaten 3-0 by world No.2 Turkey on Friday, suffered two losses in a row in the FIVB Women’s U20 World Championship in Rotterdam, the Netherlands on Saturday after going down in a lopsided battle against the USA in Pool C. 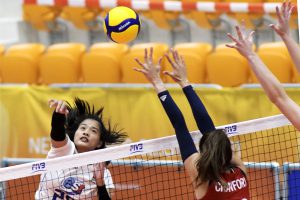 Thailand, current world No.44, made a good start to take an initial 11-9 lead in the opening set against the USA, No.9 in the world which finished 8th in the previous edition in Mexico two years ago. However, the USA stormed back with exceptional attacks, scintillating blocks and great serves to win the set 25-15. 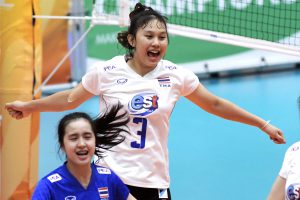 The second and third sets turned out to be one-way traffic as the USA gained a stranglehold over the whole game to clinch both sets with ease 25-8, 25-13 for an eventual 3-0 win in the match. 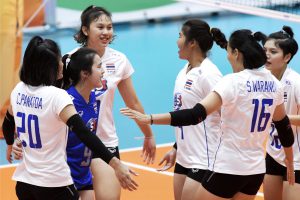 The other Pool C clash saw Russia beat Turkey 3-1 (25-23, 21-25, 25-19, 25-17) for their first win in the championship. After two matches in the pool round-robin preliminaries, the USA moved to the top of the Pool C standing with 6 points from 2 wins, while Turkey and Russia came in second and third places with the similar 3 points from one win against one loss. Thailand finished fourth with two straight losses. 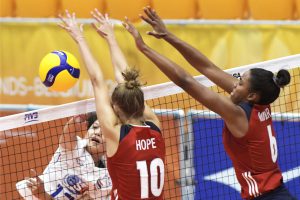 Thailand will next take on Russia in their last preliminary match on Sunday, with the USA taking on Turkey. With only top two teams after the preliminaries advancing to the round of the top 8 teams, Thailand are assured of missing the cut for the top 8 teams and will contest the 9th-16th classification. 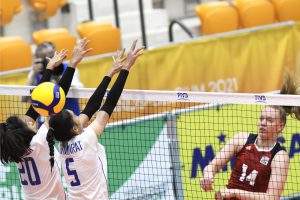 After the Saturday’s match, Waranya Srilaoong, opposite hitter of Thailand, said at the Mixed Zone: “Today, we struggled on reception, and the USA were perfect on the serve. We will try to fix our errors for tomorrow. In general, playing here, in Rotterdam, is amazing. We are so excited to be here!” 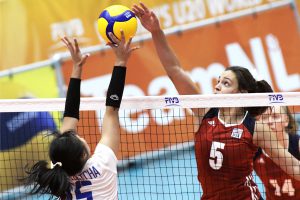 Allison Jacobs, opposite hitter of the USA, said: “We really worked on our timing as a team, making sure that our hands are in the right formation on the block, forming the right defense behind us. It really felt good to feel everything we are working on, as a team, to put it on the play, and having it worked out so well. Our goal here is to keep working harder, and of course, we have the dream of winning the Worlds. In order to do so, we will be excited to face whoever we have to.”