Manila, Philippines, December 6, 2019 – Indonesia smashed Thailand’s sweet dreams of celebrating double success at the 30th Southeast Asian Games beach volleyball competition at the Subic Tennis Courts in Clark when their men’s team reigned largely unchallenged to outplay the Thai side in two straight matches in the final showdown on Friday.

Thailand women’s team have already claimed early gold medal on Thursday after making a clean sweep of winning five matches for a maximum aggregate of 14 points in the single round-robin competition. They have also secured a berth to contest the 8-team 2020 AVC Beach Volleyball Continental Cup Finals, where only the eventual winners will qualify for the Tokyo 2020. At the completion of five matches contested among six participating teams on Friday, Indonesia picked up silver medal in this 30th edition with 12 points in total from four wins against one loss. Hosts Philippines had to be content with bronze medal after claiming 8 points from three wins against two losses. Two matches were contested on the final day of the round-robin women’s division on Friday. Hosts Philippines beat Singapore 2-0, while regional powerhouses Indonesia struggled to beat Vietnam in the golden match, which was held to decide the eventual winners after both teams were levelled at 1-1. Meanwhile, in the men’s competition, Philippines roared back from the first-match loss to Singapore to win the golden match in their third-place playoff encounter. The host side claimed bronze medal after 2-1 win against the Singaporeans.

The gold-medal match between Thailand and Indonesia turned out to be a highly-anticipated battle with the likes of highly-potential players from both sides.

Actually, Sadtawat/Nuttanon proved to be one of the strongest pairings to be reckoned with in this year’s SEA Games. The Thai tandem had already captured two FIVB World Tour events comprising the 2018 Pakbara Open on home soil in Satun and Bandar Torkaman in Iran this October. 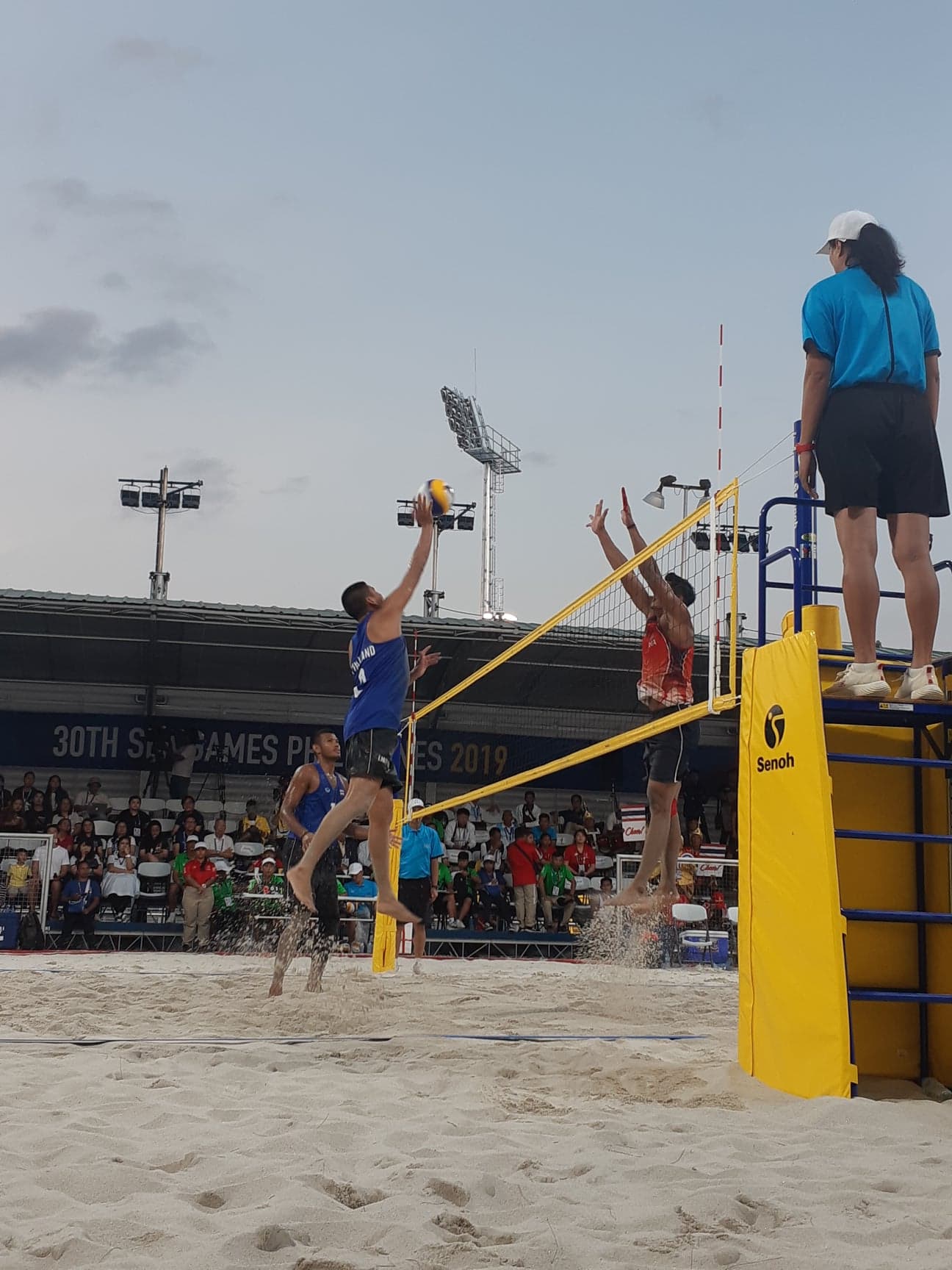 Indonesia captured the 30th SEA Games title with a remarkable unbeaten record by not dropping a single set to their respective rivals en route to winning the gold medal on Friday. The victory also gave the Indonesia men’s team a berth to compete at the 2020 AVC Beach Volleyball Continental Cup Finals, where only the winning team will secure their berth for the Tokyo 2020. 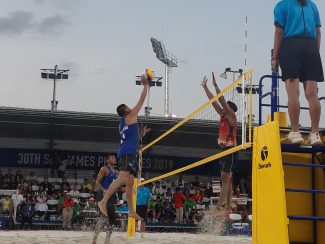