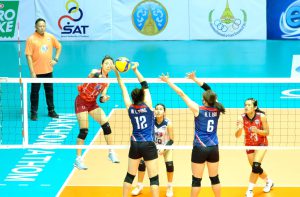 Hong Kong, China came up in full force in the opening set to lead 2-0 before hosts Thailand, represented by the U20 squad which are prepping for the July 4-11 Asian Women’s U20 Championship in Kazakhstan, hit back to level 2-2. Still, the visitors responded well and came through with their impressive form to surge ahead the host side 6-3. 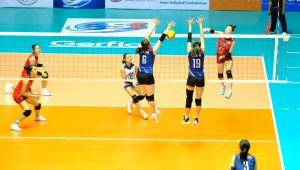 After that, Thailand mixed the offensive combination of Amphat’s devastating attacks and powerful jump serves with Donphon’s powerful spikes to score six successive points, meet them at 6-6 and storm past the visitors 9-6. Both sides battled hard, but the Thai team had more individual talents as they punctured the rivals’ defence with exceptional attacks to advance with a six-point advantage at 17-11. 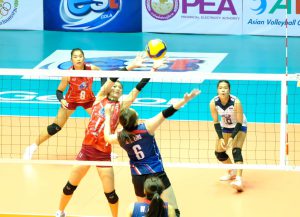 From then on, the rhythm was still with Thailand as they excelled in attack, while Hong Kong, China’s nerves began to fray. The host girls seized the opportunity to attack powerfully from all angles for a commanding 24-16 lead, needing only one more point to capture the set. 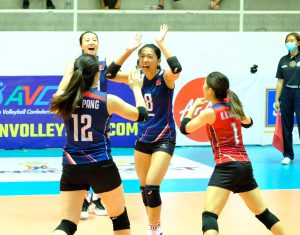 However, the determined Hong Kong, China did not want to surrender easily as they put their acts together to save four set points before a spike from the 185cm Yeung Sau Mei, the team’s tallest player, went to the net and the host side took the set 25-19. 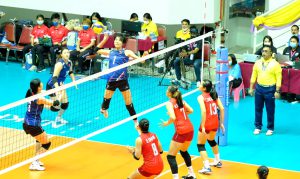 Going down one set, Hong Kong, China intensified their defence, allowing the Thais’ scoring difficulty. Amazingly, it was the visitors who stole the show as they attacked and blocked effectively to turn the table on the host side and their determined efforts were handsomely rewarded when they led all the way until 23-20. Their delight did not last long as Thailand counter-attacked well to score three points in a row to catch the visitors at 23-23. The host team went ahead 24-23 when a spike from Hong Kong, China went wide before a thundering spike from Ampha went without returning. Thailand snatched the hotly-contested second set 25-23. 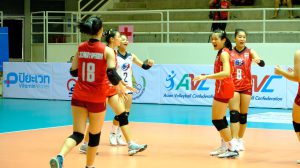 Thailand continued their superb form in the third set which turned out to be a one-way traffic.The host side led with a four-point clear at 6-2, seizing the opportunity when Hong Kong, China lost Yeung Sau Mei, one of the team’s major forces who sustained an injury at the end of the second set. Still, Hong Kong, China played well with one goal in mind – to make amends for the first two-set loss, but still proved no match to the much stronger Thais to fall far behind 7-18. 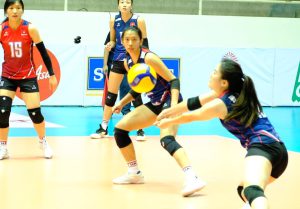 It seemed that Hong Kong, China poured everything they had for a comeback, but Thailand dashed their high hopes, maintaining their blistering run of points to clinch the easy set 25-11 and match. 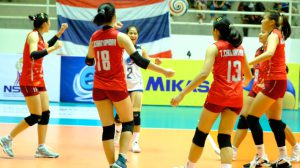 After the match, Thai head coach Thanakit Inleang admitted that his players played nervously in their first encounter, hoping that they can come up with better performance in the next matches.

Team captain Donphon Sinpho, who topscored with 17 points for Thailand, said, “Our team had much pressure in this competitive match, but fortunately we overcame the pressure to win it. We will try to do better in the next matches.”