Hanoi,Vietnam, July 19, 2019 – Thailand’s overwhelming dominance continued through a fusion of skill and brute force as they annihilated Chinese Taipei in thrilling three-setter 25-14 25-18 29-27 to set up a semi-final clash against powerhouses China in the semi-finals of the 3rd Asian Women’s U23 Volleyball Championship at Gia Lam Gymnasium on Friday. 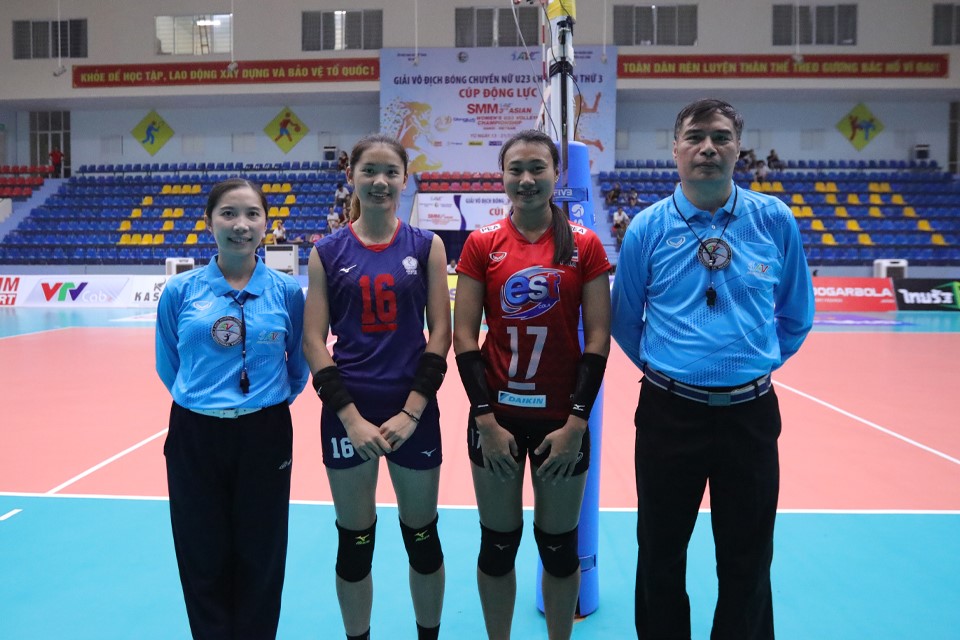 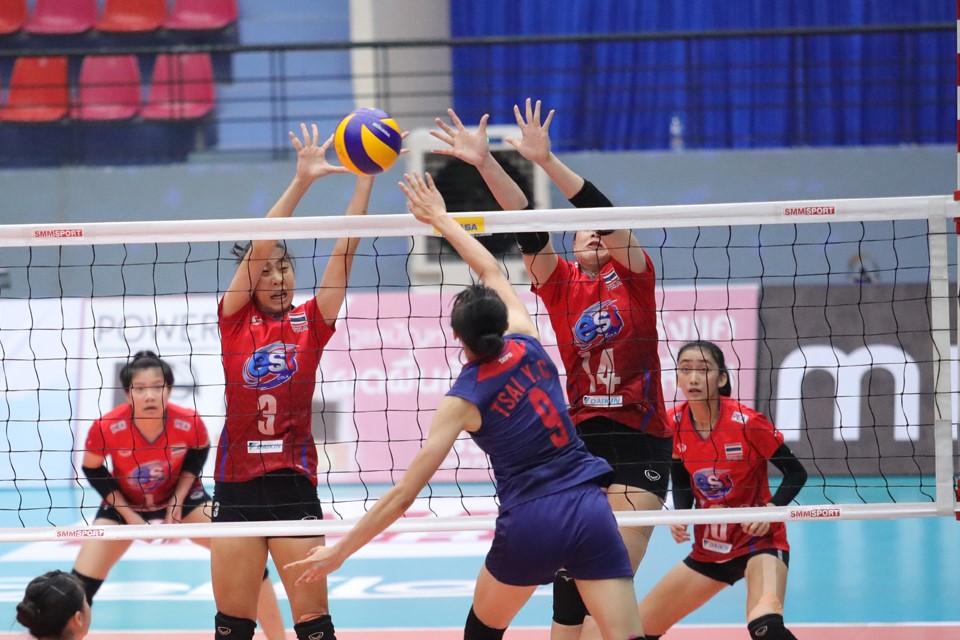 Powerful hitters Pattiya and Thanacha were on the board shortly after the first whistle and followed up a few powerful spikes moments later to ominously stamp their authority early in the first-set contest for Thailand’s initial lead 12-9. Chinese Taipei still had no answer to the irresistible Pattiya and Thanacha as Thailand took the comfortable first set 25-14. 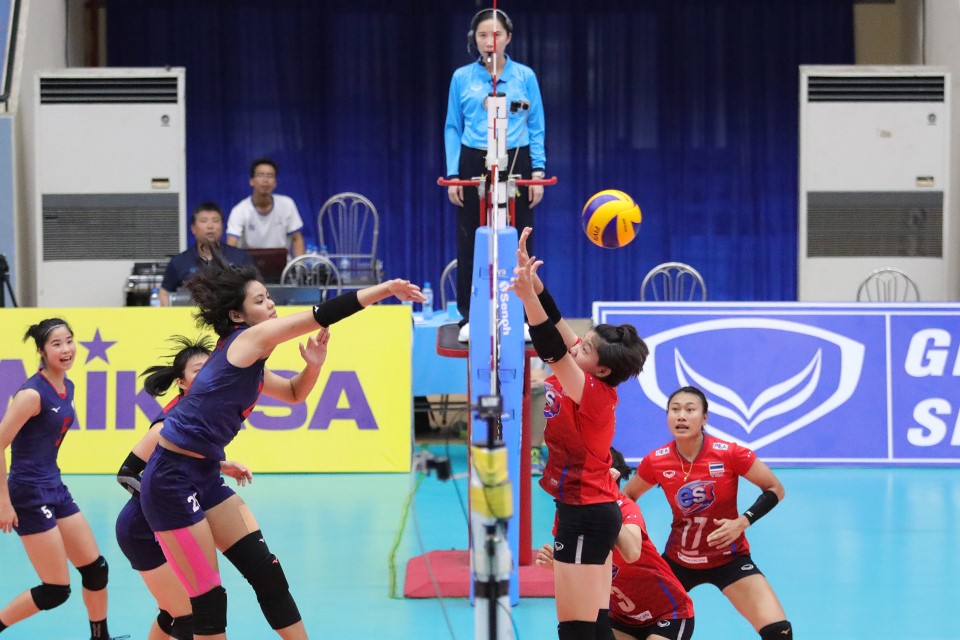 Both teams came out with almost the similar standard in the second set as the scores were tied at 3-3 and 5-5 before the Thais had enough in their tank to attack powerfully and advanced with a three-point clear at 12-9, thanks to Pattiya’s exceptional attacking ability. As Chinese Taipei became prone with unforced receiving mistakes, Thailand grew in confidence and played smart and positioning themselves well for the counter-attacks as the teams traded points in a mirror image of the first set. Thailand fared better offensively as Thanacha carried out well-placed serves to move the team ahead 13-9 and a solid block from Tichaya Boonlert and Tirana Sang-Ob made it 14-9 for the Thai side. 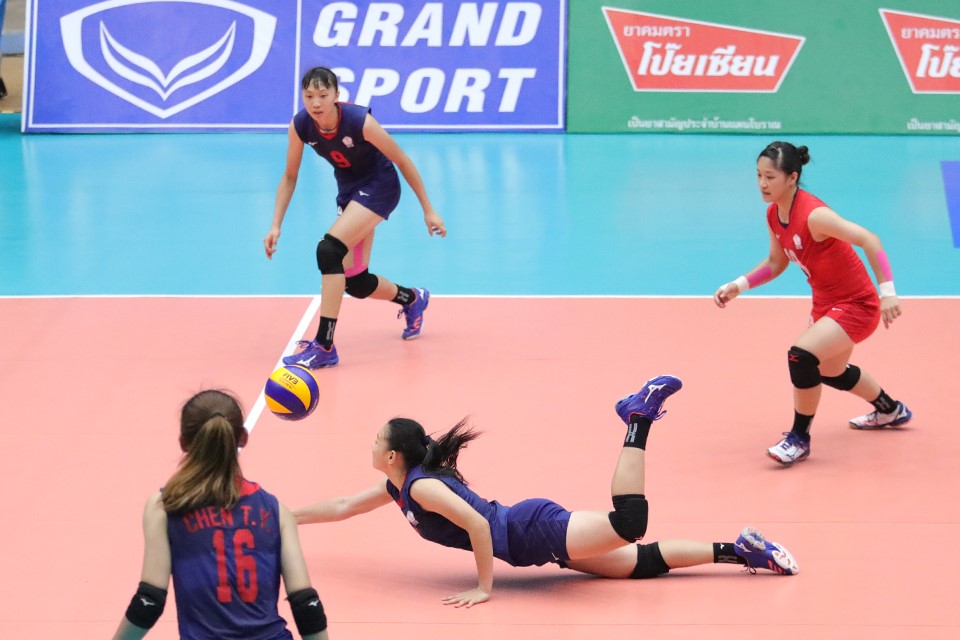 Thailand temporarily dropped their rhythm when Chinese Taipei unleashed on several blows to win four points in a row. Fortunately, superb net play from coach Chamnan Dokmai’s players continued to strangle the rivals and Thailand ran away with it through perfectly executed set for the 25-18 win. 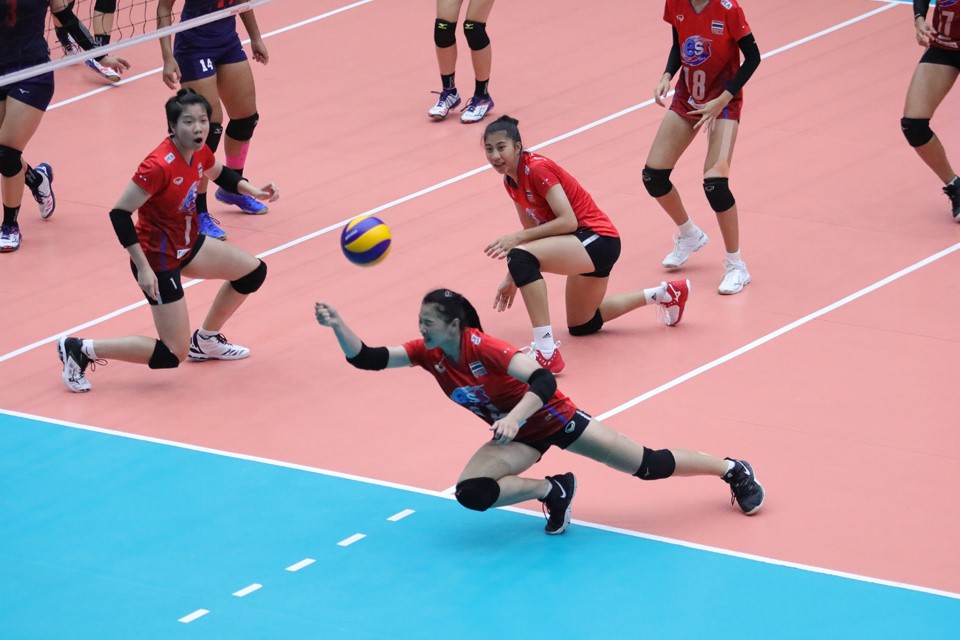 Going down two straight sets, Chinese Taipei upped their tempo with high hopes of making a comeback. Still, Thailand impressively resisted the rival’s best efforts. Holding a 20-18 advantage, the Thai side showcased a dose of grit, with Wipawee Srithong penetrating the Chinese Taipei’s defence with her spectacular mid-court attacks and Pattiya uncorking a barrage of fierce attacks. As both teams were locked in a tight contest, Thailand did better in the final assault to win the hard-fought set 29-27, match and a semi-final berth. 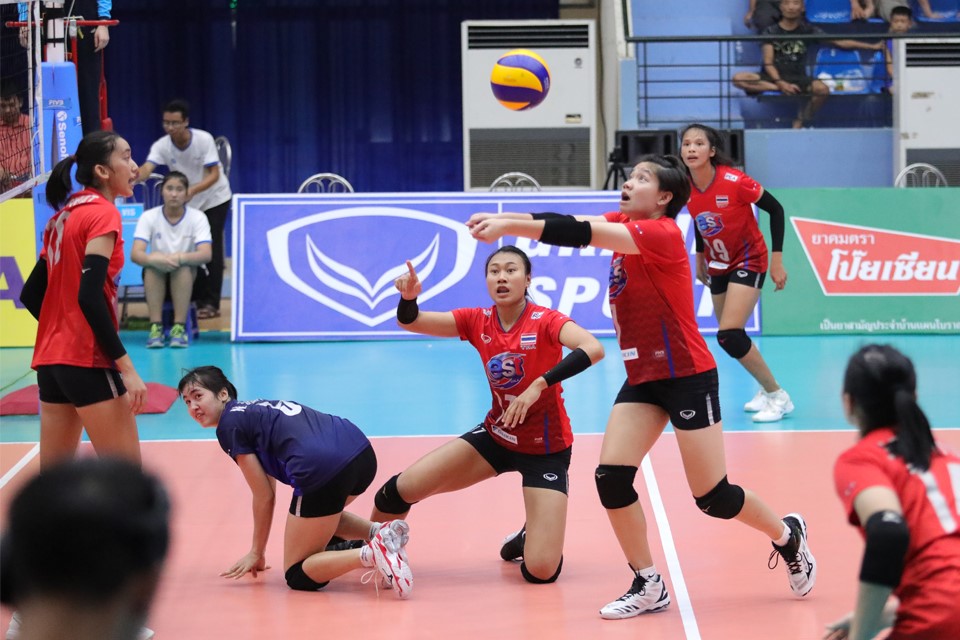 “We played well according to game plan. My players played confidently and tried to come up with their best performance. On the other hand, Chinese Taipei seemingly looked stressed and lost concentration. That’s why they made more mistakes than us. Against China in the semi-finals, I’m still upbeat that this China team are not too strong and tall. We can cope well with their tactics and form. To beat the Chinese, we have to play with confidence as we did in this match today and avoid unforced mistakes. If so, I’m confident we can beat them,” commented Thailand head coach Chamnan Dokmai.