Bangkok, Thailand, March 29, 2019 – The FIVB Beach Volleyball World Tour returns for the second-straight season to Pak Bara Beach in Satun as Samila Beach in Songkhla will be the site for the 2019 Asian Beach Volleyball Tour Samila Open, which is set to be held for the 20th time in succession.

Mr Somporn Chaibangyang, president of the Thailand Volleyball Association, and AVC Secretary-General Mr Shanrit Wongprasert jointly presided over the Friday’s press conference on the staging of both events to be organised next month in the south of Thailand. 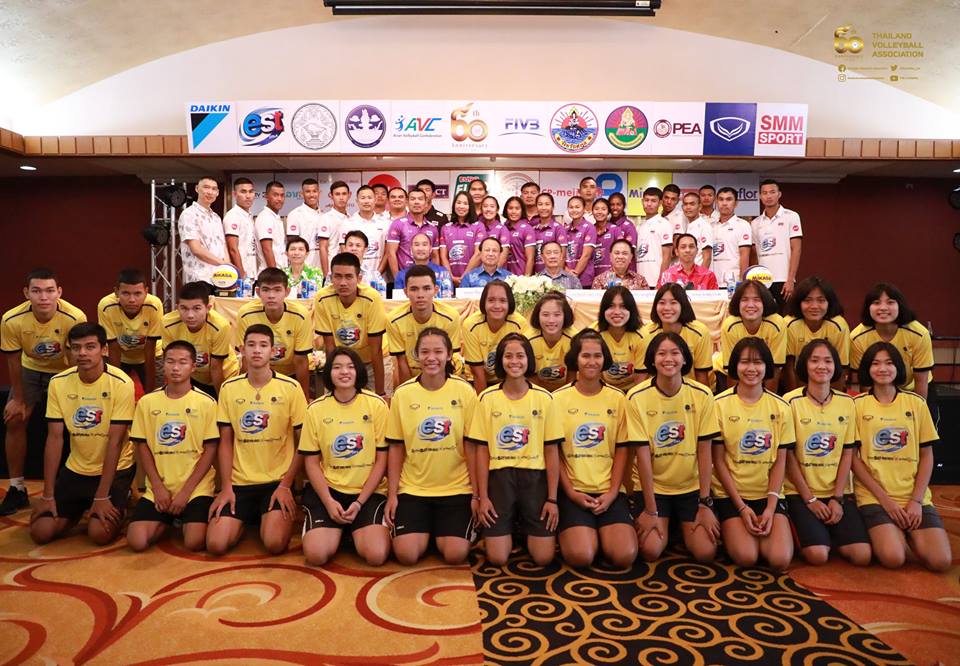 Also attending the Friday’s meeting at Alexander Hotel Bangkok were Songkhla Deputy Governor Mr Ampon Pongsuwan and Satun Deputy Governor Mr Wongsakorn Noonchukhan, both of whom spoke about final preparation the two host cities have made since the first event, the FIVB Beach Volleyball World Tour SMM-Pak Bara 1-Star double-gender event, is just one week away. 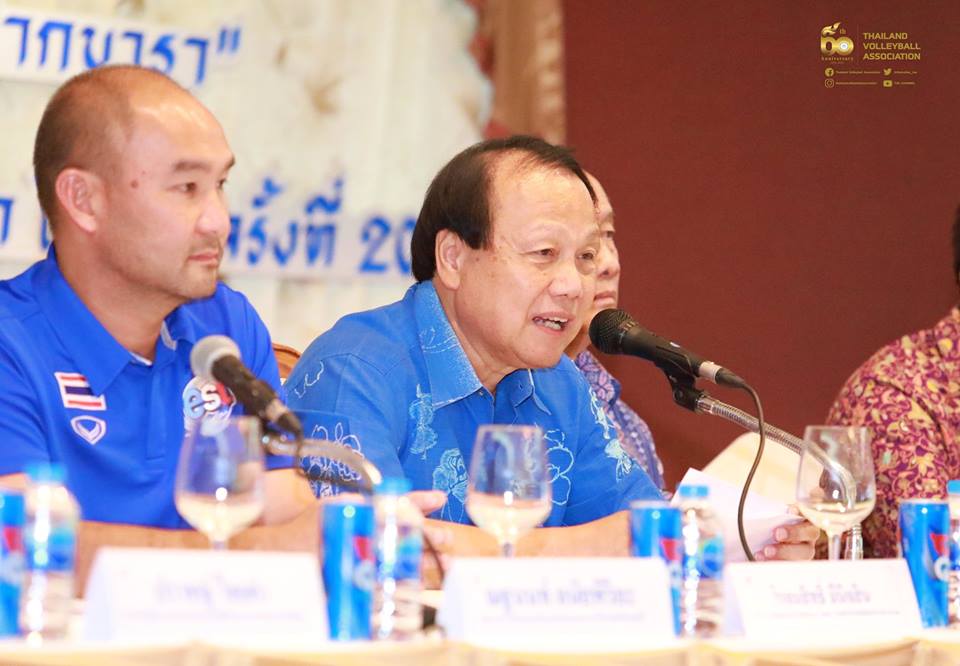 The FIVB Beach Volleyball World Tour SMM-Pak Bara 1-Star will take place from April 8 to 11 at the Pak Bara Multi-purpose Field in La-Ngu District, Satun, while the “SMM” 2019 Asian Beach Volleyball Tour 20th Est-Cola-Samila Open will be organised between April 14 and 16 at the Samila Beach Volleyball Venue in Songkhla.

In his speech, Mr Somporn said, “This is the fourth edition of the beach volleyball competition at Pak Bara, but the first two were the Asian-level events and the remaining were the world-class competitions. The Pak Bara venue has been regarded as one of the Thailand’s fantastic beach volleyball venues. On competition days, spectators will throng into the venue to its full seating capacity, resulting in the packed venue and a huge crowd of audiences boosting their teams’ confidence. It’s something to come beyond our expectation. Furthermore, all sectors in this host city have thrown their full support in helping make the tournament a significant success.”

He added that the “SMM” 2019 Asian Beach Volleyball Tour Est-Cola-Samila Open is being held for 20 times in a row and it is quite clear that to host the tournament continually for 20th time in succession can boast the longest period of beach volleyball competition a city can host. Without doubt, with such a long period of hosting the competition, Songkhla has already turned out to be a very successful host city with experienced organising committee members and dedicated working staff. 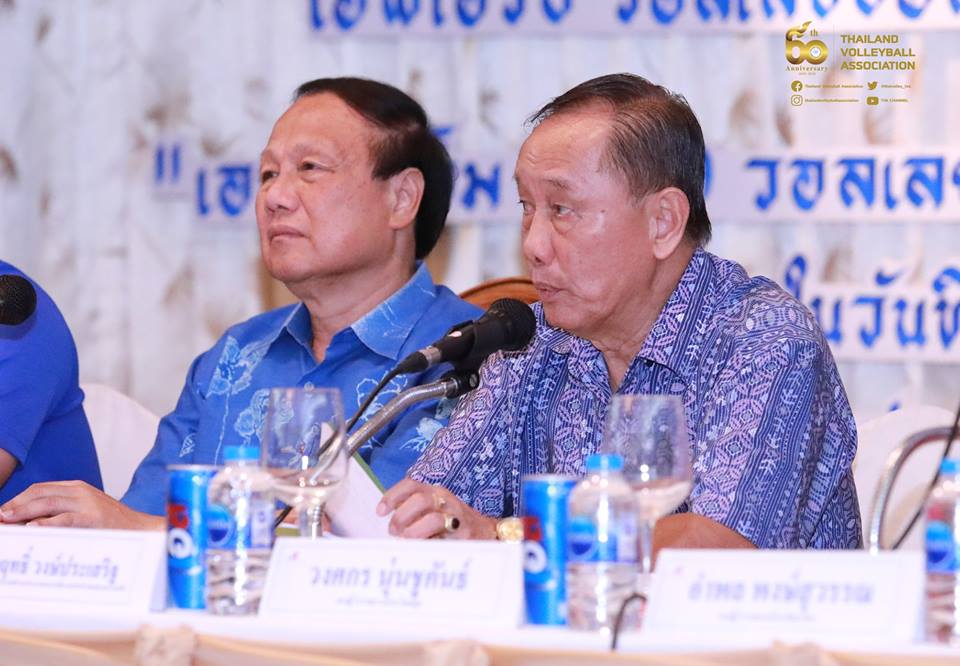 Mr Rojanasit Meenijacin said on behalf of the sponsors ThaiBev that he wished the Thai players in both tournaments a great success and at the same time, ThaiBev continues to give its full supports for Thai players and develop Thai volleyball from grassroots to national level in order that Thai volleyball can meet international standards.

Mr Ampon Pongsuwan was in the happy and confident mood, citing that from the past 19 years of hosting the Asian Beach Tour Samila Open, this year’s edition will be bigger and better than the previous ones.

“I believe that all participating players will be immensely impressed by facilities and arrangements the organisers have provided. More importantly, the competition will be held during the Water-Splashing Festival or Songkran Festival between April 14 and 16 and we, the organisers have already prepared fun activities for players and officials. I hope that they all will have fun ahead of the tough competition,” he said. 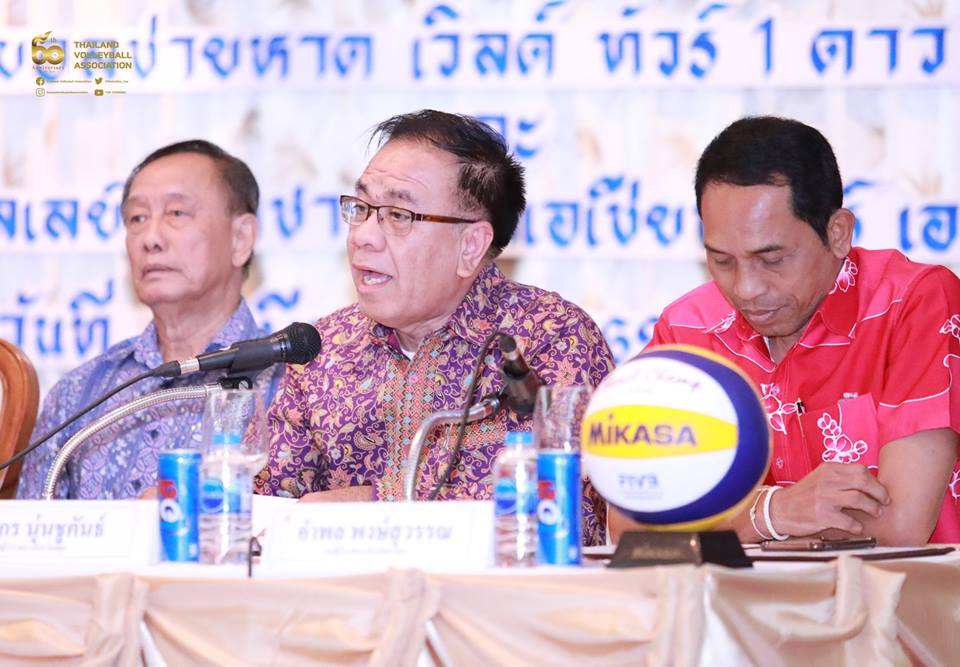 In terms of the participating teams, a total of 12 teams from 7 countries comprising Iran, Kazakhstan, New Zealand, Qatar, Singapore, Ukraine and Thailand will compete in the Men’s Main Draw of the FIVB Beach Volleyball World Tour “SMM Pak Bara” 1-Star in Satun. The qualification will see 16 teams single elimination to qualify 4 teams to the main draw.

Among the 16 teams to compete in the qualifying round are 15 teams from Austria, Colombia, Hungary, Japan, Kazakhstan, Malaysia, Norway, Oman, Poland and Chinese Taipei. Another team from the continental qualification, where teams from Canada, South Africa and the USA will battle it out, will secure a berth for the qualifying round.

In the women’s event, 12 teams from Australia, Colombia, Japan, New Zealand, Chinese Taipei, Ukraine, Vanuatu and Thailand will enter the Main Draw, while the qualification will also see 16 teams single elimination to qualify 4 teams to the Main Draw. 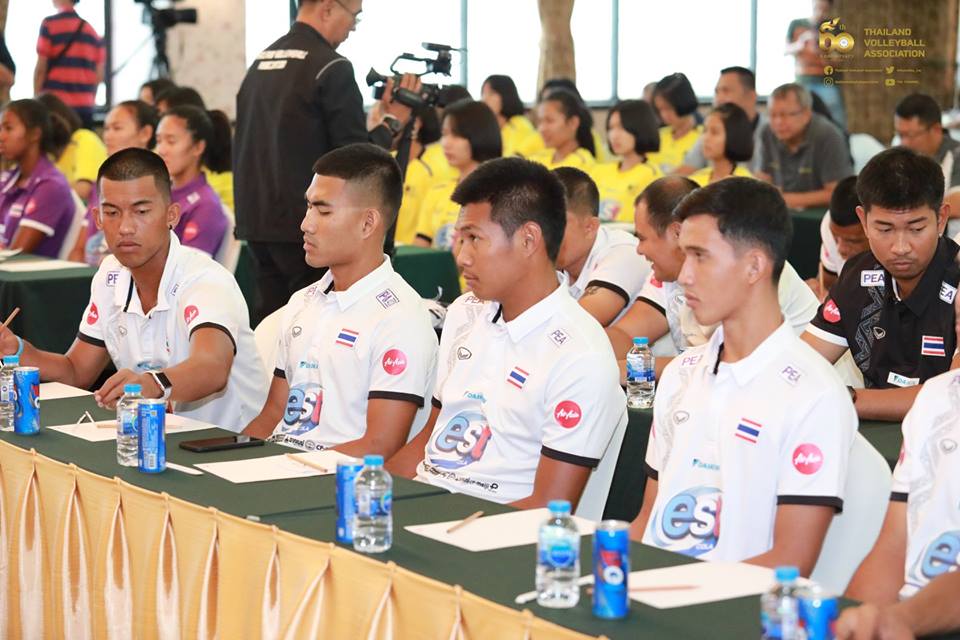 As for the “SMM” 2019 Asian Beach Volleyball Tour 20th Est-Cola-Samila Open, a total of 20 teams from 12 countries comprising Australia, China, Indonesia, Iran, Japan, Malaysia, New Zealand, Oman, Qatar, Singapore, Chinese Taipei and Thailand will compete in the Men’s Main Draw, while the qualifying round will see 4 teams advance to the Main Draw.

In the women’s event, a total of 24 teams from 13 countries comprising Australia, China, Hong Kong China, Indonesia, Japan, Kazakhstan, Malaysia, New Zealand, Singapore, Sri Lanka, Chinese Taipei, Vanuatu and Thailand will be pitted against one another in the Main Draw, resulting in no qualifying round to be held.