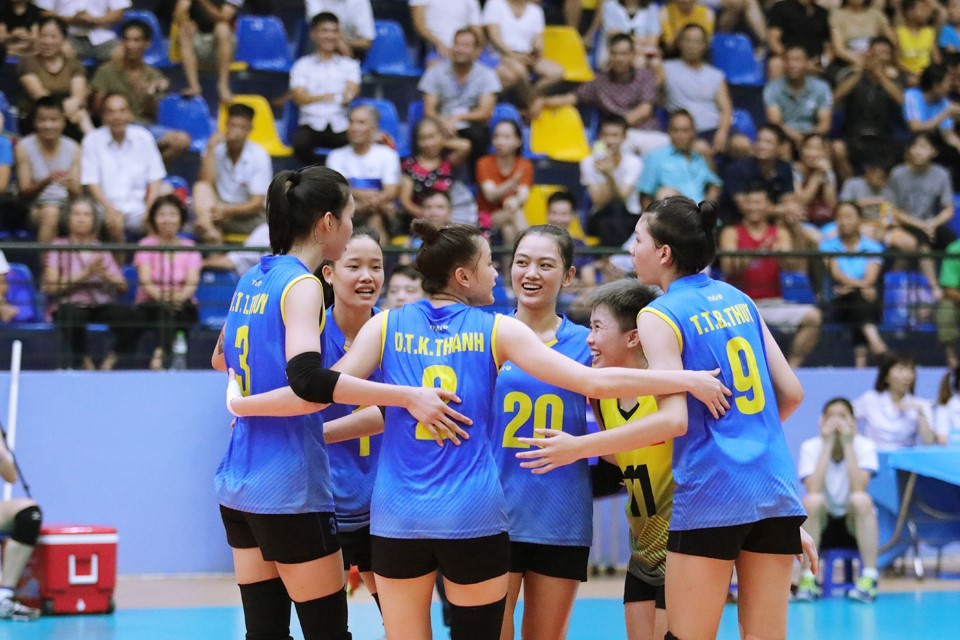 Tran Thi Thanh Thuy, who won the Best Outside Spiker at the previous edition in Nahon Ratchasima, Thailand two yeas go, bagged 21 attack points, a team-leading 3 blocks and 2 aces for Vietnam, while Tsai Yu-Chun led Chinese Taipei with 18 points including 14 attacks from 30 attempts. 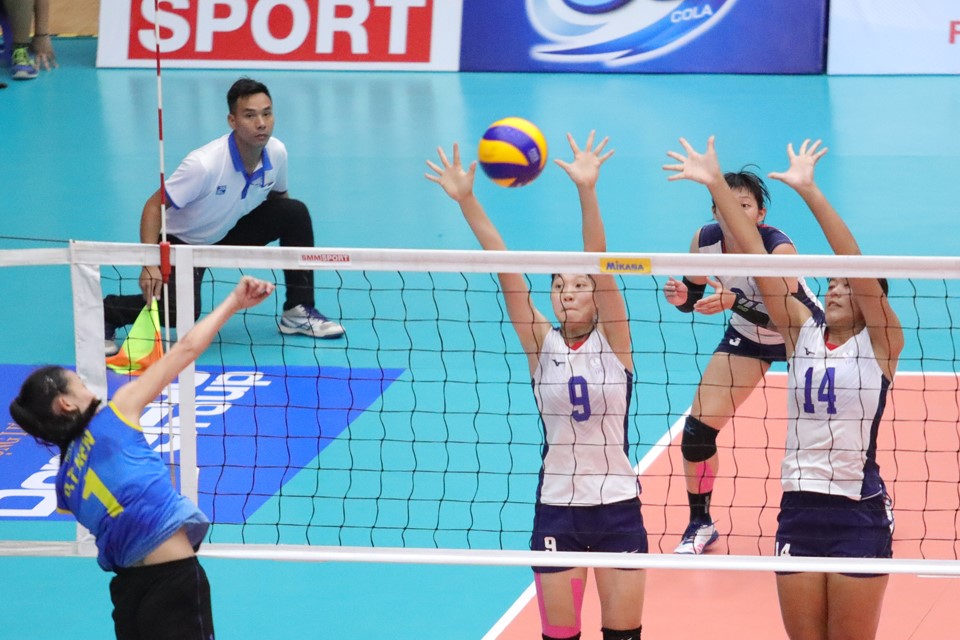 Straight off the mark, Tran Thi Thanh Thuy and Duong Thi Hen were on target and the rivals struggled from the very beginning of the first set as they were being picked apart by the high-flying hitters, leaving the host side to take an early 3-0 lead. Chinese Taipei regained their composure to storm back with powerful attacks from left-hander Liu Yu-Chun and Tsai Yu-Chun to catch up with the hosts at 15-all and went on their exceptional form to win the first set 25-20 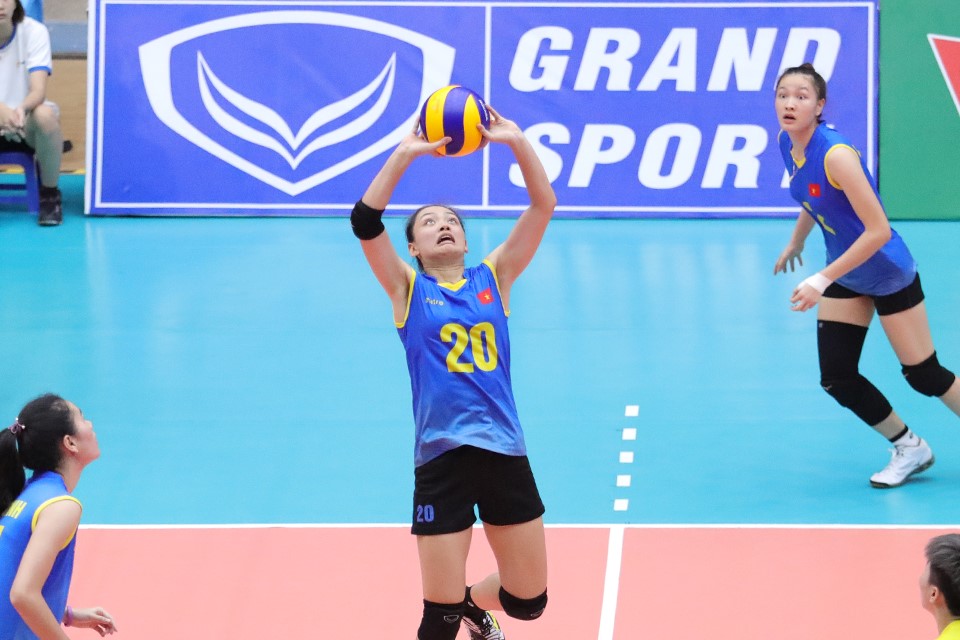 Cheered on noisily by drum-beating fans, Vietnam turned things around at the beginning of the second set as the visitors misfired and the home side raced to a 14-10 advantage. Coach Koji Tsuzurabara’s players made the most of the timeouts and Chinese Taipei bounced back mightily, with Chen Yzu-Ya joining forces with Tsai Yu-Chun for a strong comeback 21-22. However, Vietnam remained destructive with their thundering attacks for a close 25-22 win in the set. 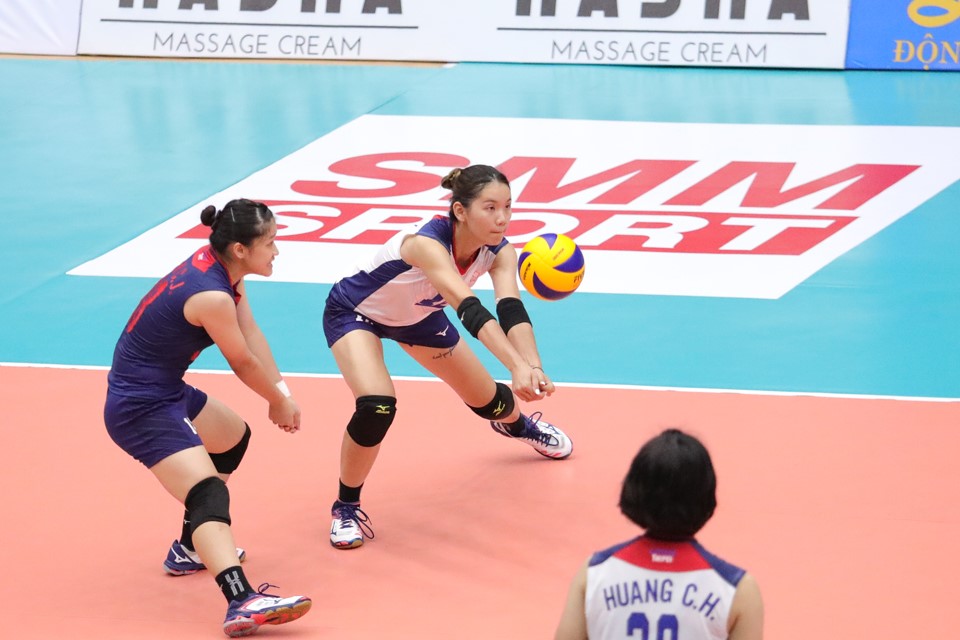 Chinese Taipei led initially 4-7 in the third set before the 187cm-tall Tran Thi Thanh Thuy fired back-to-back huge attacks to quickly help the host side level at 7-7 in front of a partisan crowd inside the gymnasium. Shortly after that, Vietnam turned a well-oiled gallic machine as Tran Thi Thanh Thuy uncorked a barrage of aggressive spikes to put the host side in front with a 6-point clear at 23-17 and advanced 24-21 before Duong Thi Hen produced an effective drop for Vietnam’s 25-21 win in the set. 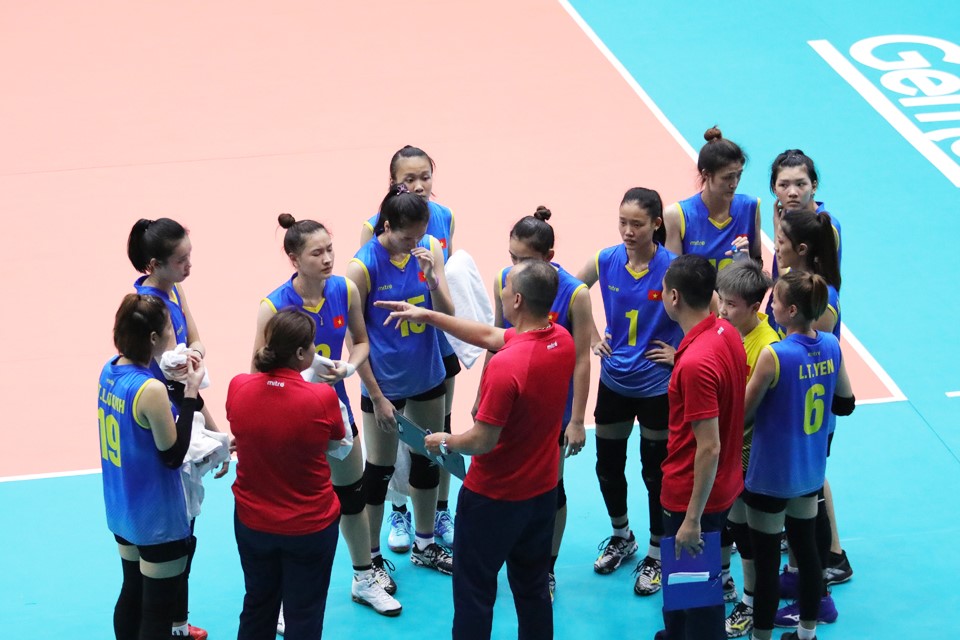 The fourth set seemingly turned out to be one-sided when Vietnam entertained the cheering home crowd with their brilliant form to lead by wide margins 20-9. A last-ditch effort by Chinese Taipei, followed by a gritty rally, raised the faint hopes of the visiting team. Despite a brave fight, Chinese Taipei found Vietnam a tough nut to crack and eventually went down 16-25 and match. 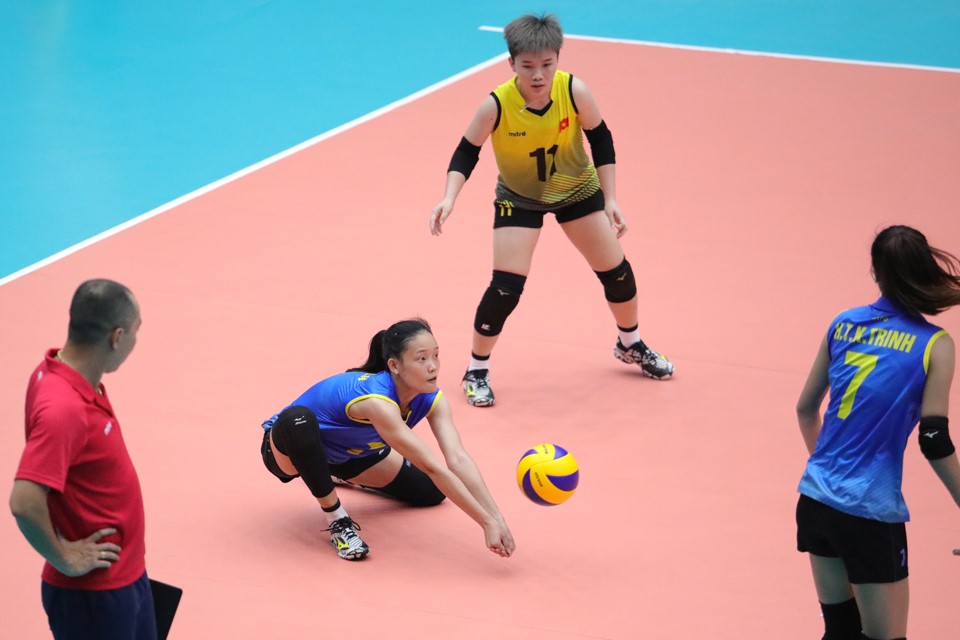 “We did not play well enough because at the very beginning of the match, some of my players felt a bit stressed. Fortunately, they calmed down after that and got back into the game. I think my players played with 50-70% out of what they had,” Vietnam head coach Nguyen Tuan Kiet commented. 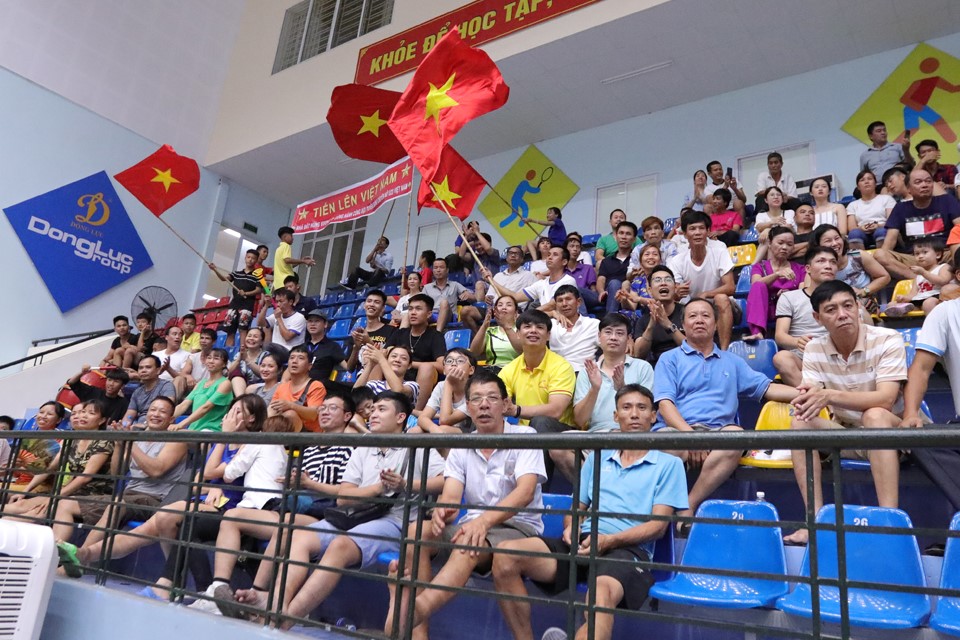 “We next take on China, the team which are much stronger than my team. However, my players are young and still have power and I believe that they will try their best to fight against the Chinese. I’m also upbeat that Vietnamese fans will come support us and this can boost my players’ morale and confidence. The key point to a success in this match is what I’ve told my team “Believe that you can do cause you can do it.” 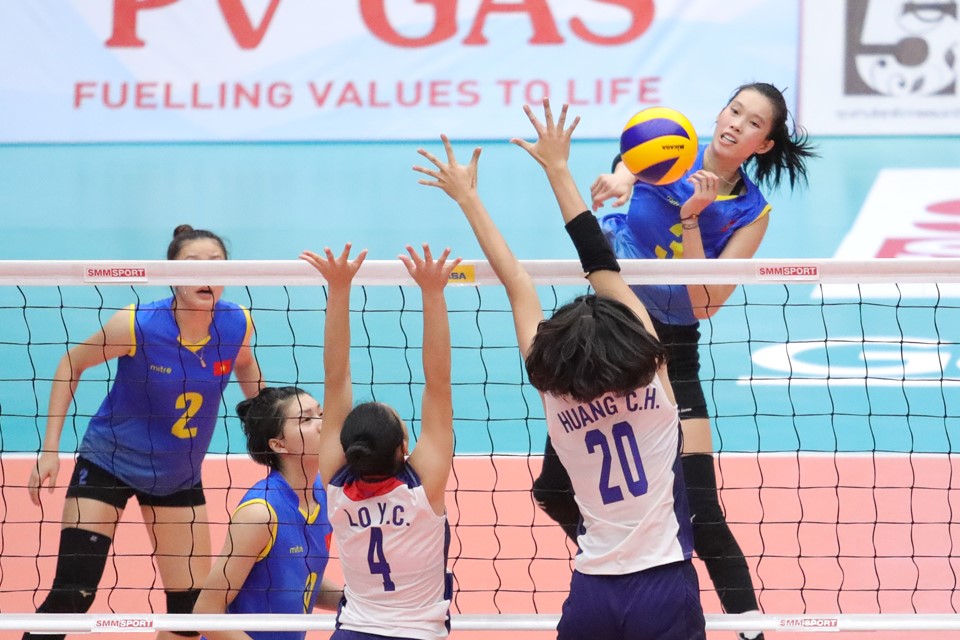 THANACHA AND PATTIYA POWER THAILAND TO STRAIGHT-SET WIN AGAINST KAZAKHSTAN 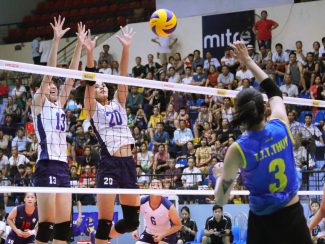 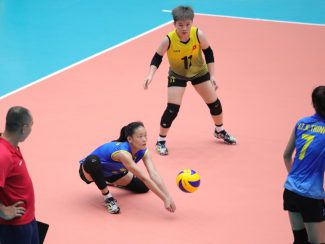 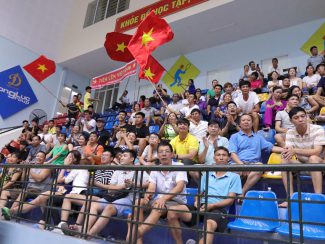 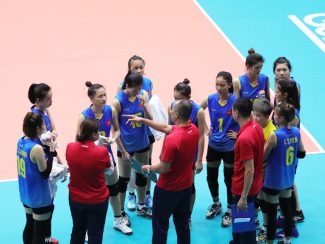 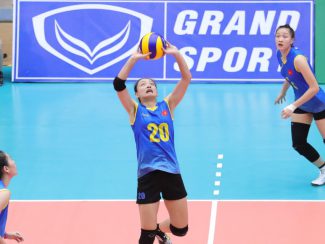 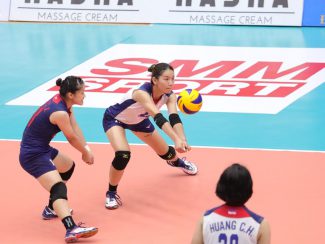 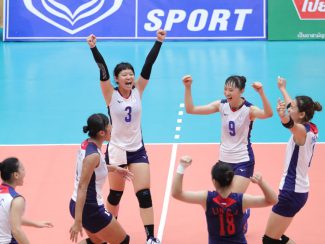 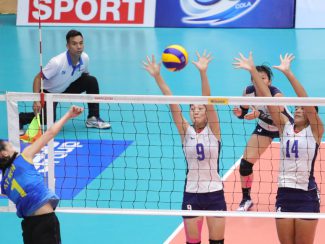