Tuan Chau Island, May 11 2019 – All four pool winners from Friday went on to win their quarterfinals on Saturday in straight sets to move on to Sunday’s semi-finals at the women-only one-star stop on the FIVB Beach Volleyball World Tour in Tuan Chau Island. 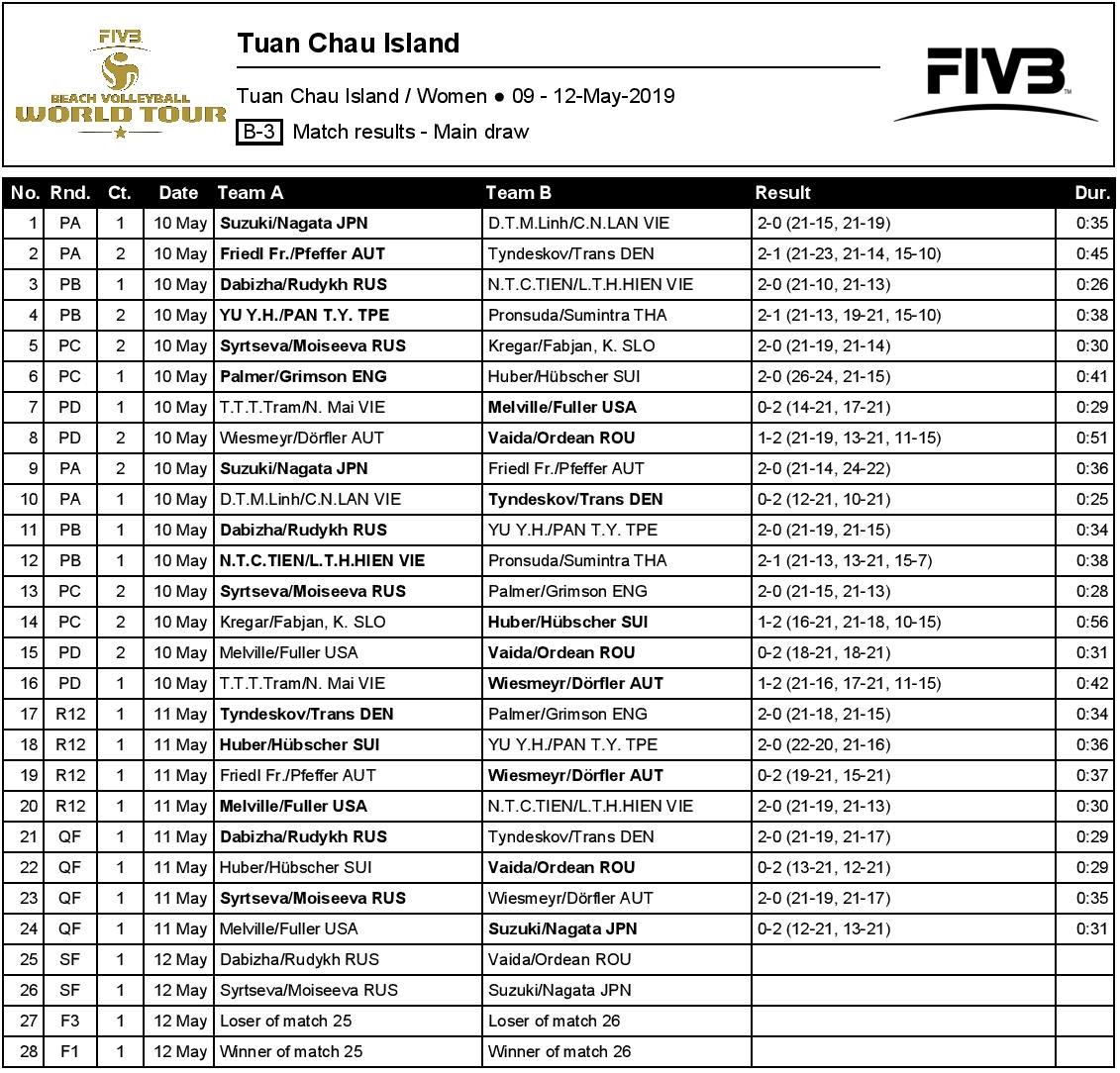 In a similar fashion, top-seeded Yukako Suzuki and Yui Nagata of Japan mastered a 2-0 (21-12, 21-13) win over USA’s Kaley Melville and Lindsey Fuller. 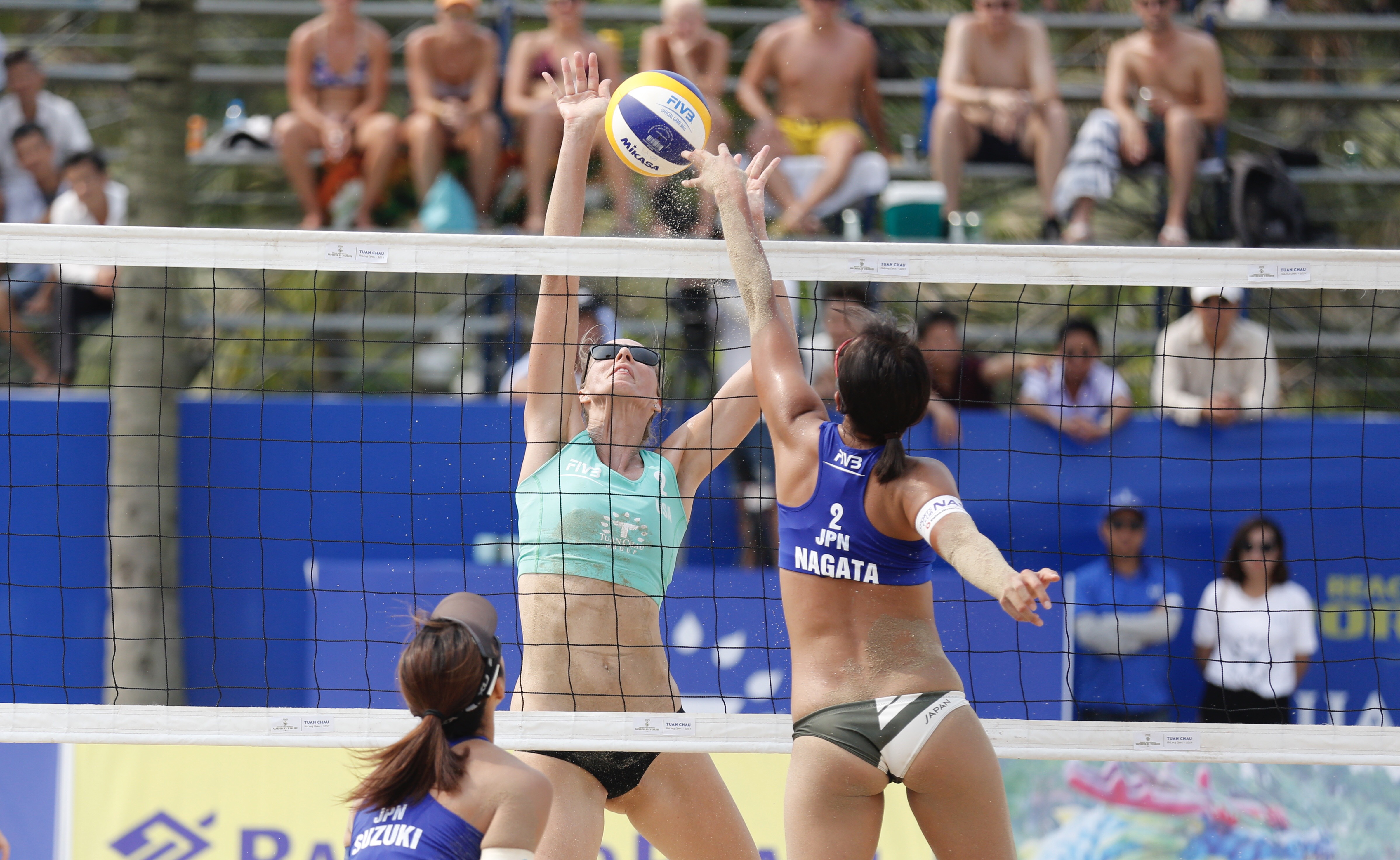 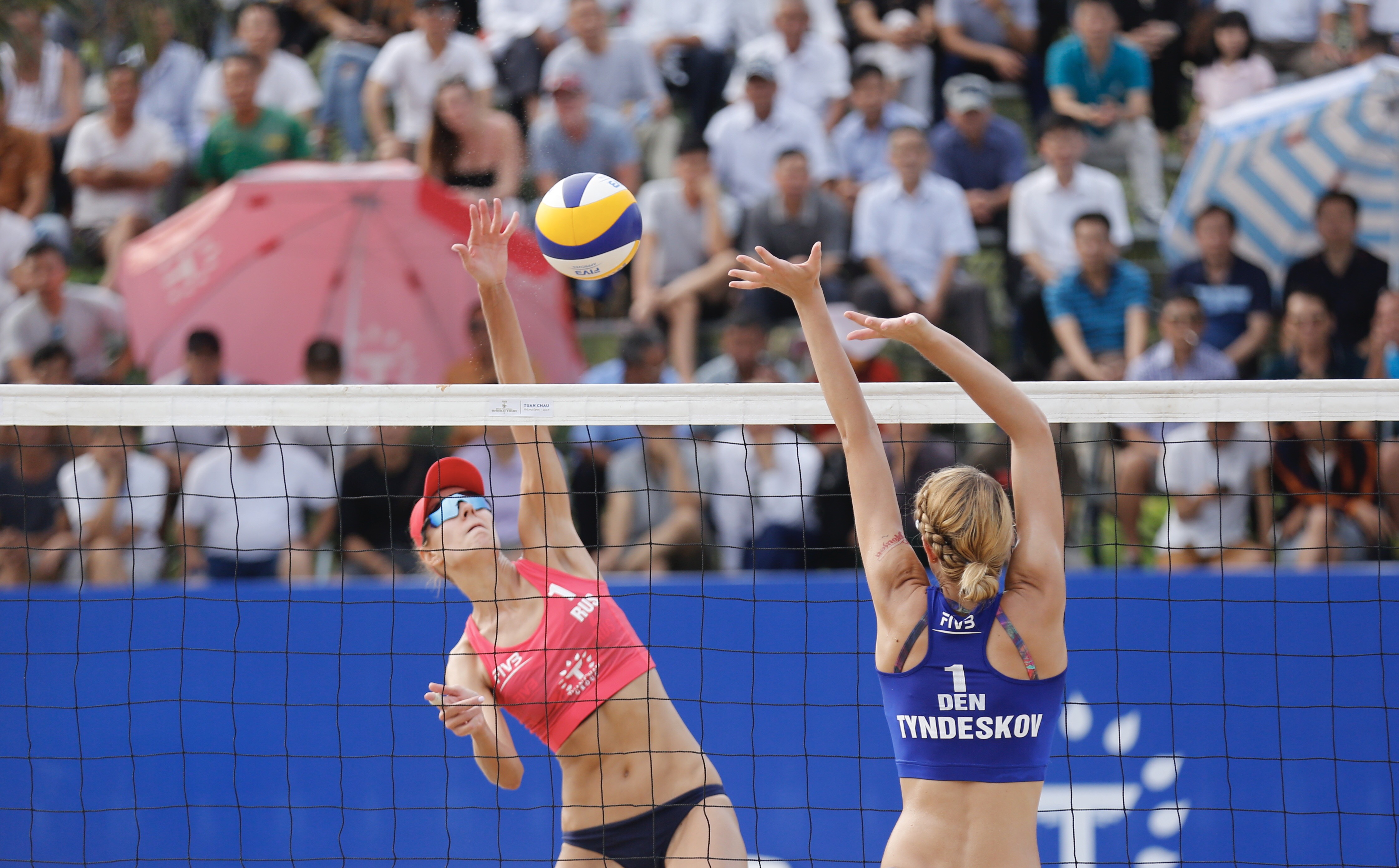 The all-Austrian clash between Wiesmeyr and Doerfler and Franziska Friedl and Eva Pfeffer of the first elimination round on Saturday morning was the longest running match of the day, closed at a final score of 2-0 (21-19, 21-15) after 37 minutes of play.

All games on Sunday will be streamed live on the https://www.youtube.com/user/videoFIVB

In the first semifinal, starting at 09:00 local time, Syrtseva and Moiseeva will challenge Suzuki and Nagata. 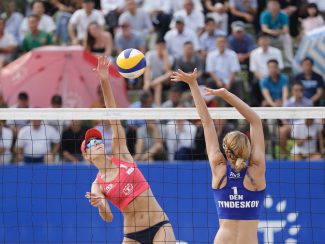 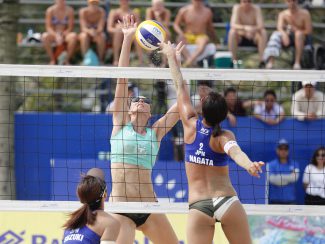 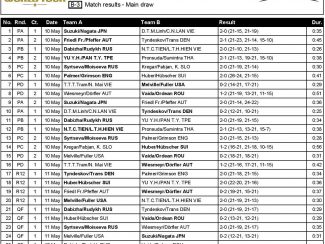 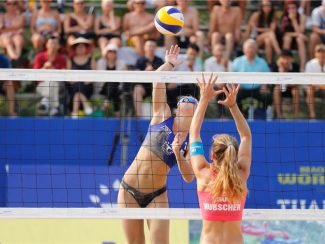