A Memorandum of Understanding was signed between Thailand Volleyball Association and Ramkhamhaeng University to join hands in developing volleyball not only for players in particular, but also for coaches, referees and the organisers as well as the use of high technology in analysing players’ and teams’ performances and modern technology in the sport to support referees’ decision making. Attending the ceremony were representatives from both parties including TVA Secretary-General Mr Jaksuwan Tocharoen. AVC Secretary-General Mr Shanrit Wongprasert, Mr Chai Nimakorn, Director of the FIVB Development Centre Thailand, and Mr Issara Riddhisinha, General Manager of the Development Centre, were among guests of honour.

The mutual cooperation between the two bodies is aimed at showcasing development of volleyball in Thailand and foreign teams arriving to use the FIVB Development Centre Thailand with full supports of Ramkhamhaeng University in forms of place and personnels from the varsity. 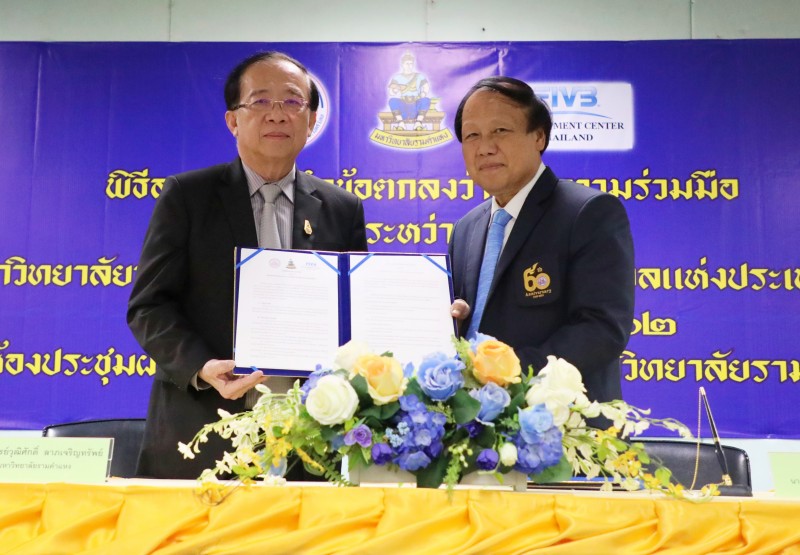 “On behalf of the TVA, I would like to express my sincere thanks for Ramkhamhaeng’s continued supports for more than 30 years in terms of personnels and all facilities provided. The well-qualified staff from Ramkhamhaeng University coming to assist the TVA on our assignments and tasks ahead have played a vital role in developing Thailand volleyball,” cited Mr Somporn.

“Volleyball development in Thailand has already come far beyond expectation. It has come out from nothing. Formerly, Thai people paid less attention in the sport, but it has already turned out to be one of the most popular sports in Thailand, while Thailand volleyball team also become a strong team to be reckoned with continentally and globally.

According to the TVA President, people from more than 30 countries have arrived in Thailand to use the FIVB Development Centre in Bangkok including those attending volleyball courses and seminars as well as foreign teams taking turns in undergoing their intensive training for the whole year. These visitors have been immensely impressed following good service and kind assistance from Thai staff provided by Ramkhamhaeng University and the FIVB Development Centre Thailand, resulting in them coming back to the country year after year. Thus, Ramkhamhaeng University has become internationally recognised among those visiting Thailand and those surfing the internet on the FIVB and the AVC websites.

Due to the continued development of volleyball in Thailand and their supported cooperation given to other countries, the decision was made by the AVC for the transfer of the AVC headquarters from Beijing, China to Bangkok, Thailand. The AVC head office in Thailand received a huge admiration and appreciation from all AVC affiliated member countries following their smooth running of all affairs after three years in office. 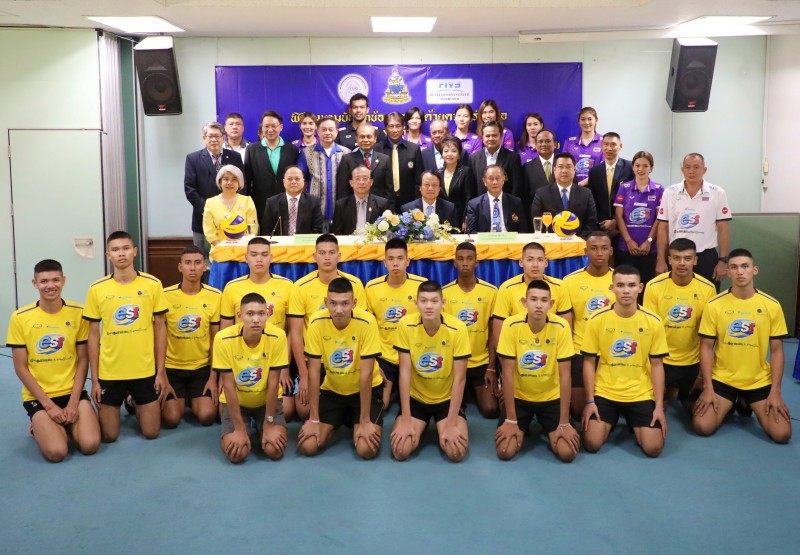 “Moreover, the TVA has also received supports from Ramkhamhaeng University in helping organise various Thailand Championships and other activities including training, seminars, courses and intensive training of Thai teams and overseas sides. I would like to say that we, the TVA are glad and honoured to sign a MoU with Ramkhamhaeng University for effective and efficient development of volleyball in Thailand. The TVA are also delighted to join hands with the varsity on personnel development, giving them knowledge on volleyball through instructions, decisions, staging and match analysis and the use of technology in volleyball competitions. I hope that with this MoU, we will continue to strengthen the partnership and cooperation for sustainable development of volleyball in Thailand and all Asian countries,” Mr Somporn concluded.

TIANJIN ENTER CHINA SUPER LEAGUE FINALS AFTER STUNING COMEBACK WIN OVER JIANGSUMARIAFE ARTACHO DEL SOLAR GOING BACK TO WHERE IT ALL BEGAN: VOLLEYFEST 2019 AT MANLY BEACH