The first two sets saw Jiangsu gear up to pull the hosts away in the anaphase and conclude the sets 25-22 and 25-21.

It was almost becoming a one-sided match as Jiangsu continued their momentum to lead 9-2 in the third set. However, Tianjin, as a Finals frequenter in the past 16 years, proved their strength by launching an incredible comeback. With the improved service helping their attacks, they gradually regained form to tie the score 13-13 and found their winning way after that. Following a powerful spike by Li Yingying, Tianjin took back the third set 25-20 and totally reversed the situation from then on. 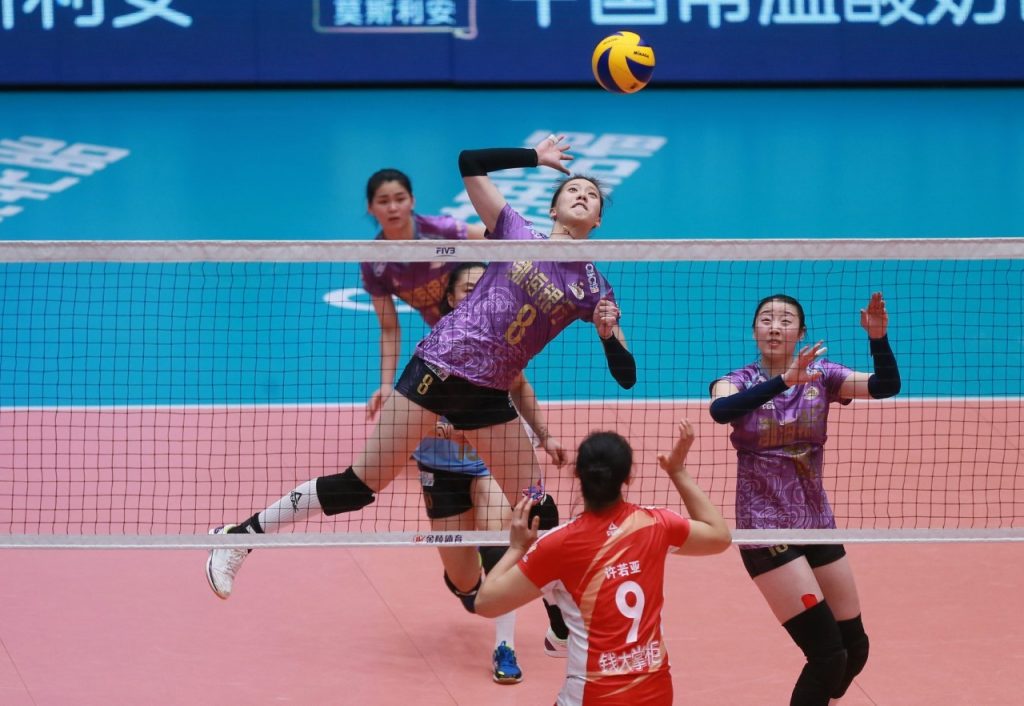 “I am very glad that we win the match today. Our reception is not steady in the first two sets. That’s what we should improve for the Finals. Du Qingqing performed very well today. I think she is capable for more challenges in the future,” commented Chen Youquan, head coach of Tianjin.

“Congratulations on Tianjin. Our players fully showed their fighting spirit in the first two sets. The turning point is the third set. They became overcautious. I hope they will never commit such mistakes in the future,” said Cai Bin, head coach of Jiangsu.

The Finals of the China Women’s Super Volleyball League (2018-2019) will kick off on March 9. Beijing Auto, as the first appearance in the Finals, will set up a best-of-five clash with title holders Tianjin, while Jiangsu will fight against Shanghai Bright Ubest in the best-of-three third-place playoff.