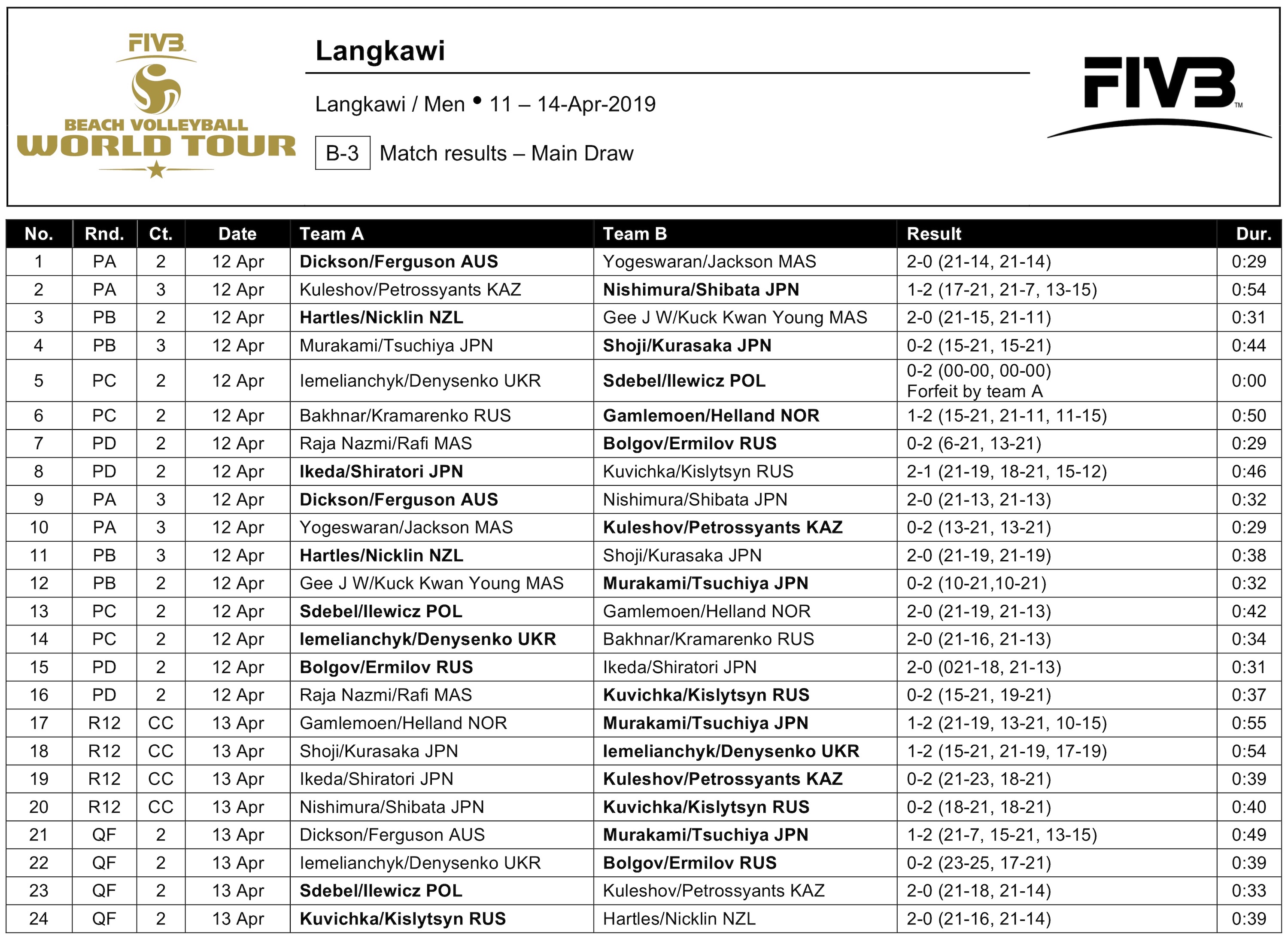 The two Russian duos made their way to the quarterfinals after qualifying to the main draw on April 11.

Andrey Bolgov and Vladislav Ermilov jumped straight to the quarterfinal round when they won both their matches in the group stage. Bolgov and Ermilov looked well rested and focused when they faced Satun 1-star winners and second seeds Vladyslav Iemelianchy and Denys Densyenko of Ukraine, as they trounced the latter 2-0 (25-23, 21-17).

Daniil Kuvichka and Anton Kislytsyn confirmed their semifinal berth after registering a 2-0 (21-16, 21-14) victory over New Zealand’s Thomas Hartles and Alani Nicklin. Prior to that, the Russian tandem escaped their round of 12 encounter against Japan’s Koichi Nishimura and Masato Kurasaka with a 2-0 (21-18, 21-18) win.

In other matches, Poland’s Adrian Sdebel and Piotr Ilewicz succeeded in their only match of the day to grab the semifinals spot with a 2-0 (21-18, 21-14) win over Kazakhstan’s Alexey Kuleshov and Artem Petrossyants. 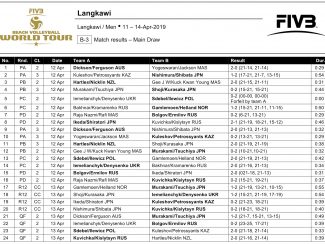 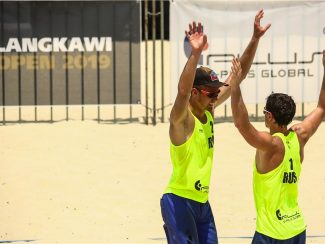