Nakhon Pathom, Thailand, July 5, 2021 – Hosts Thailand are riding the crest of a wave when their three teams withstood rivals’ challenge to reach the final day of the 3rd Asian U19 Beach Volleyball Championships, with Suchinna Choemphun/Apinya Saengpaeng and Australians Alisha Stevens/Stefanie Fejes setting up the final women’s showdown of the two unbeaten teams. 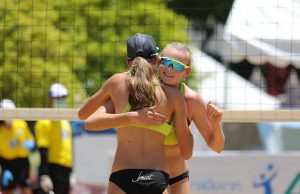 As searing heat continued on a sunny Monday at the competition venue in front of Mida Grande Hotel Dhavaravati Nakhon Pathom here, top seeds Suchinna and Apinya contested the first semifinal encounter against Patcharaporn Seehawong/Jidapa Bunongkhun in the all-Thais battle which saw the former still live up to expectations to brush off the less-ranked latter in comfortable two sets 21-13, 21-18 in just 27 minutes. 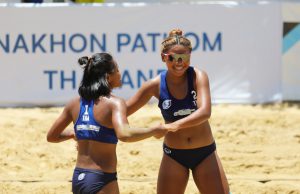 “It’s our first time in international tournament. We will do our best in the final match against Australia1, hoping to come up with fast attacks and effective serves,” Suchinna said at the Mixed Zone. “We need supports from home fans, watching us via live stream,” teammate Apinya added. 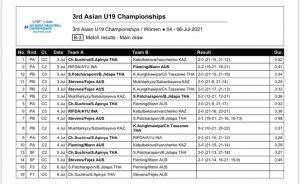 In the Tuesday’s final clash, Suchinna and Apinya, who have yet dropped a set to their respective rivals, will go up against Australia1’s Stevens and Fejes, who survived a scare from Jasmine Fleming/Jesse Mann to beat the Australia2 duo in thrilling three-setter 21-14, 16-21, 15-9 in 45 minutes. 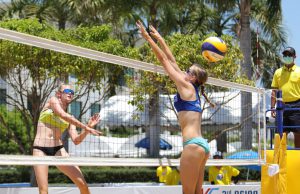 “We played a tough game against Jasmine and Jesse. They played really well, but fortunately we passed and so happy to be in the final. Please cheer us from home in our gold medal match,” Stevens said. 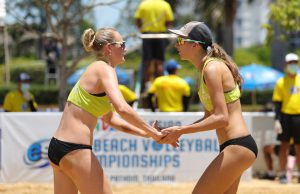 Meanwhile, Thailand1, Thailand2, Iran1 and Kazakhstan1 topped Pools A, B, C and D as the pool round-robin preliminaries came to a close in the men’s event on Monday morning, while Iran2, Australia, Kazakhstan2 and Thailand3 finished second in respective Pools A, B, C, D and had been drawn for their quarterfinal clash against those Pool winners. 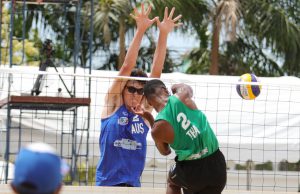 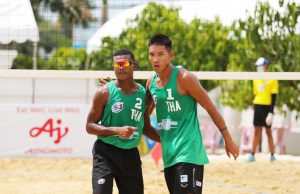 “We next take on Kazakhstan1 in the semifinals. I feel more relaxed and confident to contest the semifinals and I hope we can give our best performance again,” Netitorn said. 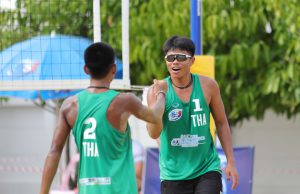 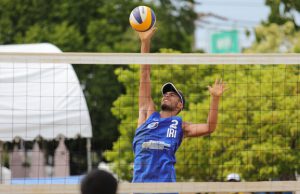 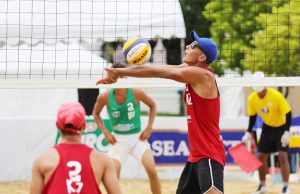 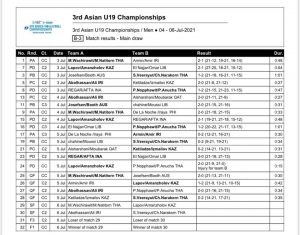 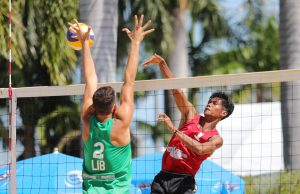 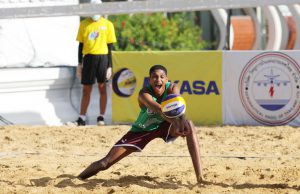