When Debbie Masauvakalo founded the Vanuatu beach volleyball team in 2007, she had high hopes. But she never imagined how far the women would go.

“Our aim was just to become the best at beach volleyball in the Pacific,” the Australian former volunteer said.

“So we never started with the ambition of qualifying for the Olympic Games.”

But in 2009, Australian Olympic gold medal winner Natalie Cook saw the team play during a visit to Vanuatu and she told Masauvakalo they were world-class.

“She planted the seed in our minds and our hearts that we could qualify for the Olympic Games,” Masauvakalo said.

Nevertheless, achieving success on the world stage would be a challenge.

Vanuatu has sent a total of 31 individual athletes to the Olympics since its first appearance in 1988, but no team from the Pacific nation has ever qualified. 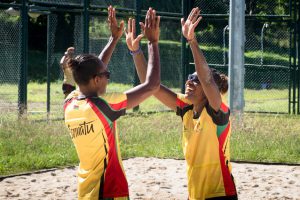 For female players, the situation can be even more difficult — women are not always encouraged to participate in sport, or even lead an independent life outside the home.

Not a single female athlete from Vanuatu competed in the 2016 Summer Games, for the first time in the country’s Olympic history.

The beach volleyball team came close though, and only missed out on competing in Rio de Janeiro by a single place.

“That was pretty disheartening,” Masauvakalo said.
“Not to be able to get across the line, it was pretty heartbreaking.” 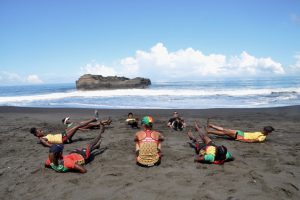 Five years later, amid a very unusual lead-up to the Tokyo Olympics, the players are determined to represent Vanuatu this time by winning a crucial qualifier in Thailand.

For some of the women, it’s their final opportunity for Olympics glory.

‘We’ve been fighting for a place for a long time’

For Miller Pata, it’s do-or-die time.
She’s been a key partner in each of the team’s three Olympic bids, but at 34, this is likely to be her last chance to make sporting history. 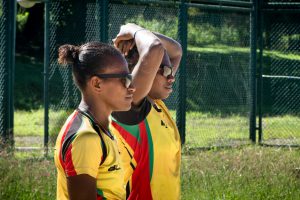 She hails from the Banks Islands, one of the most remote places in the world.

With her father’s encouragement, she pursued the sport as a young girl, soon becoming what some commentators call the “Queen of the Court”.

Her father died last year, and today she is driven by this memory of her “biggest fan”.

“I really miss him so much,” she said.
Volleyball has allowed Pata to travel to over 30 countries, where she has knocked out top-ranked teams from Brazil, China and Australia. 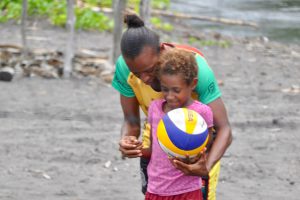 The results have been startling for some, like teammate Lawac Majabelle, who played her first beach volleyball game just over a year ago.

Now she’s on the national team.
“It was a surprise for me. I never dreamed that I would be playing beach volleyball,” she said.

“But no regrets. My dream is to be a role model for the young girls in Vanuatu.”

The team have worked hard to try to earn their spot in Tokyo, training every day rain or shine.

“We’ve been fighting for a place for a long time, since 2012. But now we think that we can make it.” 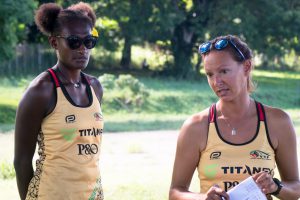 Once she arrived in Vanuatu, she recognised the players’ talent and ability to clinch a position at the Olympics.

“They are rough diamonds. I’m very happy and fortunate to work with them,” Tonon said.

The qualifying tournament will take place inside a quarantine bubble in Thailand.

The stakes are high. Only the winning team gets a ticket to Tokyo, while the rest return home to heal and plan their next campaign. 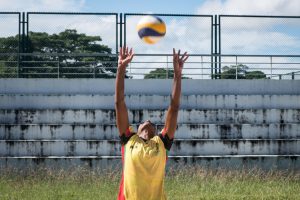 The Vanuatu players left for Bangkok on Friday, after becoming some of the first people in Vanuatu to receive the AstraZeneca vaccine. The tournament kicks off in three weeks.

With COVID-19 still running rampant in Japan and lingering doubts over whether the Tokyo Games will go ahead at all, their Olympic dreams may yet be dashed despite their best efforts.

But all the Vanuatu women’s beach volleyball team want is a chance. If they can play, they’re confident they can win.