THAILAND GIVE IT ALL-OUT, BUT FIND DOMINICANS TOO STRONG

Home / Slider / THAILAND GIVE IT ALL-OUT, BUT FIND DOMINICANS TOO STRONG
By PreechachanIn
Slider Volleyball News

Thailand, the team on the bottom of the 16-team standing, put up a gallant fight in their tough clash against Dominican Republic, but found the Caribbean side too strong to go down in straight sets in the 2021 FIVB Women’s Volleyball Nations League in Rimini, Italy on Tuesday. 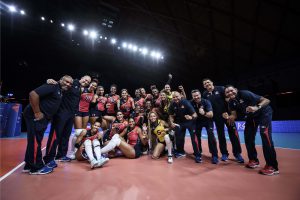 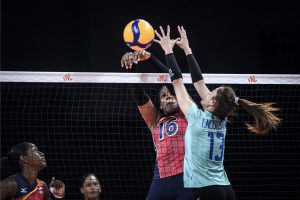 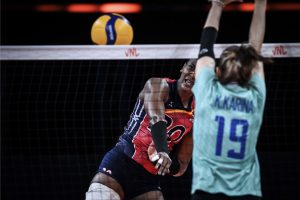 Dominican Republic came up with excellent offensive combination with powerful hitter Paola Pena and Elizabeth Martinez at the forefront of all their moves. After comfortably capturing the first two sets, Dominicans maintained their tactical and technical superiority in the third set to take a commanding 22-19 lead. 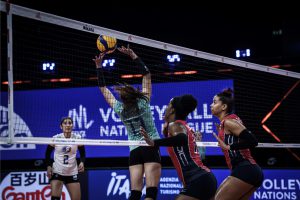 Thailand were unfazed by the height advantage enjoyed by the strongly-built rivals, with Karina and Pleumjit unleashing on several powerful blows to help the team narrow the margin 23-24, but Dominicans jumped for joy shortly after that when seeing a fast spike from Pleumjit went wide. Dominican Republic eventually closed out a tense third set 25-23 and match. 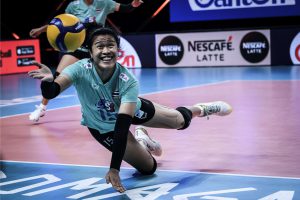 Thailand continued their losing streak at the 2021 VNL, going down in all 9 matches contested to earn no point, while Dominican Republic had 17 points from 5 wins against 4 losses. 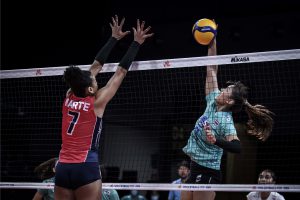 Thailand’s Karina Krause said at the virtual mixed zone: “Everybody in our team did a great job. We all tried to do our best, but unfortunately it was not enough against Dominican Republic because they are a very tall team and we were not able to pass their block. This week we really did a good job and improved a lot in every game and I think that next week we can do even better.” 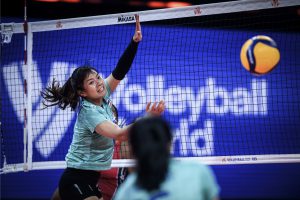 Niverka Marte of Dominican Republic said: “I’m very happy with this victory. Thailand play a totally different game to European or American teams. They play faster and they have very good players with good skills. It was our first match at 10.00 in the morning, so I think that everything was different for us today, but we got a win. It was an opportunity for some other players to play. 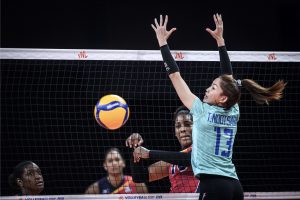 “We still regret a bit the result of the match against Russia, but they played really well. Yesterday was an amazing match, but we have to live day by day and I’m happy with the match won today, because it was very important for us. Tomorrow we will rest and we will get ready for the next step,” she added. 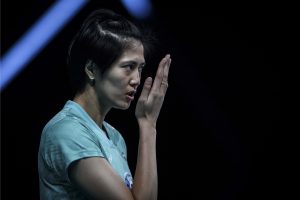