Vietnam, which underwent their training camp in Bangkok after their completion of their AVC Cup for Women campaign in Philippines, were the first team arriving in the host city on Wednesday, followed by Indonesia and Thailand in the afternoon. The Philippines reached Nakhon Ratchasima on Wednesday night. 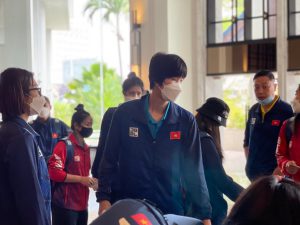 The preparations of the three-day tournament were in full swing on Wednesday, with relevant activities conducted both in and off the competition site. 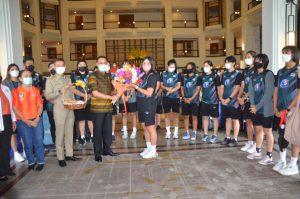 Regarding the preparation tasks, the joint meeting between Control Committee and local organising committee was held on Wednesday afternoon at the meeting room inside Chartchai Hall, the 5,000-seater competition site. 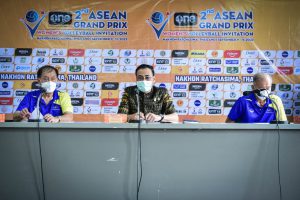 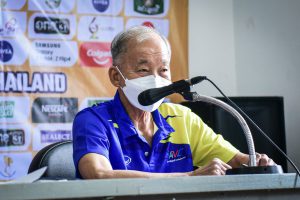 Mr Charin disclosed that the preparations have made a significant progress, citing that renovation task at the competition site has reached its final phase of completion and he was quite certain that all tasks would be completed in time and ahead of the official commencement on September 9. Due to the strict preventive measures in the wake of COVID-19, he expressed confidence that the three-day tournament will not cause grave concerns over the spread of the coronavirus disease. 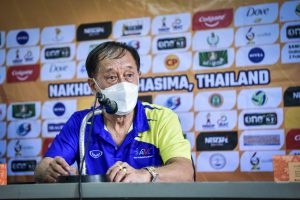 Mr Shanrit said on behalf of AVC President Mrs Rita Subowo that this tournament is held for teams from Southeast Asia in accordance with the Southeast Asia Volleyball Association’s mission of promoting volleyball in Southeast Asia, which is part of AVC, aside from pushing and supporting the sustainable development of volleyball at all levels in the region. 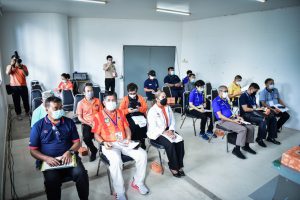 Those attending the joint meeting

“It’s our (organisers’) top priority to see teams in Southeast Asia develop and raise their standards to professionalism. At first, Indonesia and Philippines also paid attention to host the ASEAN Grand Prix Men’s Volleyball Invitation, but it’s a pity that they could not do it this time. We are strongly convinced that they can organise the Men’s Grand Prix next year,” said Mr Shanrit.

He added that as Vietnam, Indonesia and Philippines can sharpen their skills and learn tactics and techniques from each other while competing in this tournament, Thailand will use the ASEAN Grand Prix as a final tune up tournament in their preparation for the FIVB Volleyball Women’s World Championship in Poland and Netherlands between September 23 and October 15.

According to Mr Shanrit, only top three teams will be presented respective gold, silver and bronze medals, but trophies and cash prizes are on offer for all four participating teams no matter which position they will finish in the tournament. Additionally, eight players who win individual awards will also receive cash prizes. 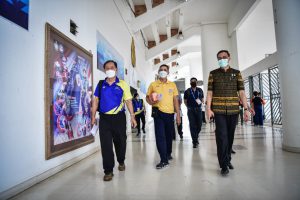 After that, both parties (Control Committee and local organisers) went for venue inspection both training and competition sites and found that everything is on the right track. Only the LED screen will be installed later, but is expected to be installed ahead of the final venue inspection on Thursday. Referee and VIS Clinic will also be conducted on Thursday to offer accompanying referees a chance to try on their duties in officiating in the ASEAN Grand Prix Women’s Volleyball Invitation from September 9 to 11. 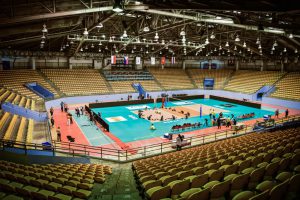 Teams started their training at Chartchai Hall on Wednesday, with Vietnam, Indonesia and Thailand respectively commencing their training stints at the competition venue.

Preliminary inquiry was also conducted for each team on Wednesday night to check teams’ rosters, uniforms, team officials and other requirements including inquiry forms and passports. 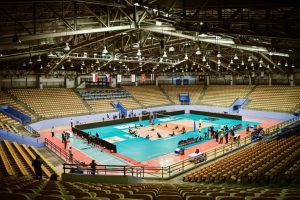 The single round-robin competition starts on Friday, September 9, with Indonesia taking on Vietnam in the first match at 3pm local time, followed by the match between Philippines and hosts Thailand, fresh from winning bronze medal at the recent AVC Cup for Women in Pasig City, Philippines, at 6pm.

On Saturday, September 10, Vietnam will next challenge Philippines at 3pm local time, with Indonesia going up against Thailand at 6pm and Sunday, September 11 sees Philippines play Indonesia at 3pm and Thailand take on Vietnam in the 2022 AVC Cup for Women bronze-medal rematch at 6pm. Awards presentation and closing ceremony will be held shortly after end of the last match between Thailand and Vietnam. 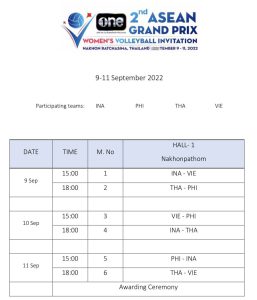