Bangkok, Thailand, September 8, 2022 – Roi Et, a province which lies in central northeastern Thailand, will host two Asian-level women’s beach volleyball tournaments this month, with strong players from 13 countries out to prove their capabilities. 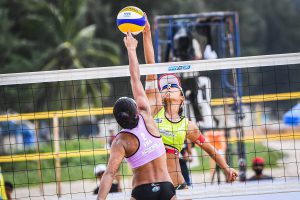 The competition site at Ban Nong Ya Ma Community School in Roi Et, which in several occasions had been served for Asian meets including the Asian U19 Beach Volleyball Championships in June, will become the battle ground for the AVC Beach Tour Roi Et Open (Women) from September 10 to 12 and the topflight 2022 Asian Senior Women’s Beach Volleyball Championship between September 14 and 17. 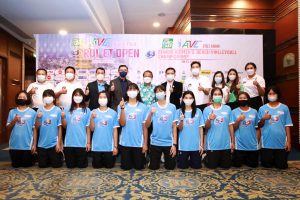 To assess the host province’s preparations and check its readiness ahead of the two tournaments, a press conference was held on September 2 at Golden Tulip Sovereign Hotel Bangkok, with Mr Somporn Chaibangyang, President of Thailand Volleyball Association, and Roi Et Governor Mr Phusit Somjit jointly presiding. 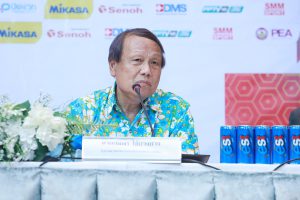 In his speech, Mr Somporn said, “TVA has been entrusted by the AVC with the responsibility of hosting these two tournaments, with strong players from across the continent taking part. We (TVA) gave Roi Et the green light to host the two tournaments because the province has a great experience in hosting many international beach volleyball competitions and Asian Championships. As the province is well-prepared in terms of location, standard competition site, officials in charge and working staff, we are strongly convinced that these two tournaments will be great successes.” 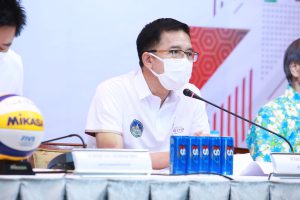 Nakhon Ratchasima Governor Mr Phusit said, “We (host province) are hosting the AVC Beach Tour Roi Et Open and the 2022 Asian Senior Women’s Beach Volleyball Championship with the hope that the two tournaments will be run smoothly and end with great success.

“With the strict preventive measures for COVID-19 implemented, we are quite confident that the two tournaments will be successes without the spread of the coronavirus disease. Thai and foreign players will be sure of staying safe throughout the competition period. If we accomplish this target, I believe that it will help create good image and confidence in Thailand regarding its administration and policies in response to the COVID-19 pandemic aside from showing Roi Et’s potentials in hosting sporting competitions and other events in the near future.” 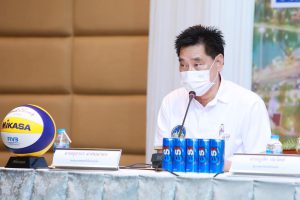 Mr Nuchakorn revealed that both tournaments will be held at the beach volleyball competition site at Ban Nong Ya Ma Community School in Roi Et.

“As Roi Et is very experienced in hosting many Asian beach volleyball events, we as the local organisers are confident that we will be successful again in terms of the organisation and the preventive measures for COVID-19,” he said. 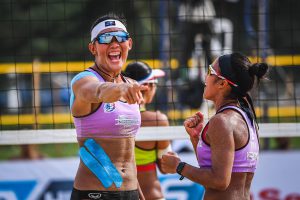 Thailand’s Taravadee Naraphornrapat/Worapeerachayakorn Kongphopsarutawadee will be back to defend their Asian title achieved last year on home soil in Phuket following their victory against Japan’s Miki Ishii/Sayaka Mizoe in the final showdown. The superb duo will also test their mettle in the AVC Beach Tour Roi Et Open, which will serve as their tuneup tournament in preparation for their title defence in the 2022 Asian Senior Women’s Beach Volleyball Championship a few days later at the same venue. 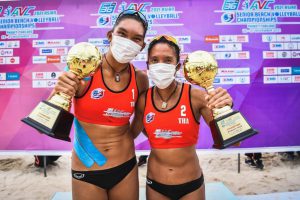