Twenty-two-year-old setter Nguyen Thu Hoai is a compelling prospect leading the young Vietnam core with a ton of upside. 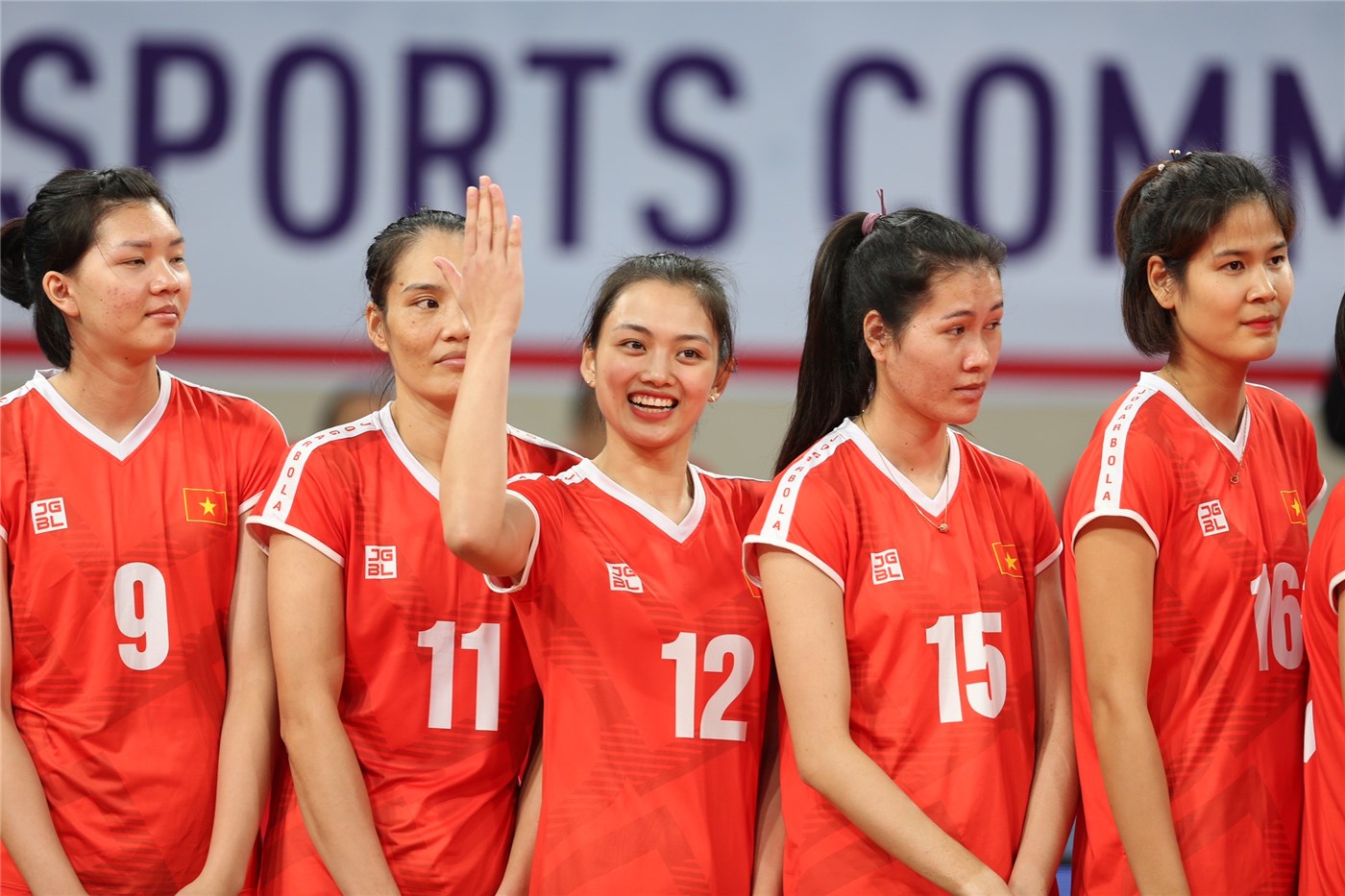 As some of Vietnam’s veteran players have moved on and pursued a different role in the sport, there is certainly no window closing for the Southeast Asian squad with the addition of fresh faces that could contribute to winning for the next few years.

Thu Hoai has been asserting her talent to add new life to Vietnam and making it a strong contender in world volleyball for years to come.

She has been making great strides in recent years and living her dream.

“When I was seven years old, I would watch volleyball on TV with my father who is also passionate about it. At that time, I was a big fan of two famous Southeast Asian middle blockers Pham Thi Kim Hue and Nguyen Thi Ngoc Hoa. My dream was to be like them. I started getting serious about playing when I was 14 years old and eight years later, I’m grateful that I have made my dream come true.

“My parents didn’t want me to play any sports in the beginning because they wanted me to focus on my studies, but I was really passionate about playing volleyball. Eventually they allowed me to do what I wanted.

“For the first two years, I played for Vinh Phuc then moved to one of the strongest teams in the country, Vietinbank, where I also met some great coaches who were also great setters in the past. 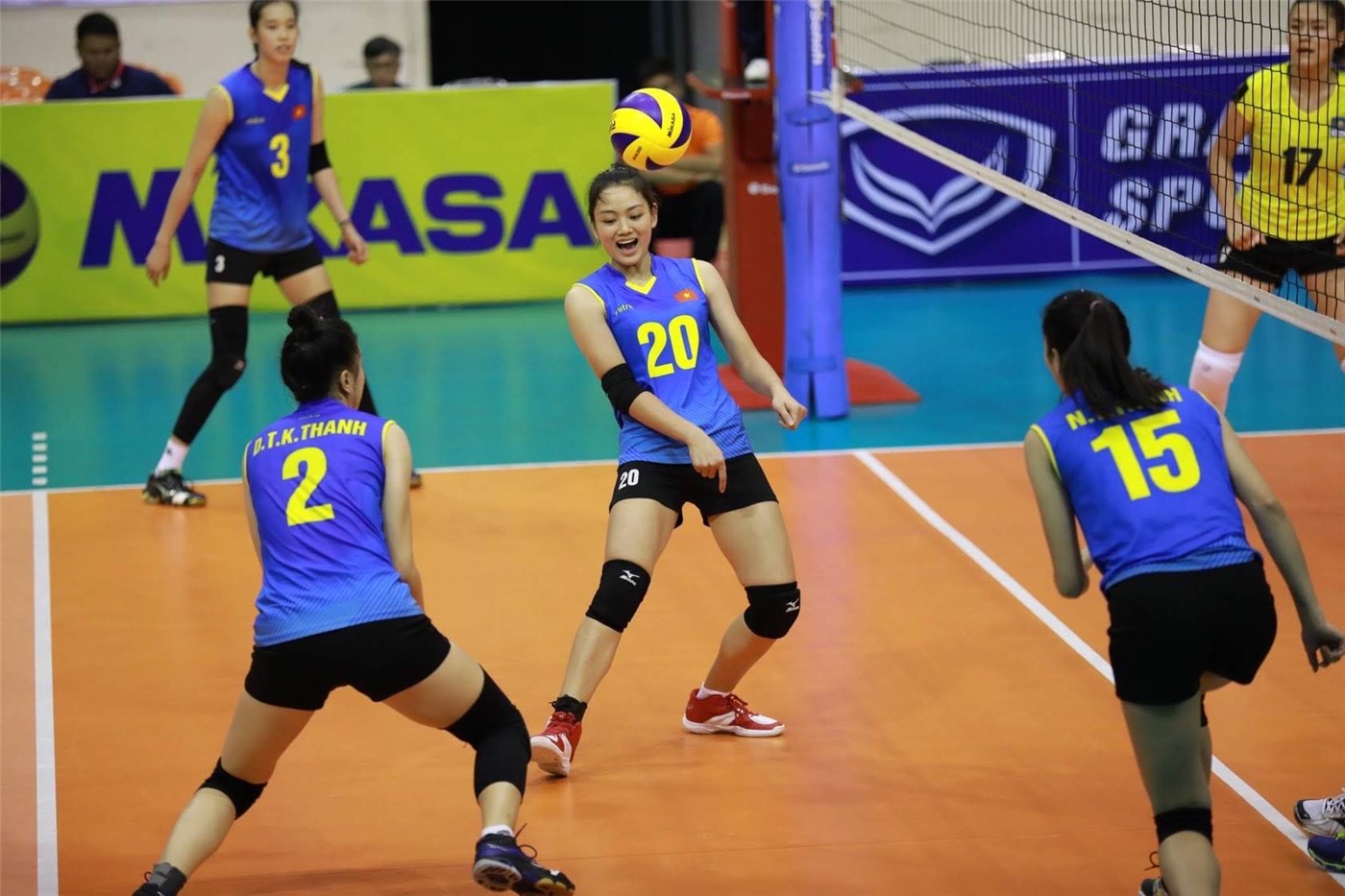 “It was in 2019 when I joined the national team, and like any new player in the team, I felt some pressure. The national team had players from other club teams and each one of them has their own playing style, so the connection from setter to hitter was not really strong in the beginning. Eventually things got better day by day.”

The Thai Binh native says volleyball has made her mature into an adult.

“Since playing volleyball, I have been more independent and mature because I had to live far away from my home. Volleyball, of course, has done wonders for my physical and mental development.”

In her eight-year-young career, she has gained acclaim as a setter but more importantly she has led her team to podium finishes in regional competitions.

“As a national team player I won the best setter award at the 2016 Southeast Asian U19 Championship, then also won best setter in the 2019 Vietnam national league.

“Winning a silver medal at the 2019 Southeast Asian Games in Manila is probably my most fulfilling experience so far. At that time, I had a lot of pressure because my role was very important, but at the same time I was young and lacked experience. We came into the tournament with the goal of making it to the final, because we didn’t make it last time in 2017. I did well throughout the tournament, so it was really meaningful for me.” 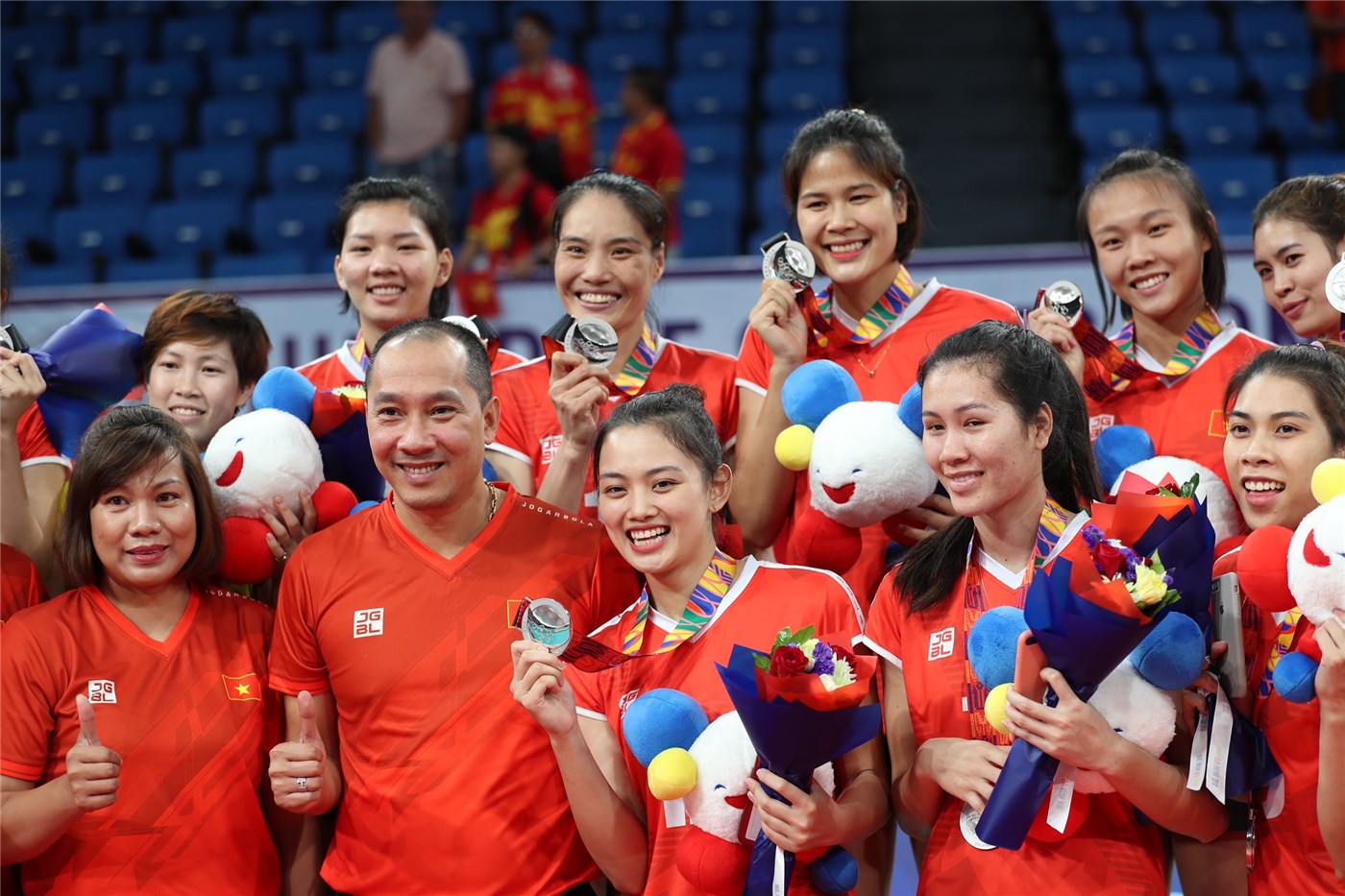 Thu Hoai has a thinking-forward mindset and she only wishes to become a better athlete for her country.

“I would like to improve as an athlete and as a professional. I will do my best to contribute to Vietnam volleyball whenever I have the opportunity to wear the national jersey.”

Having an opportunity to play with Vietnamese great Ngoc Hoa for a year, she looks up to her and hopes to be a good leader like the former captain.

“I was lucky to play with her in the national team for one year. Ngoc Hoa is a famous international athlete and she is a leader who guided her teammates to play well with her amazing spirit. She’s now a coach, but she will always be the perfect role model for me.” 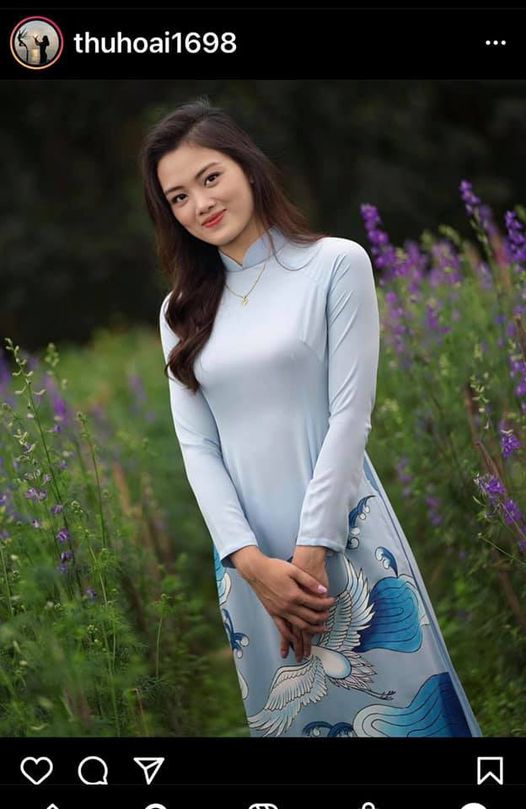 She seems to enjoy life in her 20s when she’s off the court, but one thing is for sure, the young setter is a fan of Asian volleyball.

“My life has been amazing, being with my family and friends. Whenever I have time I hang out with my friends to beat the stress after training or I visit my family. I also enjoy my free time alone just by reading books and studying English. I have my tutor who helps me in the evening or on weekends.

“I am a big fan of setter Lee Dayeong of Korea. She’s an intelligent and flexible player who plays very well. I hope I can apply her modern playing style to my own game in the future.

“My favourite FIVB event was the 2019 FIVB Volleyball World Cup in Japan, where China won. Even though it’s not my country, I am still proud of them as an Asian.”