A port city and industrial centre in the Indian state of Andhra Pradesh on the Bay of Bengal, Visakhapatnam joins Chennai in staging an FIVB-sanctioned beach volleyball event. Chennai hosted FIVB men’s and women’s Challenger/Satellite stops in 2008 and 2010 where teams from Brazil, Germany, Russia and Thailand topped the podiums.

The US$10,000 Vizag Open India begins Thursday for both men and women with qualifying followed by main draw pool play matches on Friday leading to the weekend’s elimination and medal matches at Visakhapatnam’s popular RK Beach.

Being organized by The Volleyball Federation of India (VFI) and Leisure Sports Management (LSM), a Kolkata-based sports company, the Vizag Open India is the 10th event for both men and women on the 2018-2019 FIVB World Tour calendar.

Vizag Open India is the second of six-straight FIVB World Tour events within the Asian confederation that started last weekend in the Cambodian capital of Phnom Penh where Vasiliki Arvaniti and Penny Karagkouni of Greece topped the podium on Sunday.

Arvaniti and Karagkouni became the 19th women’s teams to win a FIVB World Tour gold medal after qualifying for the Main Draw. The Greek pair defeated teams from Thailand and Cyprus on Thursday to earn a spot in the Anchor Beach Volleyball Carnival Main Draw.

In becoming the first Greek team to defeat an American pair in four FIVB World Tour women’s gold medal matches between the two countries, Arvaniti and Karagkouni won their second gold medal this season after topping the podium on December 2, 2018, in the Slovenian capital of Ljubljana.

Following the Vizag Open India, the FIVB World Tour heads to Australia and Cambodia for tournaments from March  6 to 10. Sydney hosts a men’s and women’s event on Manly Beach from March 6-10 with Kg Speu in Cambodia staging a men’s only event from March 7-10.

Qatar returns to the FIVB World Tour calendar for the fifth-straight season with a men’s only event from March 12 to 16. The sixth of six-straight Asian confederation events on the international circuit will be from March 21 to 24 for a women’s only tournament in Siem Reap, Cambodia. 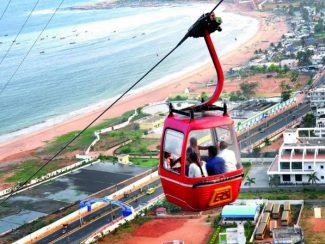