Qinzhou, China, November 2, 2019 – China’s Wen Shuhui and Wang Jingzhe were China’s toast of success in FIVB Beach Volleyball World Tour 2-star events on home soil and are on the rise, this time at the Qinzhou 3-star.

Wen and Wang have won five World Tour 2-star gold medal in the last 13 months, including back-to-back medals in Zhongwei.

“We’ve played in many 2-star events in China and have performed very well there,” Wen said. “The achievements we got from there have laid the foundation for our current performance and that has given us good attitude and confidence.”

The Chinese pair are in the semifinals in Qinzhou, beating France’s Aline Chamereau and Alexandra Jupiter in straight sets.

“We are thrilled to be in the semifinals because we have made a new achievement,” Wen said after their victory. “This is our first time to advance to a semifinal in a 3-star event, so this is a big challenge for us. Every athlete wants to stand on the podium and win a gold medal.” 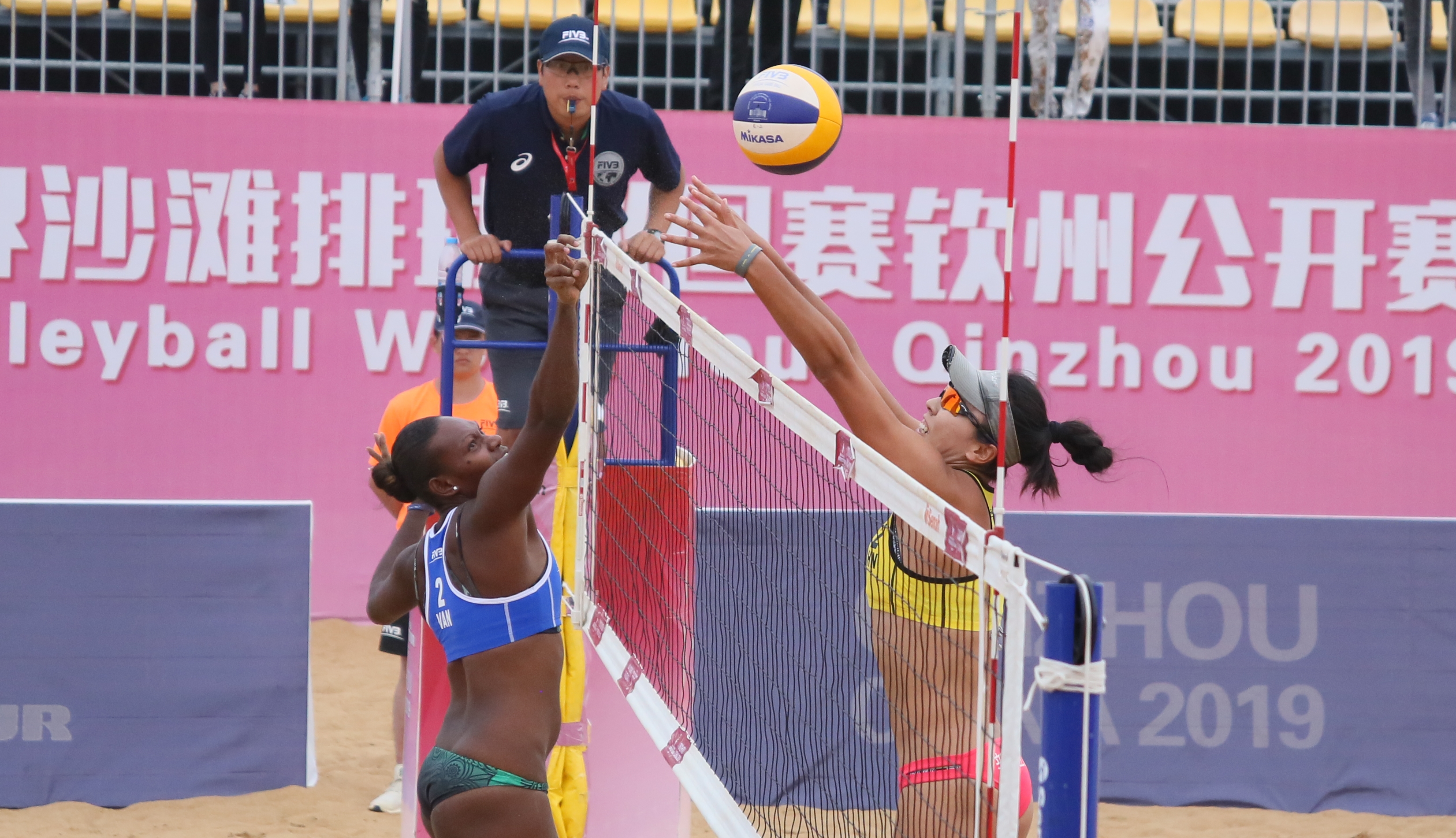 With a bevy of strong teams in the Chinese beach volleyball programme, the two athletes are just glad that they have connected well as partners in just a short span of time.

“We only started training together in April last year, so our opponents don’t know much about our partnership,” Wang said. “Therefore, we can play more aggressively. We are taking this positively and this is a huge advantage for us.”

On the homefront, Wen and Wang are hoping to perform well in their national championship next year and their perfect training ground is the Qinzhou 3-star.

BORGER AND SUDE STRIKE GOLD IN QINZHOU, WEN AND WANG SAVE PRIDE FOR HOSTS WITH BRONZE 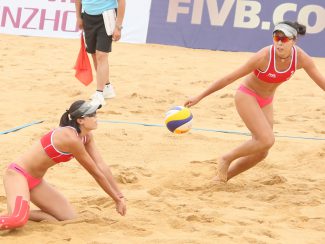