Hamburg, Germany, July 2, 2019 – The 12th edition of the FIVB World Championships for beach volleyball reach the half-way point here Tuesday with the women’s competition finishing the pool play schedule and starting the first-phase of elimination matches.

Presented by comdirect and ALDI Nord, the $1-million event will also feature 12 men’s group matches on the fifth day of competition where six more pool leaderships will be determined. The men’s pool play concludes on Wednesday with the women playing the Round of 32 knockout schedule.

Both the 10th-seeded Antonelli/Carolina and 12th-seeded Fernanda/Barbara are undefeated in Pool J and Pool L, respectively, with 2-0 match marks. Antonelli and Carolina meet 15th-seeded Kelley Larson/Emily Stockman of the United States at 1 p.m. (local time) Tuesday in their final group test while 12th-seeded Fernanda/Barbara play an opening match at 10 a.m. against 13th-seeded Taru Lahti/Anniina Parkkinen of Finland. 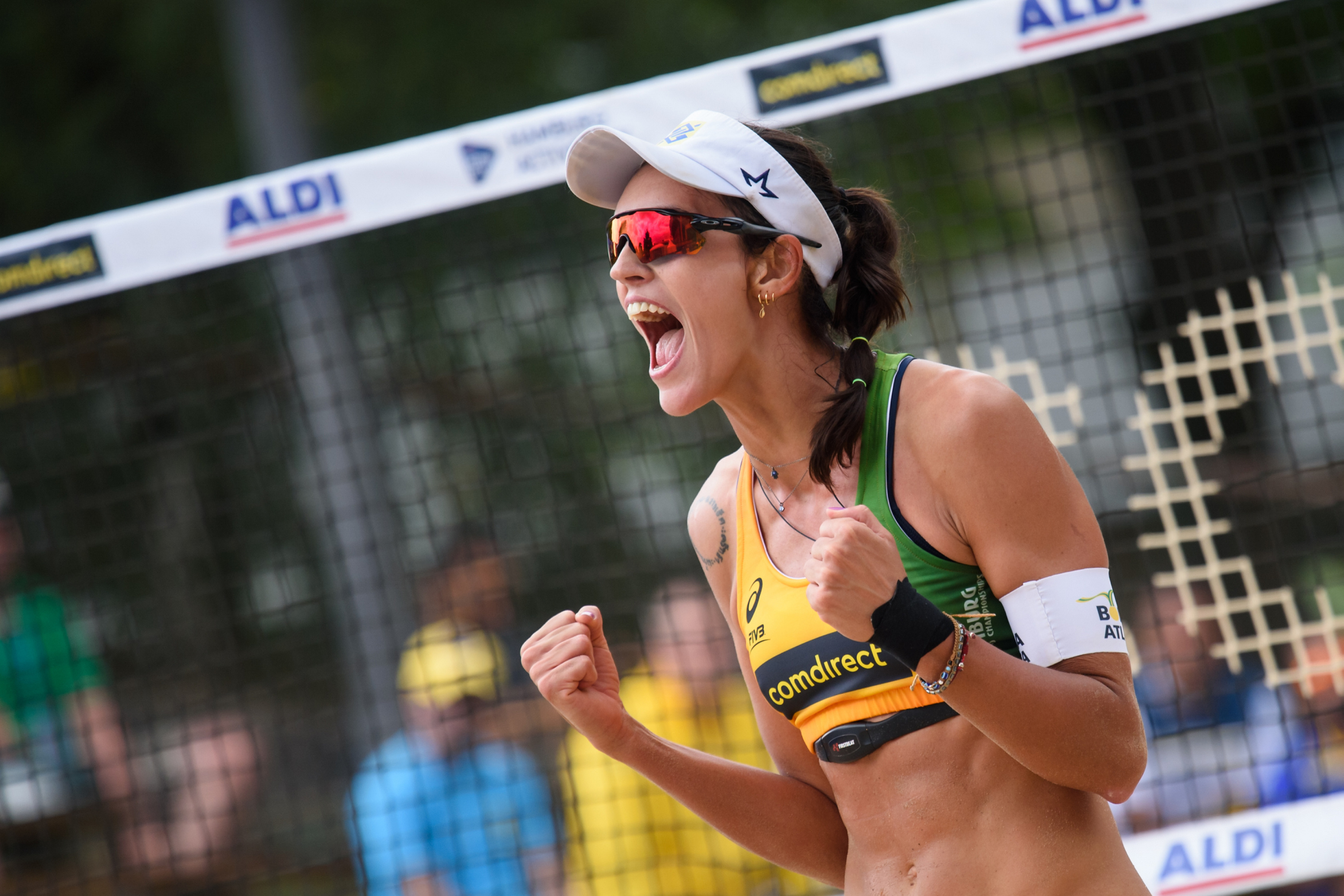 Reigning European champions and eighth-seeded Sanne Keizer/Madelein Meppelink of the Netherlands play 17th-seeded Nina Betschart/Tanja Huberli of Switzerland for the Pool H title as both teams are 2-0 in group play.

The match is a repeat of the 2018 European finale in The Hague when Keizer and Meppelink defeated the Swiss for the title. On the FIVB World Tour, Betschart and Huberli have a 2-0 record against the Dutch. 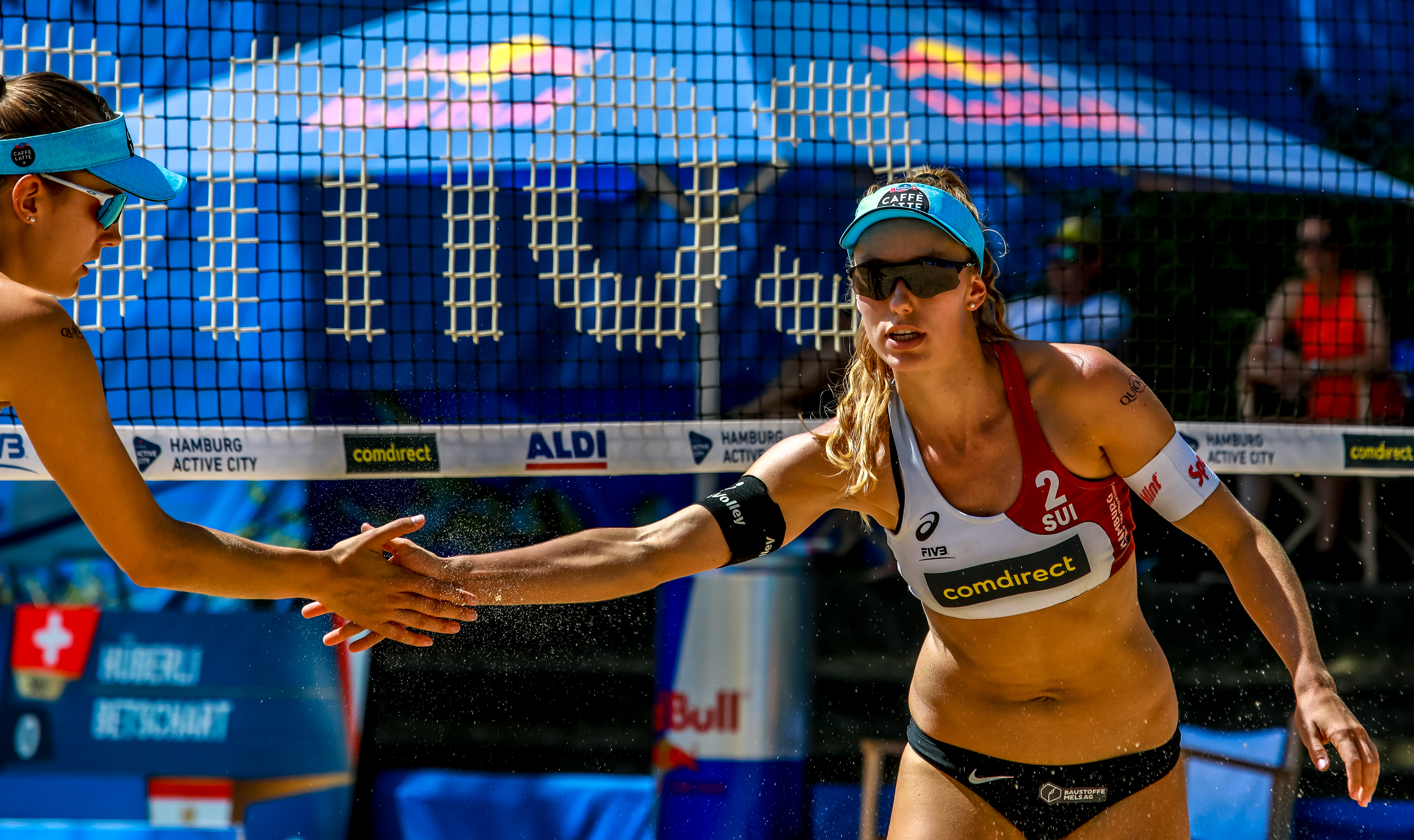 Sara Hughes and Summer Ross will be seeking to become the only American women’s team to win a group as the 11th-seeded pair plays on Tuesday against 14th-seeded Svetlana Kholomina/Nadezda Makroguzova of Russia, who were upset Sunday by 38th-seeded Ana Gallay/Fernanda Pereyra of Argentina.

A win by Kholomina/Makroguzova on Tuesday over the Americans coupled with a Gallay/Pereyra victory over 35th Meimei Lin/Jinjin Zeng of China will create a three-way title for the Pool K leadership. The pool winner would be decided by a point ratio among the three tying teams as the Argentineans and Russians currently hold the edge over the Americans.

The feature men’s match on Tuesday will be in Pool A where top-seeded Anders Mol/Christian Sorum of Norway are challenged by 24th-seeded Vitor Felipe/Pedro Salgado of Brazil at 5 p.m. Both teams are 2-0 in the competition and the Norwegians won the only FIVB World Tour meeting between the two teams two weeks ago in Warsaw. 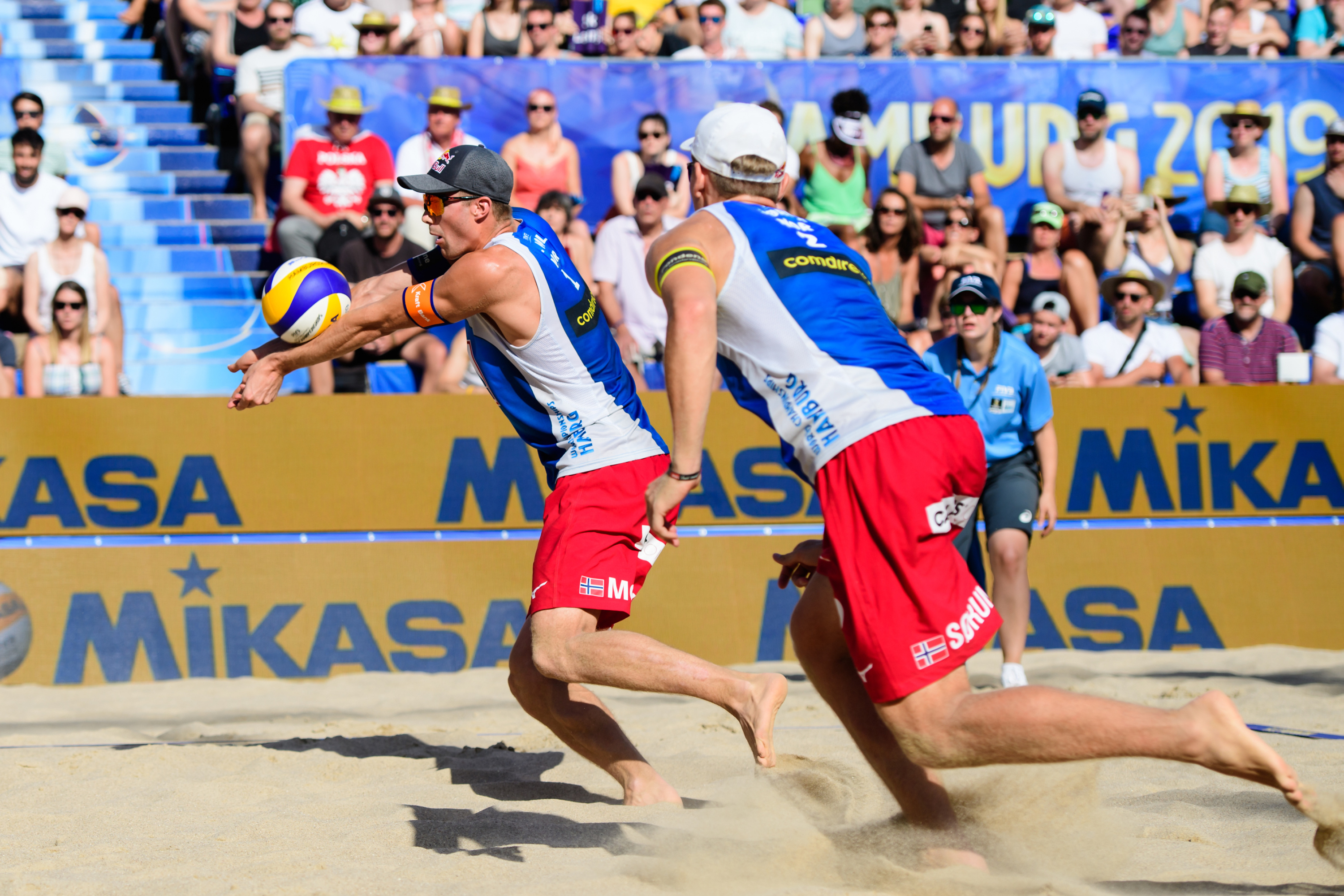 With four teams in action Tuesday, Brazilian men’s and women’s pairs have posted an 18-0 match record at the World Championships. Also playing for the South Americans on Tuesday will be 20th-seeded Alison Cerutti/Alvaro Filho, who meet fifth-seeded Ilya Leshukov/Konstantin Semenov of Russia in a Pool E match at 3 p.m.

A Leshukov/Semenov win over the Brazilians and a 29th-seeded American’s Billy Allen/Stafford Slick victory over 44th-seeded Tamer Abdelrasoul/Assam Mahmoud of Qatar would create a three-way tie in Pool E where point ratio among the three tying teams would be used to break the deadlock.

The 2019 FIVB World Championships conclude this weekend with women’s finals Saturday and the men’s medal matches Sunday at Am Rothenbaum Stadium. In addition to winning the $60,000 first-place prizes, the winning teams will also secure a spot for their country in the Tokyo 2020 Olympic Games. 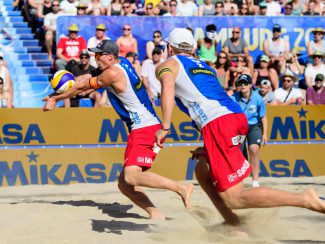 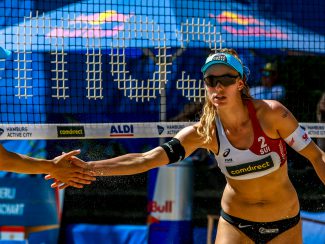 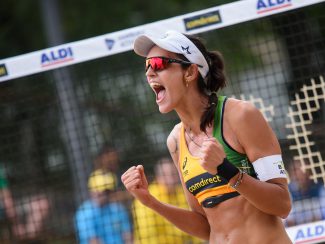 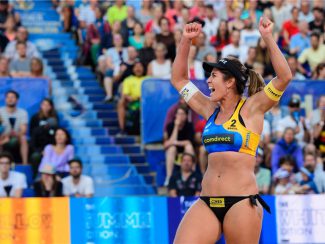