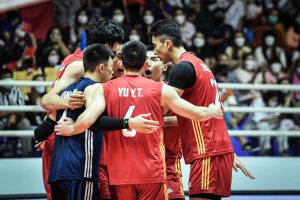 China, world No.19 and 13th place at this year’s VNL, made a slow start as Korea, bronze medallists at the recent FIVB Challenger Cup, took on a leading role from the very beginning of the opening set, with powerful hitter Heo Subong unleashed on mighty attacks to take a three-point advantage at 12-9 and stretched it to 20-18, making use of their impenetrable defence and splendid teamwork. 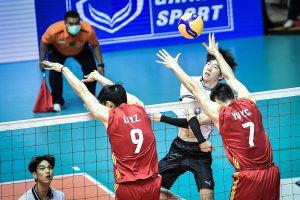 China mixed the aggressive attacks from the 207cm-tall Zhang Jingyin and Peng Shikun’s lightning-fast spikes to narrow the margin 19-23. However, Koreans were in their top form, allowing the crack rivals only one more point from Peng’s fast attack to wrap up the first set 25-20. 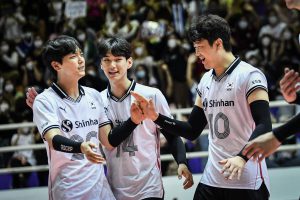 Going down one set, China roared back to take a two-point lead at 5-3 in the second set. Heo Subong stole the show, producing several thundering off-the-block attacks to hand Korea some crucial points. However, it was the Chinese who seemed to get the job done effortlessly whilst showing flashes of the brilliance that took them past the rivals. Zhang Zhejia carried out a fast spike to widen the China’s gap to 23-15 and Zhang Guanhua hammered an attack to add another one for the team. After a few moments of rallying, China claimed the set 25-17. 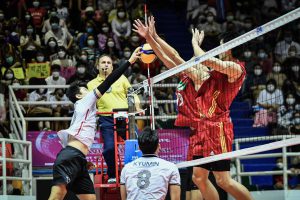 The third set was very tight and incredibly close with neither side able to break clear, but it was Korea which led 8-5 and then 16-11 at the first two technical timeouts. Both sides traded attacks to see points move back and forth until 32-32. Na Gyeongbok fired an off-the-block attack to move Korea ahead 33-32 and the Koreans were jubilant when a spike from Dai Qingyao went wide. Korea clinched the third set. 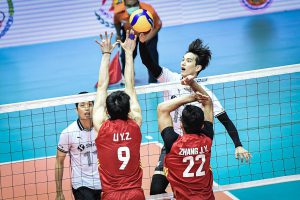 The fourth set turned out to be a tense battle from the first serve as the team looked to continue their onslaughts. China and Korea fought neck and neck until 23-23. Ding produced  a great serve which went without returning. However, the Koreans did not surrender easily. Leads changed hands for several time until 27-26 when Zhang Jingyin came up with a powerful back-row attack. China went on to win the set 29-27, forcing the rivals to work overtime. 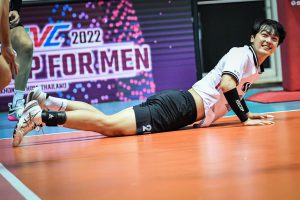 Both sides still performed exceptionally well in the decider. Korea led 14-13 when an attack from Zhang Jingyin went wide, delivering the match point to the Koreans. Still, they let their opportunity slip through their fingers. At 15-15, Zhang Zhejia put China in front 16-15 with his effective fast spike and after that the team sealed the win with a powerful jump serve from Zhang Guanhua which landed on the line. China captured the deciding set 17-15, match and a final berth. 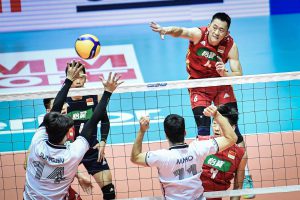 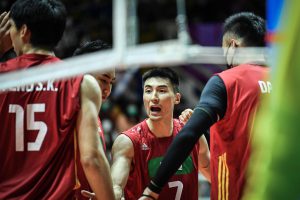 China will next go up against Japan to fight it out for the AVC Cup, while Korea will challenge Bahrain in the third-place playoff match. 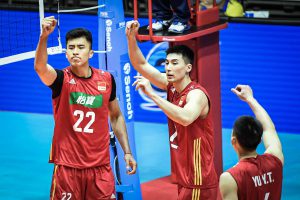