Nakhon Pathom, Thailand, August 13, 2022 – Fired-up Japan advanced into the Sunday’s final showdown of the 2022 AVC Cup for Men after demolishing debutants Bahrain in straight sets 27-25, 25-15, 25-20 in the semifinals at the Nakhon Pathom Provincial Gymnasium here on Saturday. 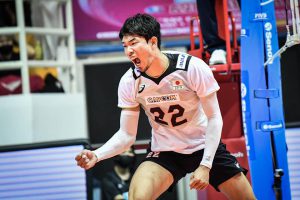 Japan, fielding their second-string B team, proved one of the strong teams with excellent defence to be reckoned with in this topflight tournament. After brushing off hosts Thailand in comfortable straight sets in their last match of the round of the last eight teams in Pool E on Friday, Japan topped the pool to face off with Bahrain, the second place in Pool F, in the Saturday’s do-or-die semifinal clash. 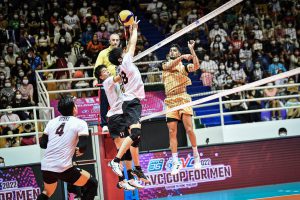 Japan remained tactically and technically strong with the likes of star spike Otake Issei, Tomita Shoma and Higuchi Yuki, while Bahrain, which are competing in the AVC Cup for Men for the first time, had good players in Naser Anan, Mohamed Abdulla and Mohamed Anan. 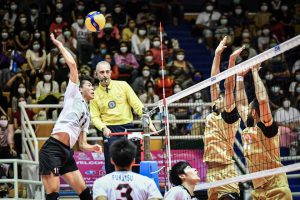 Japan got off to a brilliant start to take an early 5-0 lead, seizing the opportunity when Bahrain had a poor reception with error-filled game. Naser Anan and Mohamed Abdulla got the Bahrainis back on track with their spectacular attacks from both wings to help the team level 18-18. 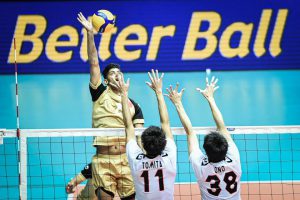 Both sides battled hard at home stretch to level again 24-24, but Japan made the difference shortly after that. Otake produced a kill block for a spike from Bahrain to deliver the set point for Japan, but Bahrain hit back to make it 25-25. Tomita Shoma fired an unreturnable spike to put Japan ahead 26-25 and Mohamed Abdulla spiked wide. Japan took the hard-fought set 27-25. 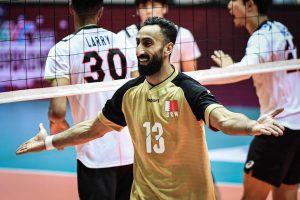 Japan gained the upper hand in the second set to lead with a three-point clear at 6-3 and stretched it to 18-12 when Bahrain were errors-strewn and the Japanese tore the rivals’ defence into shreds with their exceptional attacks from hard-hitting Tomita Shoma and Higuchi Yuki. Bahrain tried their utmost to claw back into game, but their determination did not bear fruits as Japan went on their consistency to pick up crucial points and clinch the easy set 25-15. 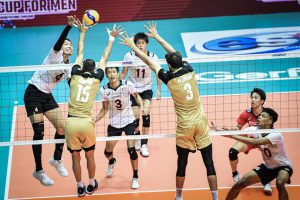 Despite some improvement from Bahrain in the third set, Japan still cruised on, combining extreme power through Tomita’s aggressive attacks with incredible blocking ability from Ono Haruki to surge into a four-point lead at 21-17. Bahrain shuffled their lineup a lot to improve their fortunes, but their intention evaporated as the Japanese seemed to be superior in every department. Japan captured the set 25-20, match and a final berth. 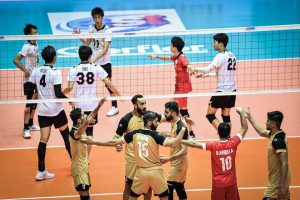 Tomita Shoma chipped in with 13 points for Japan, while Higuchi Yuki and Ono Haruki kept good company to add 11 and 10 points respectively. Mohamed Abdulla led Bahrain with 12 points including 11 attacks. 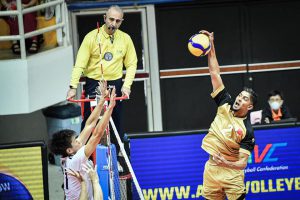 “We started well in the first set and after we won it, we were confident of playing in the second set. We adjusted and analysed Bahrain’s attacks and improved on our defence. In the final, we will play either China or Korea, we have to prepare our team and get ready, physically and mentally, for the tough match,” Japan head coach Koichiro Shimbo commented after the match. 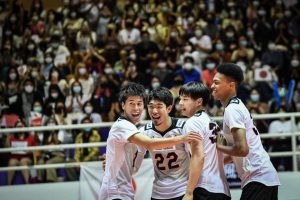