China cruised comfortably through the first two sets, which they won with ease 25-15, 25-15, but struggled hard in the third set when the Thais regained their composure and hit back with spectacular attacks from Onuma and Pleumjit and solid blocks, trailing from 4-7 to level at 22-all. However, China allowed Thailand only one more point to wrap up the hard-fought set 25-23 and match. 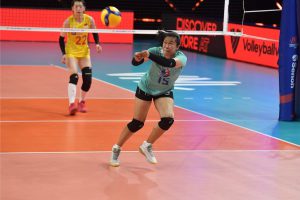 Zhang Changning chipped in with 18 points including 15 attacks and 2 blocks for China. Wang Yuanyuan, Li Yao and Duan Fang all scored double digits for the team, with Wang adding 14, Li 12 and Duan 10 respectively. Onuma Sittirak led Thailand with 13 points including 11 attacks. 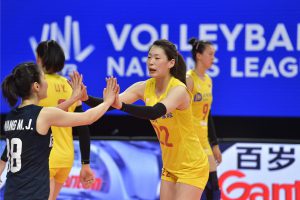 China ended the first-week campaign with 6 points from two wins against one loss to Japan, while Thailand lost them all. 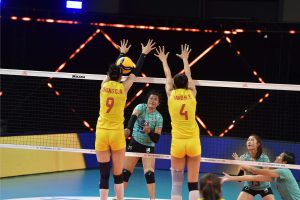 Thailand’s Malika Kanthong said after the match: “Today we played better than the previous games, our bodies and muscles worked better than in previous days. Maybe we didn’t start well, but then our game improved and we played much better in the third set. We have three days off and we will try to improve every skill in this period, because our team made many mistakes this week.” 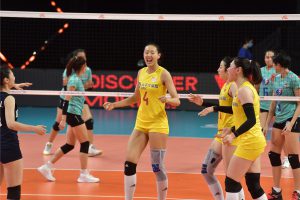 China’s Zhang Changning said: “Thailand is a very interesting team, they played well today, but I think our team’s performance was better and therefore we were successful.”