JAPAN CLAIM THREE WINS IN A ROW IN VNL

Japan continued their unbeaten streak in the 2021 FIVB Women’s Volleyball Nations League in a secure bubble in Rimini, Italy as the defending and consecutive two-time Asian winners pulled off an exceptional 3-0 victory against Korea for their three successive wins in the top-tier competition. 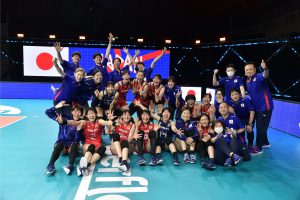 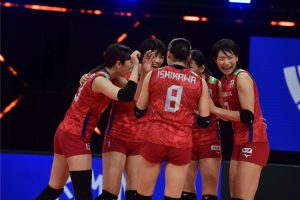 Kim Yeon-Koung (KOR) said after the match: “It was a difficult game. They played well against us, especially their reception was very good. It meant they could attack easier than us.” 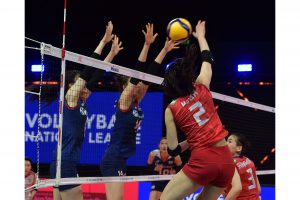 Mayu Ishikawa (JPN) said: “Before the first set, we promised ourselves that we would play according to our plan. In the first and second sets we played a good game against Korea. In the third, we struggled to close the set and match, but eventually we managed to do it. We have had a great start in the tournament, and we want to continue it this way. We will do our best also in the next matches.” 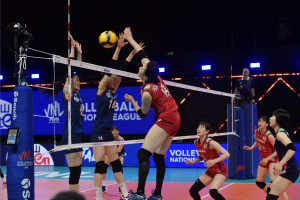