Lausanne, Switzerland, April 3, 2020 – China’s Zhu Ting is one of eight international sporting stars to feature in a book aimed at inspiring young children to follow their sporting dream.

The 25-year-old spiker features in a series of books entitled ‘When I Grow Up: Sports Heroes’ that is published by British publishing house Dorling Kindersley.

The books are aimed at pre-schoolers and tell the journey of each of the eight athletes from childhood to sporting success.

They have been illustrated by Lucy Semple, with Zhu’s story mapping her path from “a tiny village in China” where she grew up in a family of farmers to winning Olympic gold as China’s captain.

Zhu was named Most Valuable Player when China ended their 12-year-wait for Olympic gold with victory over Serbia in the gold medal match at the Rio de Janeiro 2016 Olympic Games.

China have already qualified for the defence of their Olympic title at Tokyo 2020 having won Pool B of the Intercontinental Olympic Qualification Tournament in August 2019. 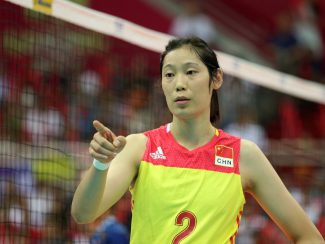 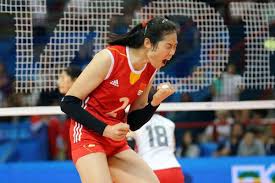