Nakhon Ratchasima, Thailand, October 11, 2021 – Gallant South Gas Club, powered by Egyptian Ahmed Said, fought back to beat Kazma Sport Club in hard-fought five-set thriller 22-25, 25-15, 21-25, 25-15, 15-13 to temporarily surge to the top of Pool A at the end of their preliminary-round campaign in the 2021 Asian Men’s Club Volleyball Championship at Terminal 21 Hall on Monday. 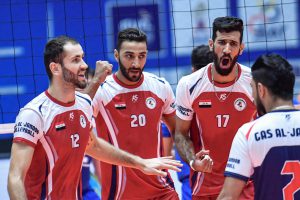 Following the Monday’s win, South Gas Club bagged aggregate 7 points from 3 wins against one loss to temporarily overtake Burevestnik Almaty for the top spot in Pool A. However, the Kazakh side still have one remaining match against Kazma SC on Tuesday. Whether South Gas Club can make the cut for the semifinals depends upon the Tuesday’s matches of Burevestnik Almaty and Nakhon Ratchasima QminC VC. 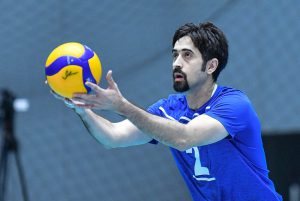 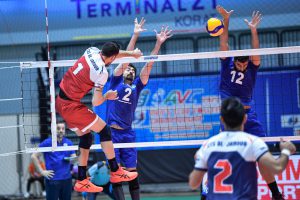 Against South Gas Club on Monday, Kazma SC from Kuwait, strengthened by highly-experienced outside hitter Dominican Elvis Contreras, got the crucial match off to a flying start with a nail-biting 25-22 win in the opening set. However, Iraq’s South Gas Club challenged the rivals seriously in the second set and clawed their way back, with Ahmed Said and Hussain Nameer joining forces in puncturing the Kuwaiti defence to help the team rapidly clinch the set 25-15. 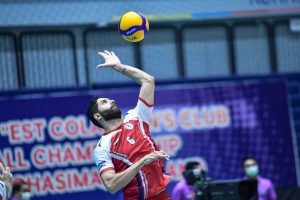 South Gas Club tried to keep the same pace in the third set but it was the Kuwaitis’ excellent teamwork and combinations which held off the rivals’ attempts that helped Kazma SC take the thrilling set 25-21 for a 2-1 advantage. 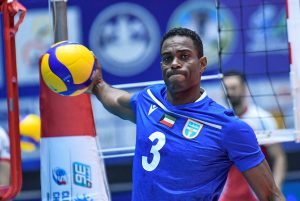 However, Nenad Sormaz and Ahmed Said gave South Gas Club a successful comeback in the fourth set, courtesy of their powerful attacks, to help the Iraqis wrap up the effortless set 25-15, forcing a decider. With their key player Nameer sidelined with unexpected injury in the second set, South Gas Club still showed their great efforts to outshine the Kuwaiti counterparts 15-10 and match. 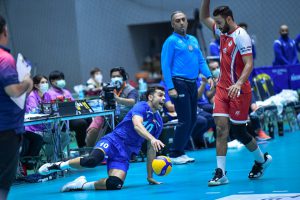 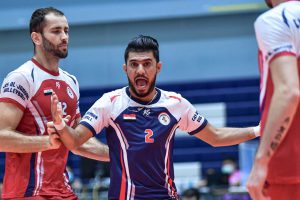 Alaa Khalaf Abdulsattar, South Gas Club head coach said: “We could win this match 3-1 but the referee made a mistake and he was key to our first-set loss. I asked for the video-challenge but he stopped me and was believing he saw the ball. We could earn three points in the match but now we have to wait and see the match result of Kazma SC and Burevestnik Almaty tomorrow.” 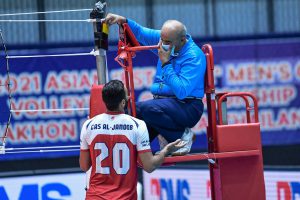