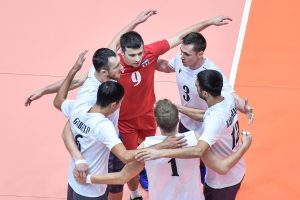 Fielding only 11 players in this Championship, Burevestnik Almaty suffered their first 2-3 loss in their opening match against Iraq’s South Gas Club. However, with two straight victories including the Sunday’s stunning 3-0 win against home-crowd favourites Nakhon Ratchasima QminC VC, the Kazakh side still keep their semifinals hopes alive. 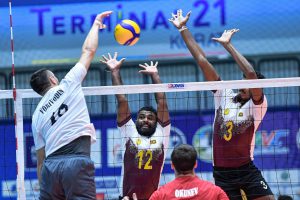 Outside hitter Mikhail Ustinov’s splendid partnership with Sergey Rezanov proved too much for CEB Sports Club in this match. 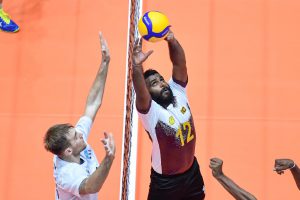 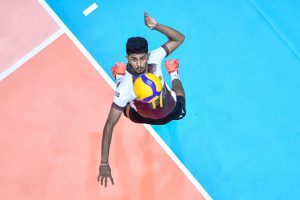 With three losses in a row, CEB Sports Club look certain of finishing fifth place in Pool A and as a result, they will heading for the 9th-10th playoff at end of the pool round-robin preliminaries on Tuesday. 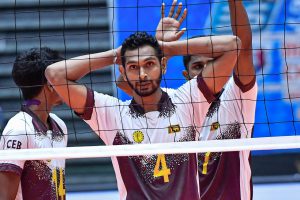 Burevestnik Almaty are due to go up against Kuwait’s Kazma Sport Club in their last Pool A match on Tuesday, while CEB Sports Club will seek their first win in this top-tier tournament as they will challenge hosts Nakhon Ratchasima. 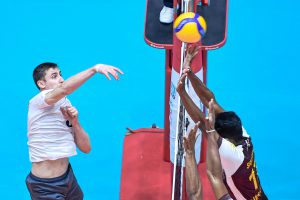 “No match is easy for us. The Sri Lankans are also strong, but I think my players have more motivation to show their fighting attitude to play in the semifinals,” Burevestnik Almaty head coach Alexandr Zapevalov commented. 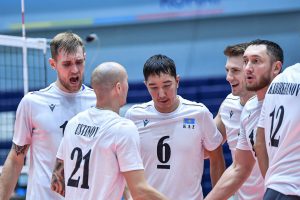 “However, I admit that we are in a difficult situation. If South Gas Club beat Kazma Sport Club today and if Nakhon Ratchasima beat the Sri Lankans tomorrow, three teams will similarly have one loss apiece and maybe, set/points ratios will be brought to determine the top two teams in Pool A for the semifinals. I hope we can survive this tough situation and comfortably make the cut for the semifinals,” he added.