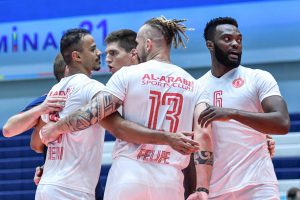 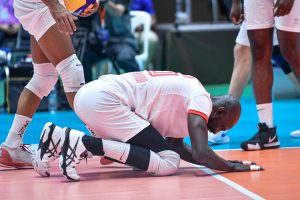 Following the scintillating victory against the Uzbekistan Premier League champions on Tuesday, Al-Arabi finished second to Sirjan Foulad Iranian in Pool B, but both advanced to the Thursday’s cross semifinals. It will be the Al-Arabi’s 8th semifinals in the Asian Men’s Club Championship and they will go up against Pool A winners Burevestnik Almaty of Kazakhstan in the do-or-die semifinal clash. 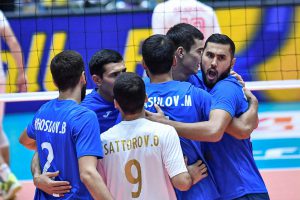 Against Al-Arabi in their crucial match on Tuesday, AGMK of Uzbekistan mounted a strong challenge, but their determined efforts were in vain as the Qataris came all-out with the single goal in mind – to beat the rivals and ensure that the semifinal berth could be within their reach. 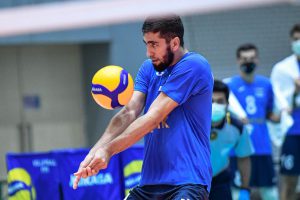 As expected, the Uzbek side could not cope with the formidable rivals’ power-and-speed tactics and went down in the first set to the well-established Qatari counterparts 12-25. 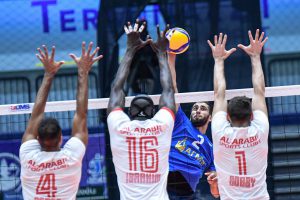 The Uzbeks still failed to make their mark in the second set, leaving Al-Arabi to seize the opportunity to attack effectively and block solidly for the crucial 25-20 win. With Brazilian Felipe Bandero and Serbian Konstantin Cupkovic continuing to notch crucial points through their spectacular attacks, the Qataris remained exceptional in the third set and captured the lopsided win 25-12 and match. 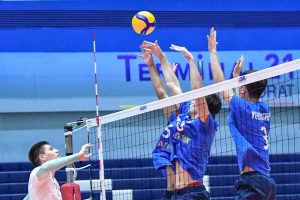 Felipe Bandero chipped in with 16 points including 14 attacks for Al-Arabi, while Bunyod Egamkulov led AGMK with 13 attacks and one solid block. 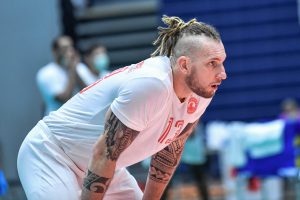 “We are here to take the first place and fight for the gold medal. We knew it was going to be tough. One more time, congratulations to the Iranian team for the win yesterday. I think we still have our chances but we need to be one hundred percent focused on the semifinals because as we saw, Burevestnik Almaty are a very strong team. I do not want to underestimate them. However, we also need to save the Iranians for our revenge in the final rematch”, Al-Arabi setter Borislav Georgiev commented after the match.