Sirjan Foulad Iranian took command in the first set, thanks to their combination attacks and solid blocks. Diamond Food gradually pulled their game together, attempting to catch up with the Iranian exceptional tactics. However, the formidable Thais’ effort did not pay off its dividends as the Iranians intensified their defence, allowing the tough rivals attacking difficulties. Sirjan Foulad Iranian clinched the set 25-19. 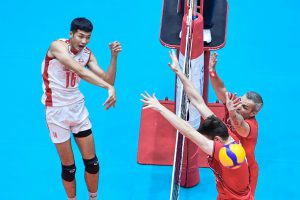 Both sides were still locked in a tight contest in the second set which saw the scores tied at 15-15. Nevertheless, the Iranians proved their class, with powerful Shahrooz Homayonfarmanesh puncturing the Thai defence with thundering spikes. The on-going battle was more thrilling as the leads changed hands several times. Sirjan Foulad Iranian proved steadier to claim the hotly-contested second set 25-23. The rhythm was with the Iranians in the third set when they gained the upper hand to lead with a three-point clear at 8-5. Diamond Food regained their composure and hit back bravely and their intention was fruitful when they set an early pace 16-12. The Thais continued their dazzling form to foil the rivals’ attempts and win the thrilling set 25-23. 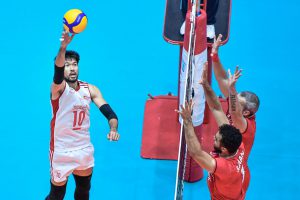 After winning one set, Diamond Food remained on red-hot form to stay in front 7-4 before the Iranian players roared back to reduce the margin 10-11. From then, both sides poured everything to win the set, but Srijan Foulad Iranian held firm to catch the Thais at 24-all and stormed on to grab back-to-back points for the set win 25-23. Sirjan Foulad Iranian completed their preliminary round with 12 points from four wins in succession to top Pool B and will next take on Nakhon Ratchasima QminC VC, which finished second in Pool A, in the cross semifinals on Thursday, while Diamond Food did not make the cut for the semifinals and look quite certain of being relegated to classification for 5th-8th places.