Nakhon Ratchasima, Thailand, October 10, 2021 – Formidable Al-Arabi Sports Club proved their superiority over Rebisco Philippines to brush aside the unfancied rivals in a comfortable battle 25-19, 25-15, 25-19 on the third day of their preliminary Pool B encounter in the 2021 Asian Men’s Club Volleyball Championship at Terminal 21 Hall on Sunday. 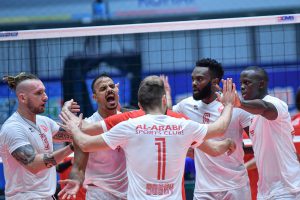 Al-Arabi Sports Club, which captured the Asian Club title in 2012 and silver medal for three times in 2010, 2015 and 2016 and the team which landed three major titles in Qatar’s domestic tournaments including the Qatar Cup and the Amir Cup in 2020, had already made a perfect start in the Championship following a clean sweep in their first clash against Thailand’s Diamond Food on Saturday. 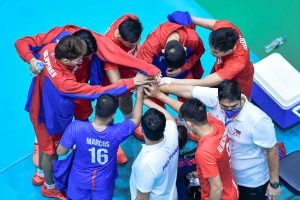 The Qataris still came up in full force in their second match against Rebisco, which have yet won a single match in the one-week competition. The Filipinos proved no answer to the Al-Arabi’s splendid offensive combinations of devastating attacks by Brazilian Felipe Bandero and solid blocks from Felipe and Ibrahim Mohamed Ibrahim. Despite facing some stiff challenge from the rivals in the opening moments, Al-Arabi comfortably clinched the first two sets 21-19, 21-15. 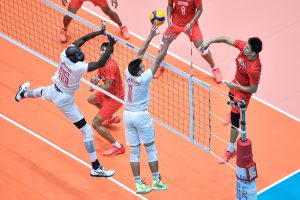 Al-Arabi head coach Argentine Juan Manuel Cichello shuffled his lineup a lot in the second and third sets. In the third set in particular, the Qataris performed exceptionally well, leaving the rivals in awe with their quick attacks and superb net-play performance. Al-Arabi captured the set 25-19 and match. 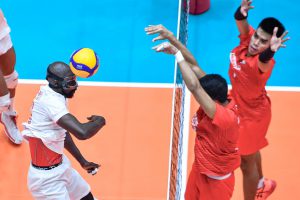 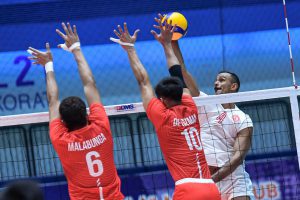 With the sensational victory over Rebisco Philippines, Al-Arabi made it two for two in Pool B. The Qataris and their closest rivals Sirjan Foulad Iranian, both of them remained undefeated, will battle it out on Monday for the pole position in Pool B. 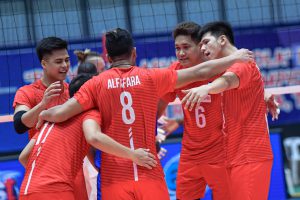 “This is the fifth time I’m playing in the Asian Club Championship with Al-Arabi. It is such an important competition. We are here to repeat our title in 2012. We are playing as a team and this game was essential for us to flex our muscles for better volleyball. I hope we can get the ambition of the club to become the eventual champions,” said Renan Ribeiro, who has 11 years of experience with Al-Arabi. 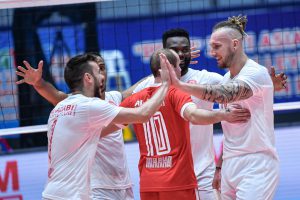