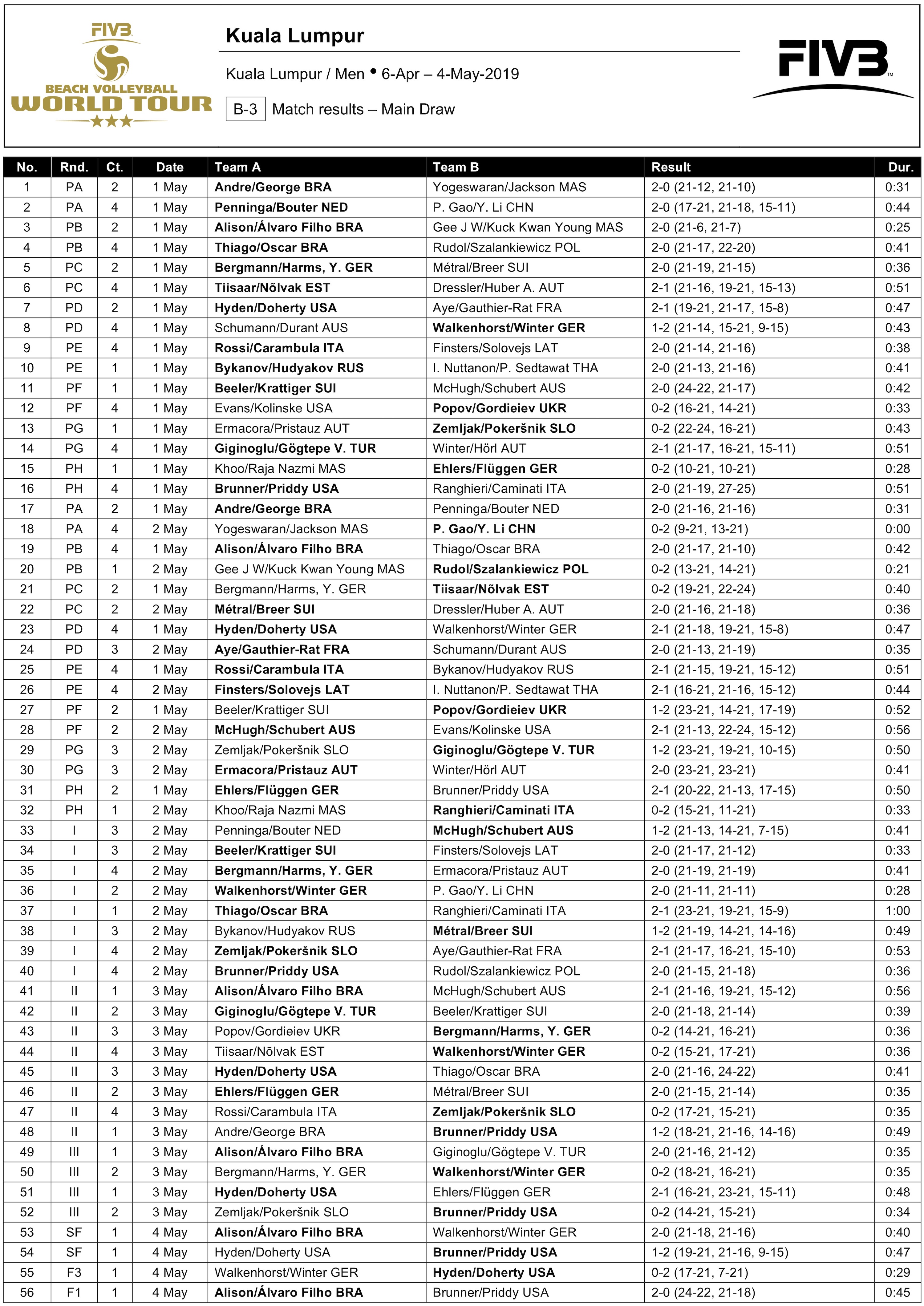 Brunner and Priddy outplayed Alison and Alvaro Filho and had the advantage towards the end of the set, but the Brazilian pair battled hard and succeeded to get the deadlock. The South American side got the final break to snatch the set 24-22 from Alison’s block and service winner.

The Brazilians scored at will to gain advantage in the second set but the USA side played good defence midway through the set until Alison found his touch and scored on two attacks, setting up Alvaro Filho to score the championship point at 21-18.

“We wanted to win this match badly,” Alvaro Filho said. “USA played great in the first set but we never gave up in each moment we played in that set. We fought hard for each point and then focused harder on the next play.”

After losing the semifinal to their compatriots Brunner and Priddy, John Hyden and Ryan Doherty unleashed a powerful brand of offence and defence to gain a straight-set (21-17, 21-7) win for the bronze medal against Germany’s Alexander Walkenhorst and Sven Winter.

“We knew it was going to be a tough match,” Hyden said. “ All four players went through a lot this weekend in the heat. I think both teams went after the big guy knowing that they’re going to run up and block and do everything. My big guy (Doherty) served well and touched the balls and we just did better than our opponents.”

“We played hard because we knew that it was going be a grind the entire time,” Doherty said. “We battled back from a tough loss in the semifinal and that showed that our team has a lot of grit and a lot of determination.”