Tianjin, China, April 27, 2019 – Crucial blocks facilitated Altay VC from Kazakhstan to claim a convincing 3-0 (26-24, 25-18, 25-20) win over TPE of Chinese Taipei in their Pool A encounter at the Wuqing Sports Centre on the opening day of the 2019 Asian Women’s Club Volleyball Championship. Sana Anarkulova contributed match-high 20 points for Altay VC, while Chen Tzu Ya, Chang Li-Wen and Lin Shu-Ho grabbed 13 apiece for TPE. 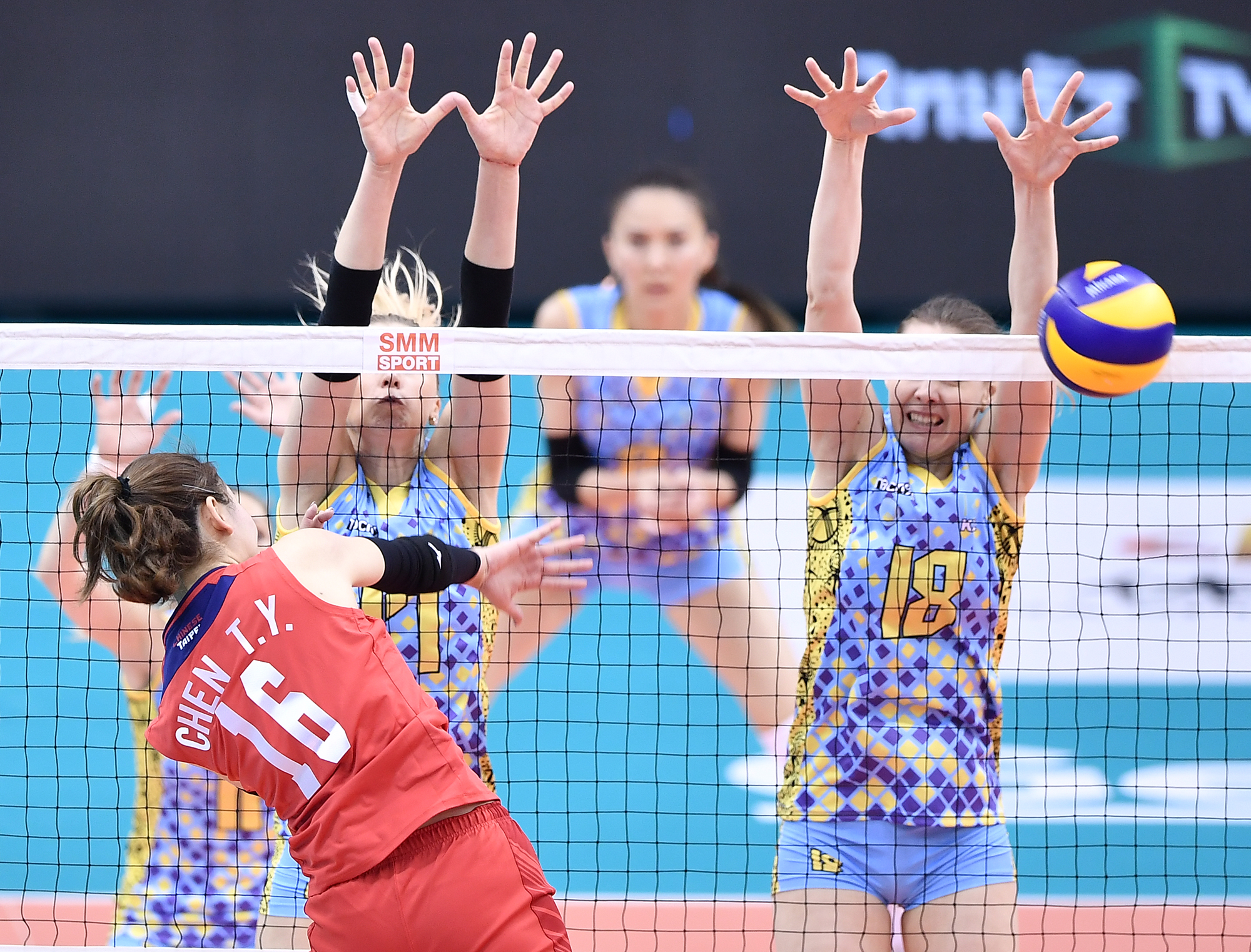 Altay VC led the first set 8-5 before TPE turned things around and counter-attacked well to catch up with the Kazakhs. Both sides remained neck to neck as they changed hands to lead. Altay VC capitalized on their height advantage to answer several thundering blocks at the crucial time to conclude the set 26-24.

Altay VC boosted a slight lead 8-6 before Lin Shu-Ho and Huang Man Ya stepped up to fight back with demolishing aggression instead of relying on solid defence. However, Altay VC regained their composure to swift the momentum to their side once again. When the score came to 24-16, an immense block helped TPE save one set ball but it was not enough to reverse the situation. Tatyana Fendrikova finished things off 25-18 with an undisputed advantage. 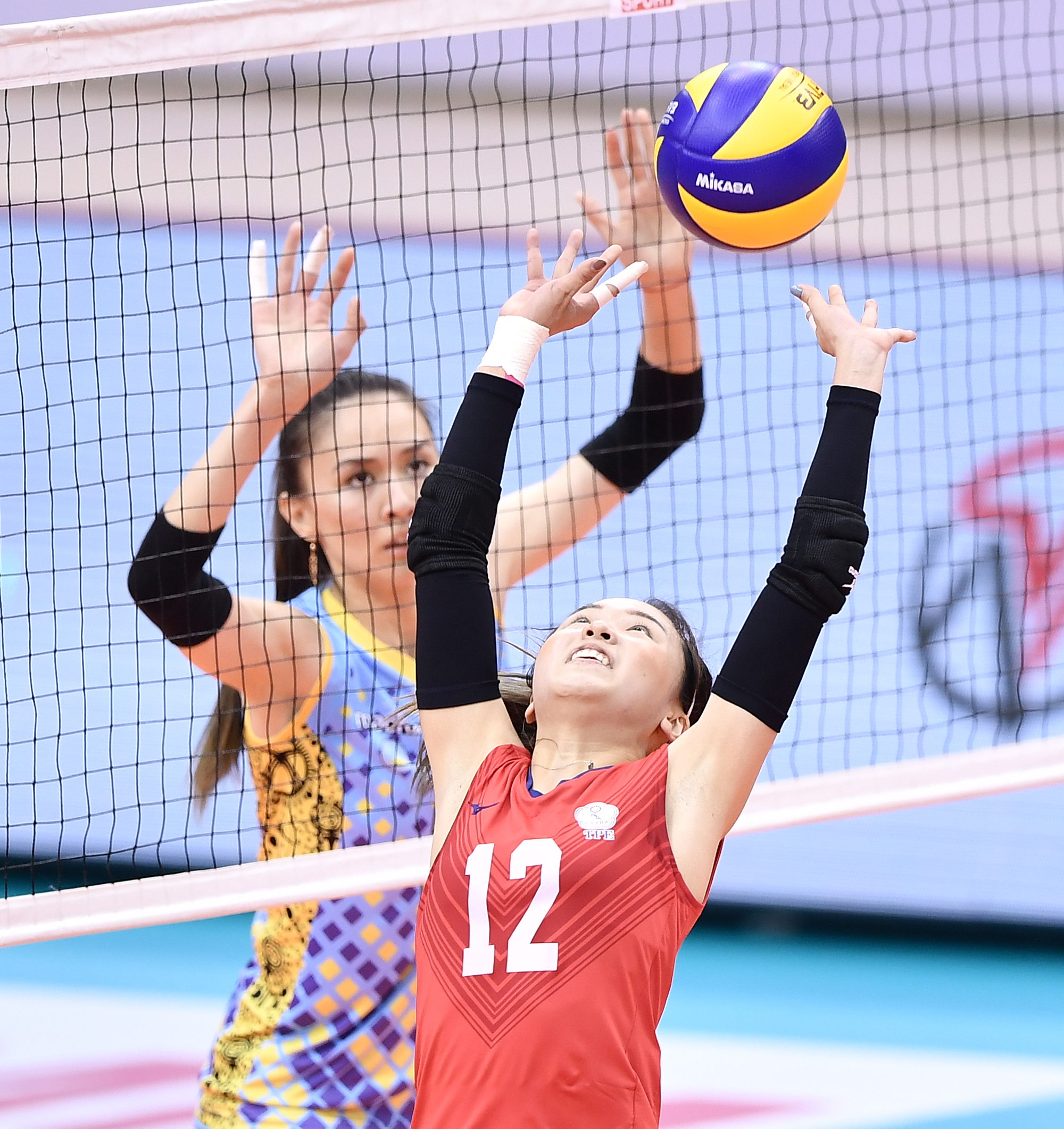 Winning the first two sets, Altay VC kept the pace in the third set to lead commandingly 4-0 before TPE struck back to lead 8-6 and 17-14. Both sides opened blocking mode afterwards. Altay VC challenged on block touch successfully and reversed the set to 19-18. A terrific serve by Anarkulova facilitated Altay VC to the match point. Olga Drobyshevskaya seized the opportunity of counterattack and helped the team capture the set 25-20 and the match 3-0. 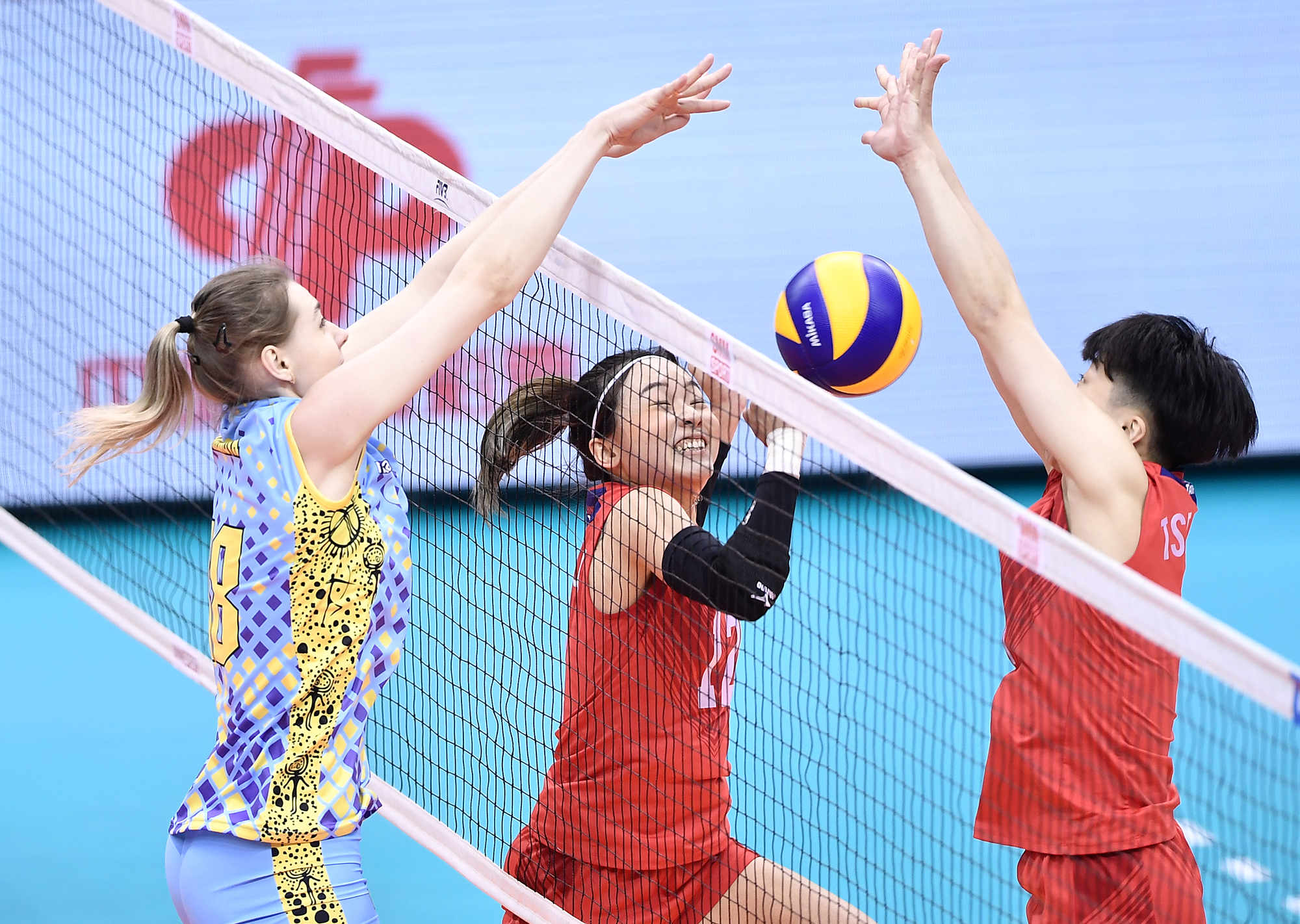 “I am very satisfied with the first game, the victory is important to us. Our opponents have also done a great job.” Altay VC’s head coach Russian Iurii Panchenko Anchenko commented with a big smile.