Espinho, Portugal, July 17, 2019 – Yukako Suzuki & Yui Nagata delivered a straight-set upset of the top seeds in the women’s qualifications to become one of eight teams to advance to Thursday’s 32-team main draw at the four-star Espinho stop on the 2019 FIVB Beach Volleyball World Tour. 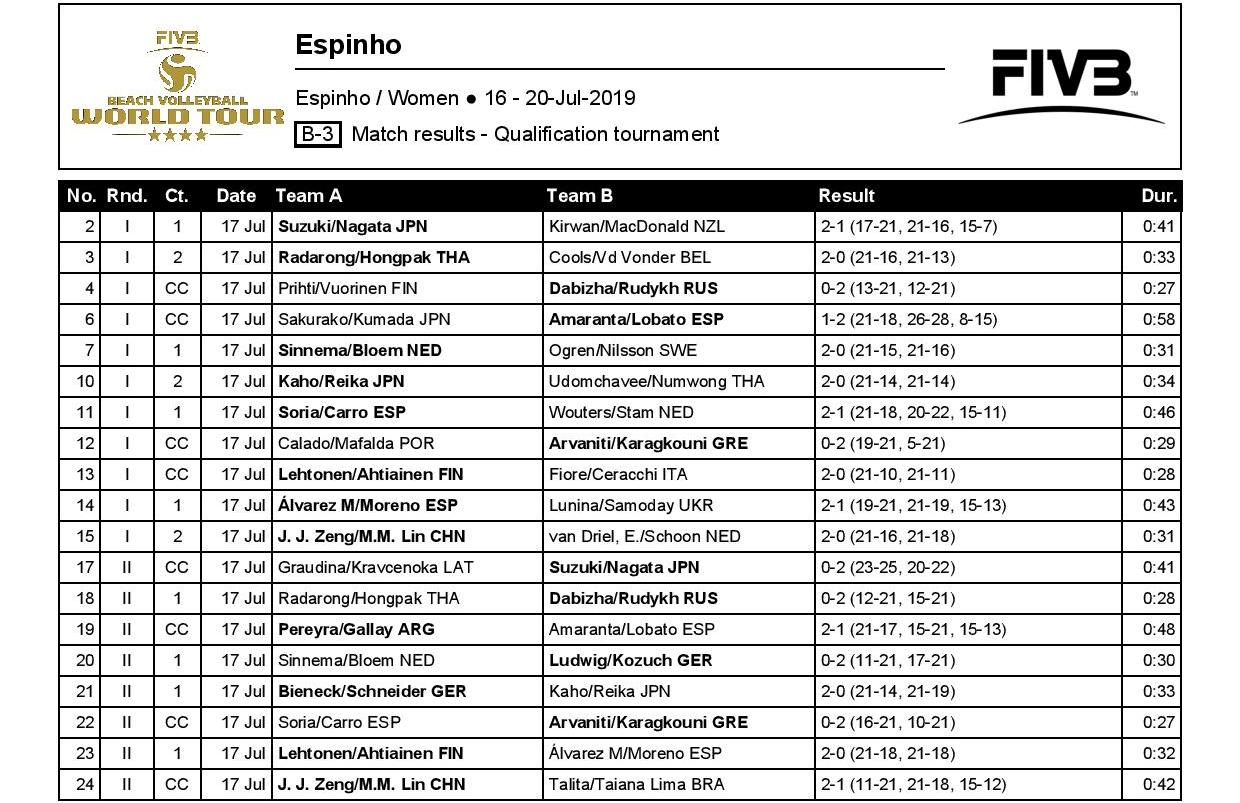 The 17th-seeded Japanese pair started their Wednesday with a 2-1 (17-21, 21-16, 15-7) comeback victory over New Zealand’s Francesca Kirwan & Olivia MacDonald to set up a deciding round encounter with the number one team in the qualification bracket – Tina Graudina & Anastasija Kravcenoka. The fierce battle for a spot in the main draw got each of the two sets extended to extra time, but eventually it was Suzuki & Nagata that came out on top in both – 2-0 (25-23, 22-20). This is the first time they manage to qualify for the main draw at such a high-level tournament since they teamed up at the beginning of this season.

“We are happy! We had good games today. We played with strong hearts and we won! We showed some great teamwork and succeeded,” the Japanese players commented upon qualification.” We look forward to the main draw. We want to take at least one more win and we’ll take it step by step and go as far as we can.” 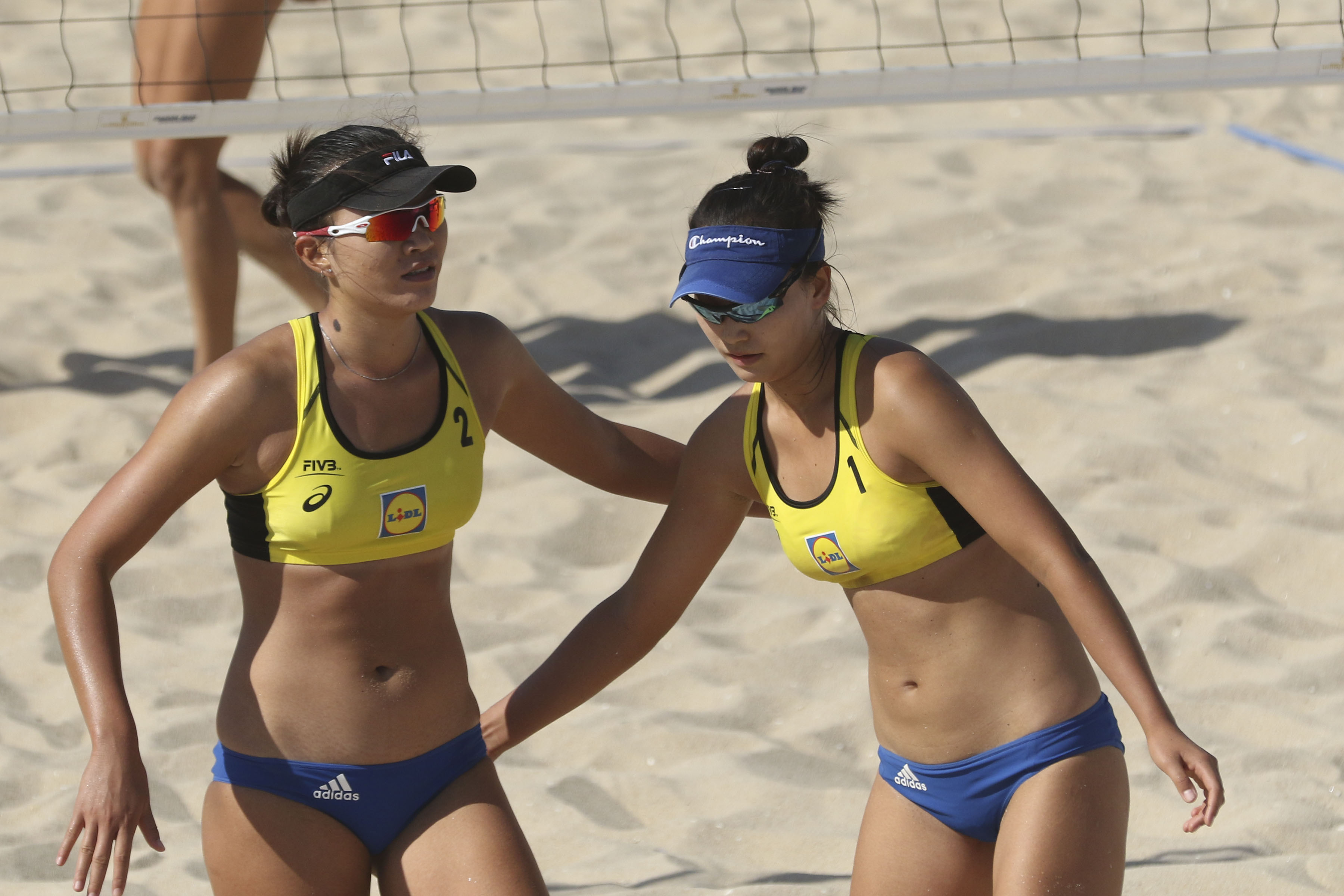 15th-seeded Jinjin Zeng & MeiMei Lin of China also managed a sensational win over second-seeded Brazilians Talita Da Rocha Antunes & Taiana Lima in the second round of qualifying to book a spot among the best 32. After mastering a 2-0 (21-16, 21-18) shutout of Netherlands’ Emi van Driel & Raisa Schoon in the first round, the Chinese came back from a set down against the Brazilians to triumph with a 2-1 (11-21, 21-18, 15-12) victory. The only time Zeng & Lin managed to move from the qualifications to the main draw since they got together for the start of the year was at their first World Tour appearance as a pair, at the Sydney three-star in March. On Tuesday, Talita & Taiana Lima themselves had achieved a similar feat – 2-1 (12-21, 21-12, 16-14) in the tournament’s only country quota match against compatriots Maria Antonelli & Carolina Solberg Salgado, who came in as last week’s runners-up from Gstaad.

Seeds three through eight – Victoria Bieneck & Isabel Schneider and Laura Ludwig & Margareta Kozuch of Germany, Fernanda Pereyra & Ana Gallay of Argentina, Vasiliki Arvaniti & Panagiota Karagkouni of Greece, Riikka Lehtonen & Niina Ahtiainen of Finland and Ksenia Dabizha & Daria Rudykh of Russia – however, lived up to their status and claimed the other six vacancies in the main draw.