Australia gave it all what they had to match the powerful attacks of France, but went down in dramatic four sets for three losses in a row in the first week of the 2021 FIVB Men’s Volleyball Nations League in Rimini, Italy on Sunday. 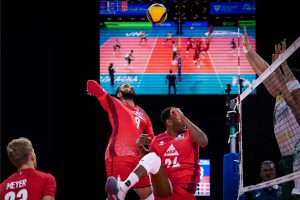 Australia, Asian silver medallists, suffered their first 0-3 loss at the hands of Germany on Friday and faced the similar fate the following day after another 0-3 loss to Bulgaria. Against unbeaten France in their third match, Australia recovered from the hotly-contested first set deficit 26-28 to take the second set 25-20. 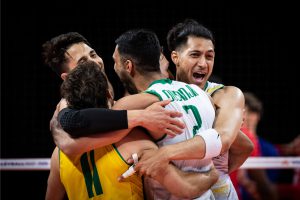 However, France found their touch in the next two sets, with Jean Patry and Kevin Tillie excelling in attack. Although the determined Australia battled hard, France responded well to eventually come through and capture the next two sets 25-14, 25-23 and match. 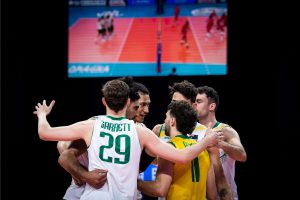 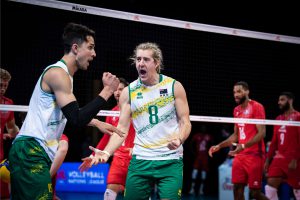 Australia’s Beau Graham said: “It was a very fierce one. I think we did a really good job fighting against France. We have many young guys in the team and I think it’s a really great experience to play against good teams like France, but we had a good fight. We are going step by step, we are improving game by game, we are getting there. Now we have lost three games in a row, but for us I am really proud. We have to keep working on our service pressure, but our block system is getting better and better.” 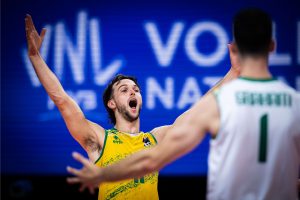 Jean Patry of France said: “It was a difficult match, but we knew that today we were playing early at 10, so it wouldn’t be easy for us. But I’m happy because I think we played well and we started the tournament with three victories. I tried to work well with the setter to find our rhythm. It’s only the second week since we started to train together again, so I’m happy that it has worked so well so far and that I scored many points.” 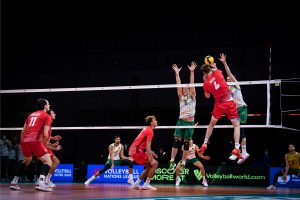 SEYED MOUSAVI: WE HAVE TO PUSH FOR EVERY VICTORYQATAR’S CHERIF/AHMED SETTLE FOR SILVER IN WORLD TOUR IN SOCHI