Bangkok, Thailand, July 18, 2020 – Australian sports administrator John Dowling Coates made Asian and World Volleyball proud as he was appointed Vice President of the IOC at the 136th Session of the International Olympic Committee on Friday, the first-ever Session to be held by videoconference.

AVC Beach Volleyball Committee Chairman and Volleyball Australia President Mr Craig Carracher, who joined the Board of Australian Olympic Committee since 2015, has expressed his sincere congratulations to Coates upon his election as the IOC Vice President.

“I’m very delighted that John Coates has been appointed. He has been a champion of Australian Sport for as long as most athletes, coaches and administrators can remember. His contribution and leadership is unparalleled on the global sport stage. His importance to Olympic sport is matched only by his importance to all sports and Volleyball continues to benefit from his advocacy. On behalf of Volleyball in Australia, I am sure I can say also on behalf of Asian and World Volleyball,” Craig was quoted as saying. Coates, inducted into the Sport Australia Hall of Fame in December 1993, was awarded an Australian Sports Medal and the Olympic Order in Gold in 2000 and appointed a Companion of the Order of Australia in 2006.

Aside from John Coates, the other four persons from Asia have also been elected in the IOC Session comprising veteran Singaporean sports administrator Mr Ng Ser Miang, who chairs the IOC’s Finance Commission as well as the World Anti-Doping Agency’s Finance and Administration Committee, Mrs Mikaela Cojuangco Jaworski from the Philippines, Mr Battushig Batbold, First Vice-President of the Mongolian National Olympic Committee and Princess Reema Bandar Al-Saud from Saudi Arabia. 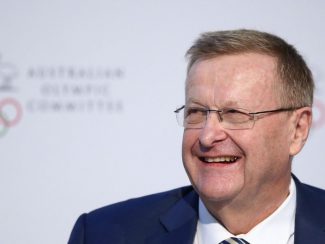