Maoming, China, May 10, 2019 – Australia ruled Day 2 of the 2019 Asian Senior Beach Volleyball Championships as all three of their women’s teams stormed their way into the Saturday’s quarter-finals, with Nicole Laird/Becchara Palmer and reigning champions Taliqua Clancy/Mariafe Artacho Del Solar setting up an all-Aussies affair. 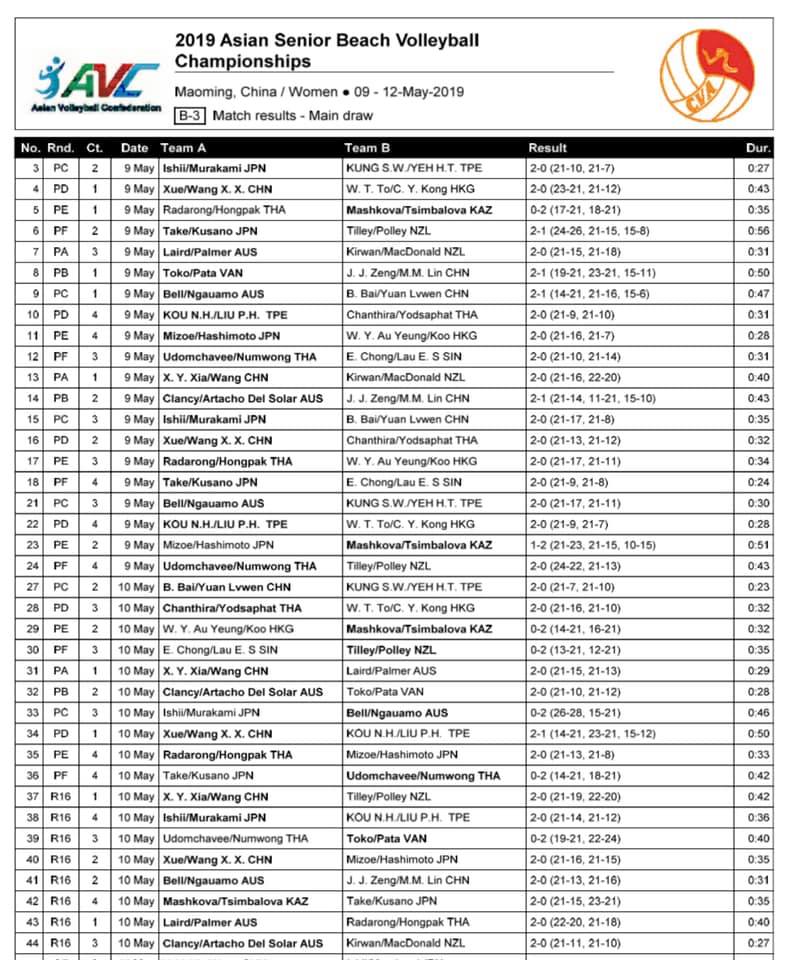 Australia had its sights set on winning the women’s title three in a row in Maoming, with Louise Bawden/Talique Clancy capturing the 2017 title in Songkhla, Thailand and Clancy partnering Mariafe Artacho Del Solar to successfully retain her crown and stretch the Australia’s domination in the Asian meet to two consecutive times after their victory at the 2018 edition in Satun, Thailand. 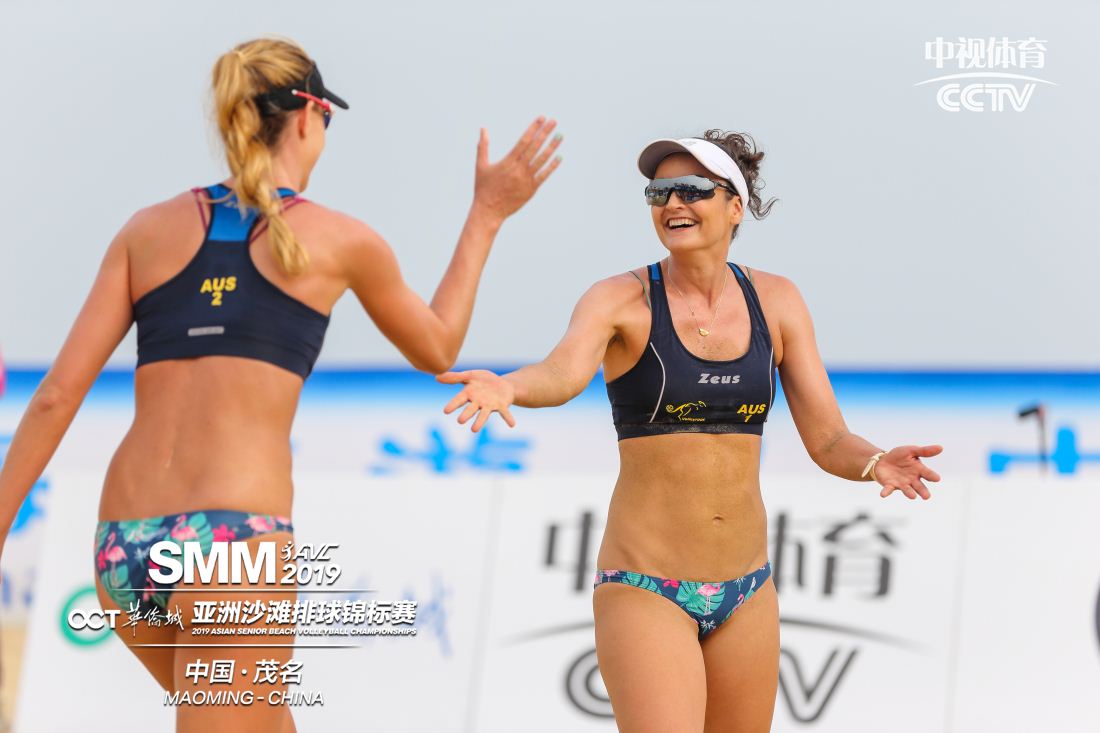 In this edition, Australia fielded three strong outfits with an aim of seeing them make their mark in this topnotch competition and the trio teams did not let their supporters down on Friday. 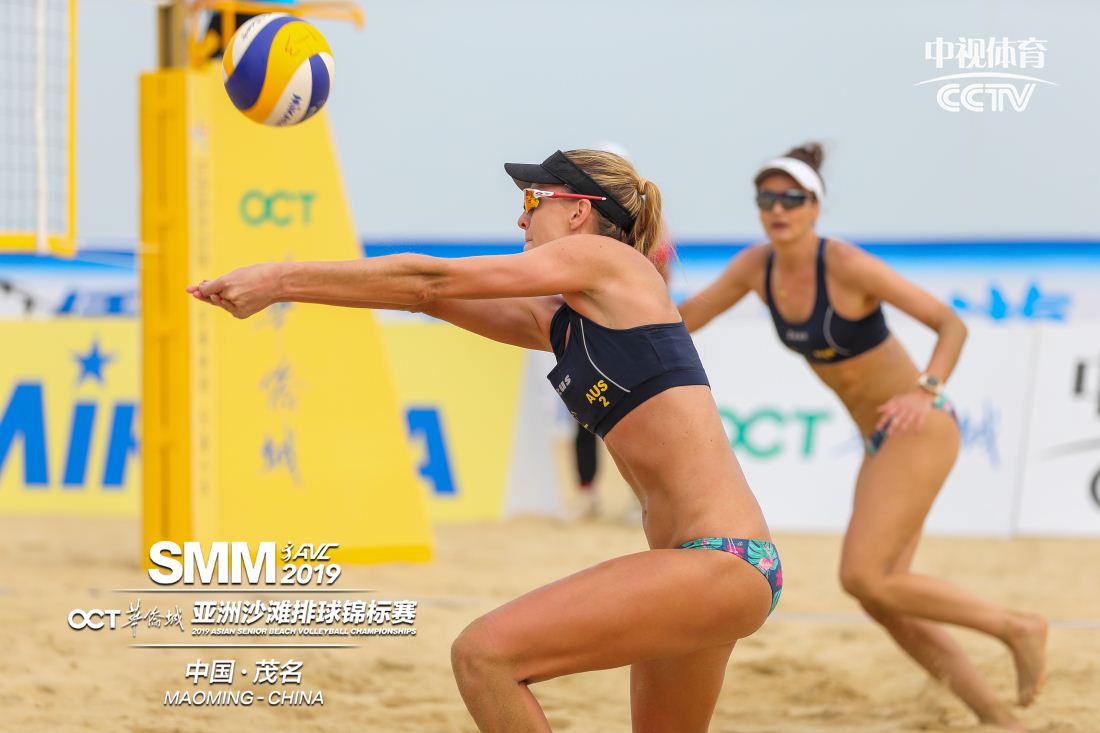 Nicole Laird/Becchara Palmer, gold medallists at this year’s FIVB World Tour 3-star in Sydney in March, made a dismal start on Friday with a bitter 15-21 13-21 loss to Chinese top seeds Xia Xinyi/Wang Fan in the pool play, but showed their superb form in round of the last 16, where they powered past Thailand’s Varapatsorn Radarong/Khanittha Hongpak 2-0 (22-20 21-18) for a place in the quarter-finals. Laird/Palmer are due to go up against team-mates Clancy/Artacho Del Solar in the all-Australians quarter-final clash. 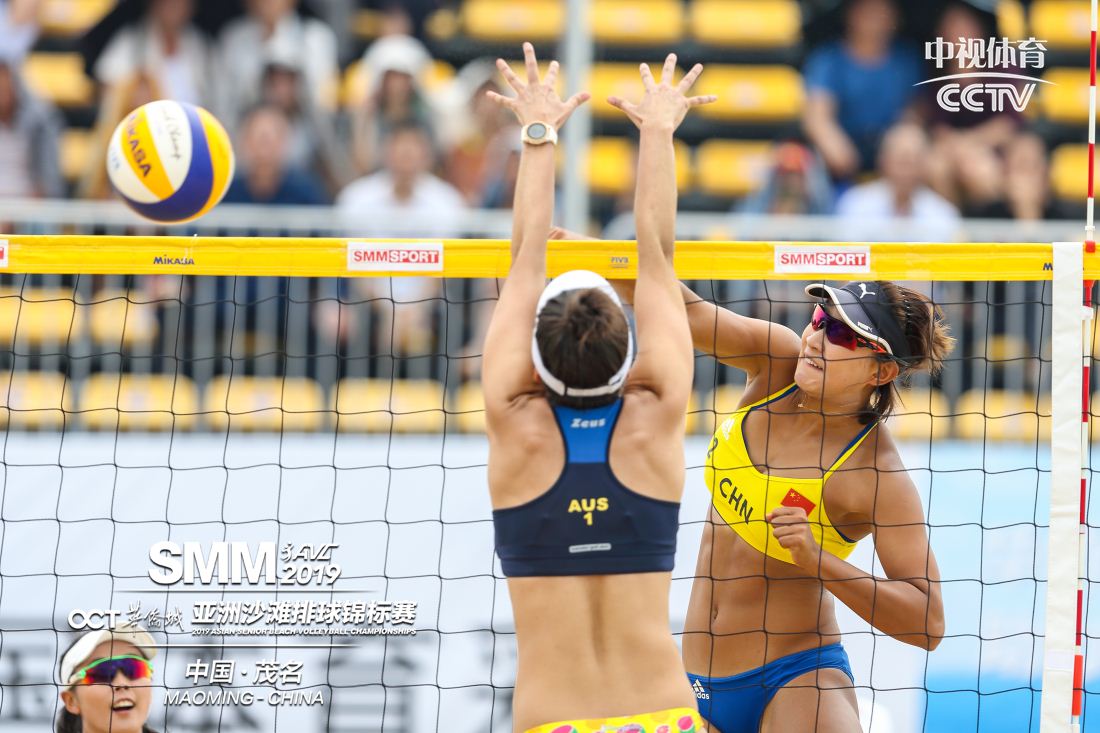 Clancy/Artacho Del Solar had been regarded as one of the strongest teams to beat in this Championship. Apart from winning the last year’s Asian title in Satun, Thailand, the Australian second seeds made much of the impact on the same year when they landed four FIVB Beach Volleyball World Tour comprising Espinho Open Lucern Open, Sydney Open and Qinzhou Open and also picked up silver at the 2018 Commonwealth Games at home in Gold Coast.

Clancy/Artacho Del Solar captured the top spot in Pool B after a 2-0 (21-10 21-12) demolition of Vanuatu’s Sherysyn Toko/Miller Pata in their last pool round-robin preliminary match. The round of the last 16 saw the Australian duo overwhelm Kiwis Francesca Kirwan/Olivia MacDonald in a completely one-sided battle 21-11 21-10 in 27 minutes 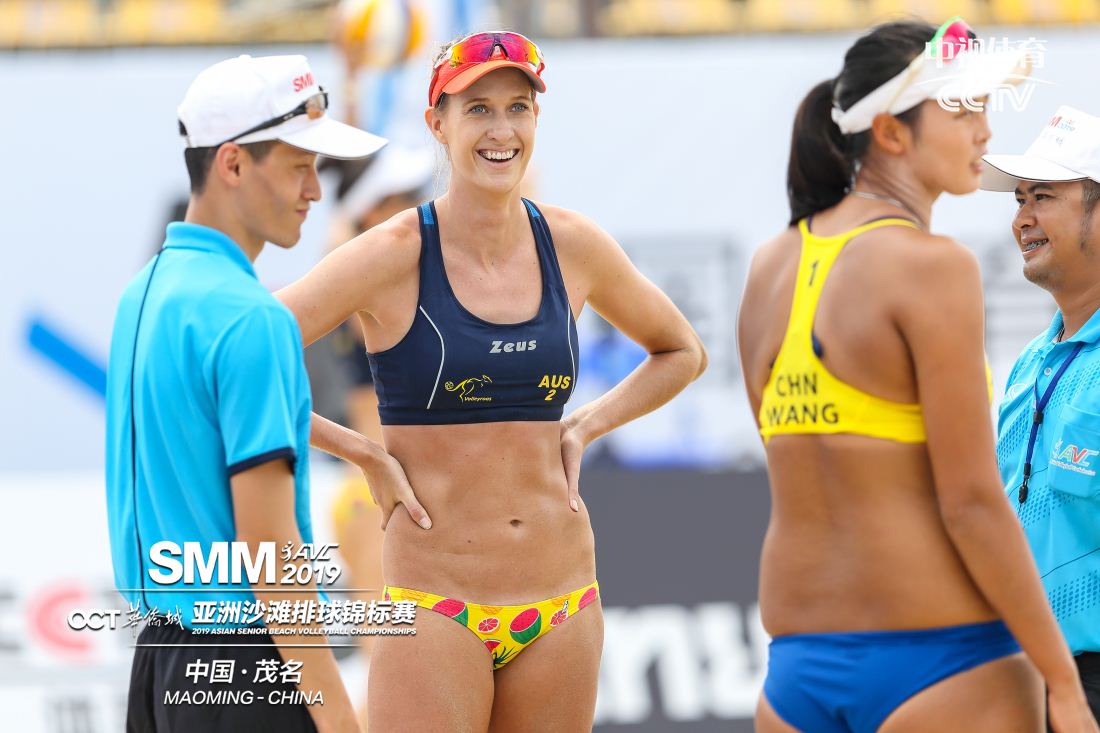 Another Australian pairing, Phoebe Bell/Jessyka Ngauamo, emerged as the Pool C winners following their stunning 2-0 (28-26 21-15) victory over Japan’s Miki Ishii/Megumi Murakami, gold medallists at the recent Asian Tour Can Tho Open in Vietnam.

Bell/Ngauamo went on their fine form to beat Chinese Zeng Jinjin/Lin Meimei 2-0 (21-13 21-16) in round of the last 16. The Aussies will next go up against Tatyana Mashkova/Irina Tsimbalova, winners at the 2014 Asian Beach Games in Phuket, Thailand, in the Saturday’s quarter-finals. The Kazakh duo made a clean sweep in Pool E and remain unbeaten in round of the last 16 following a 2-0 (21-15 23-21) win against Japan’s Takemi Nishibori/Ayumi Kusano. 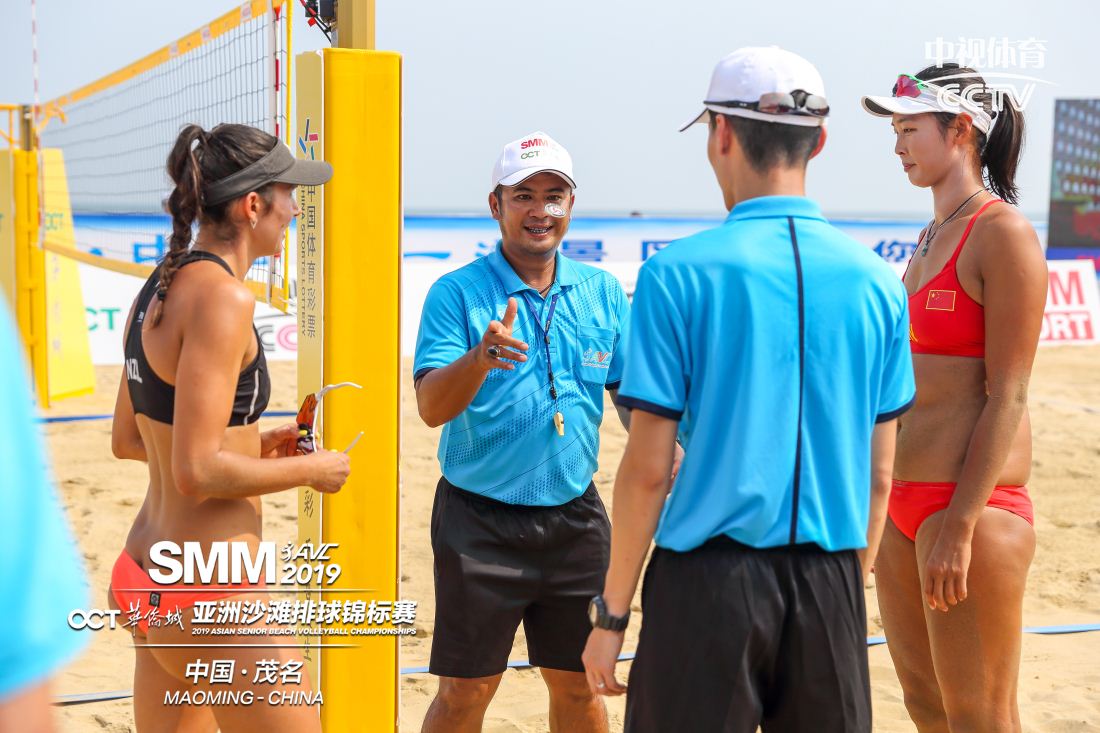 Chinese top seeds Wang Fan and Xia Xinyi and fourth seeds Xue Chen/Wang Xinxin escaped early exit, with the former setting up a tough quarter-final clash with old foes Ishii/Murakami of Japan and the latter taking on Vanuatu’s Toko/Pata in another quarter-final encounter. 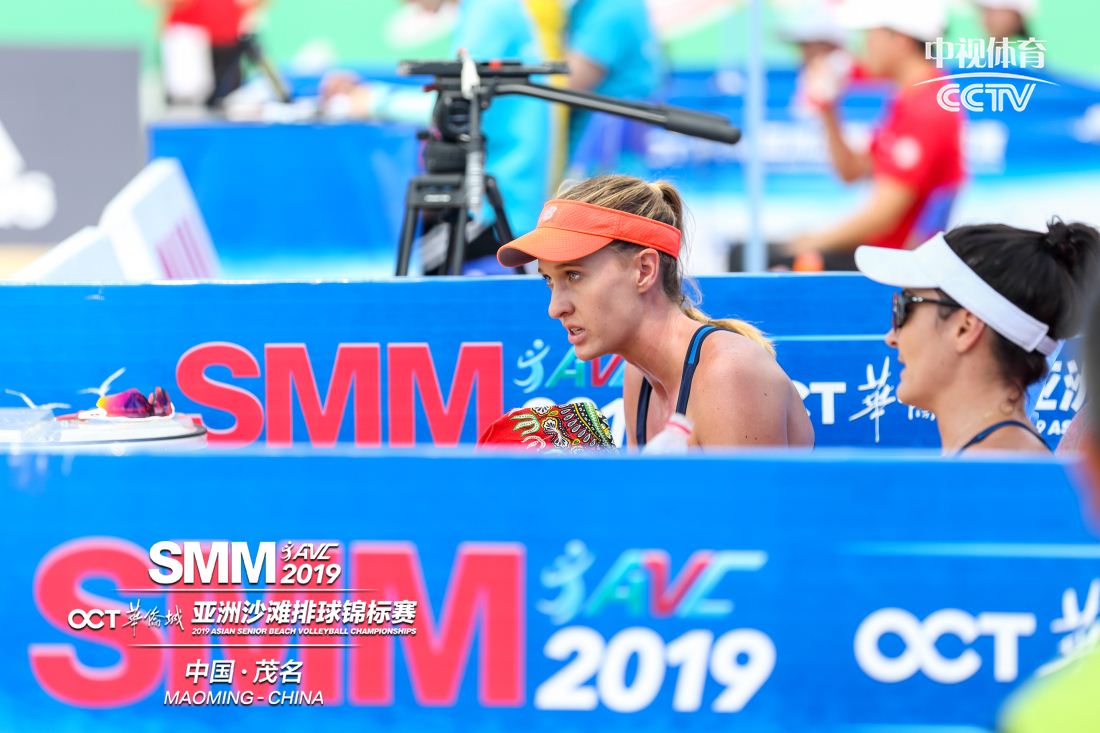 Wang and Xia had met Ishii/Murakami for several occasions in the final showdown including the last month’s Asian Tour Samila Open in Songkhla, Thailand, and the 2018 Asian Games in Indonesia. The Chinese proved much stronger than the Japanese to win them all and their quarter-final match in Maoming can be a rematch, where the Japanese are looking for a revenge. 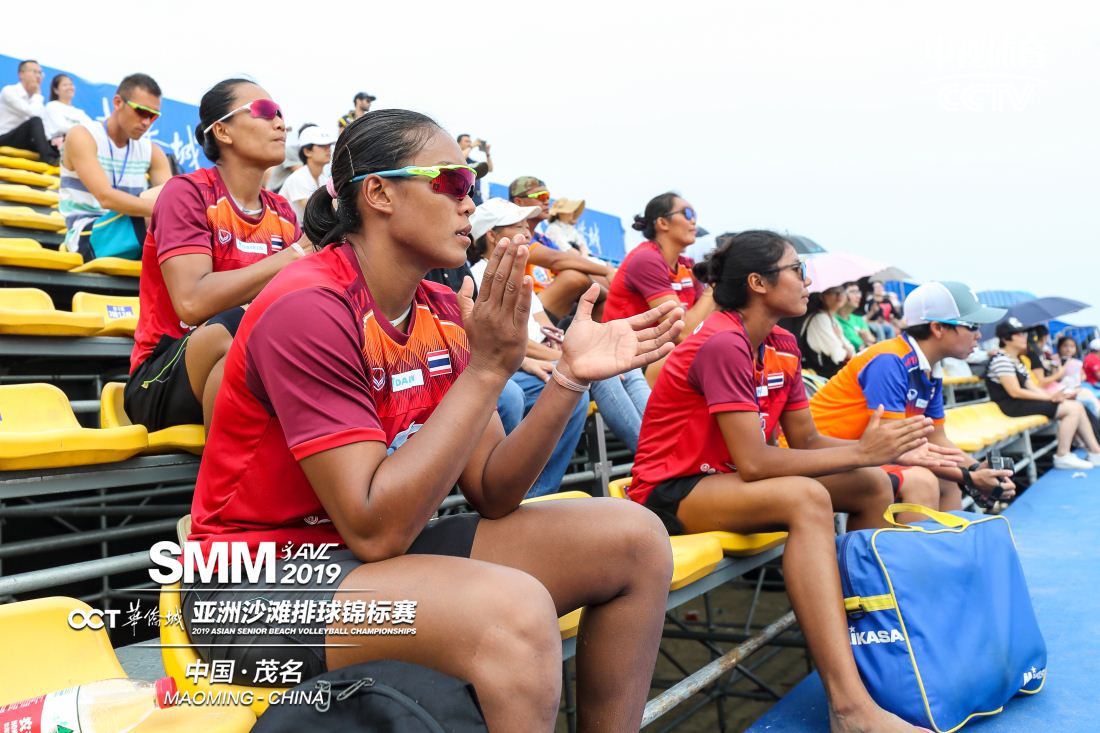 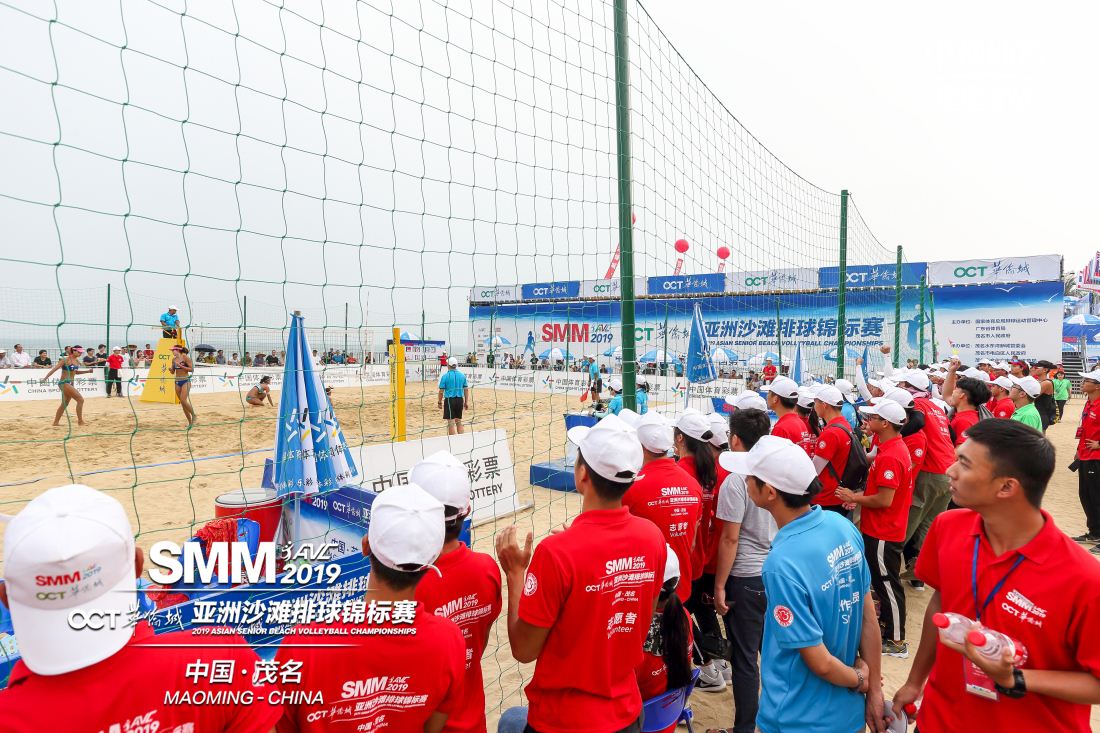 FINANCE COMMISSION AT THE HEART OF FIVB COMMISSIONS 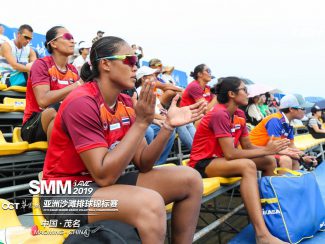 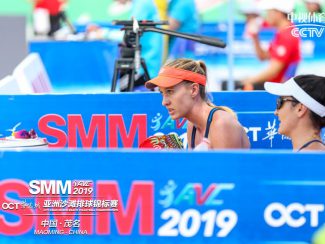 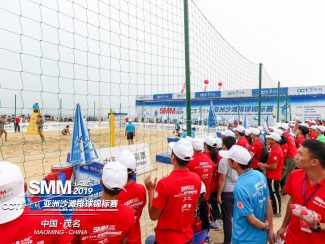 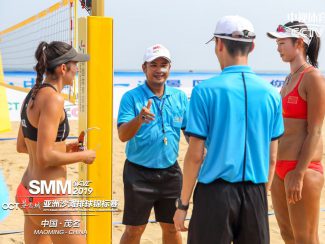 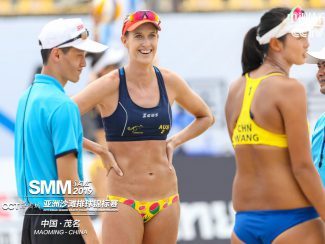 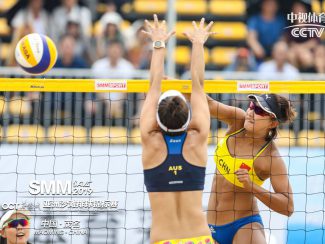 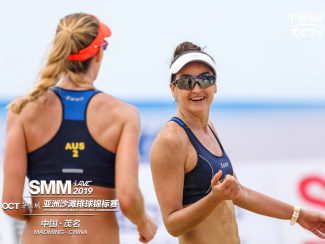 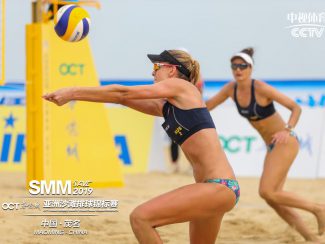 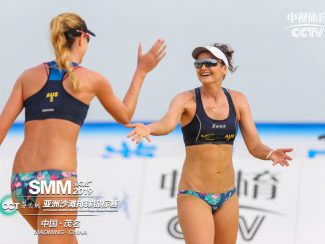 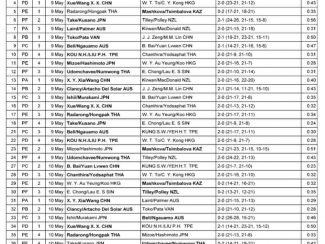