Songkhla, Thailand, September 20, 2022 – Record field of 46 teams from 16 countries will strut their stuff in the AVC Beach Tour 21st Samila Open at Samila Beach, a 3km stretch of white sand beach in the popular tourist town of Songkhla, from September 21 to 25. 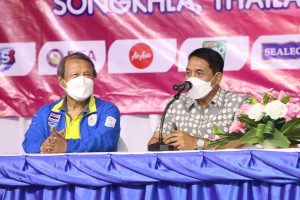 In the men’s competition, Indonesia, Thailand and Philippines, top three teams at this year’s SEA Games in Vietnam will join the fray at the Samila Open, while teams from Australia, China, Japan, Qatar and Kazakhstan are ready to prove their talents. The AVC Beach Tour Samila Open here also serves as one of the tuneup tournaments ahead of their active participation in the 2022 Asian Senior Men’s Beach Volleyball Championship in Bandar Abbas, Iran between November 14 and 18. 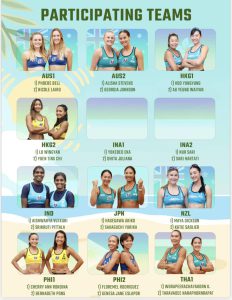 The participating teams, which have been divided into eight pools (Pools A, B, C, D with three teams apiece and Pools E, F, G, H with four teams each), will contest the pool round-robin preliminaries. Only top two teams from each pool will advance to the single elimination round (round of last 16, quarterfinals, semifinals and finals). 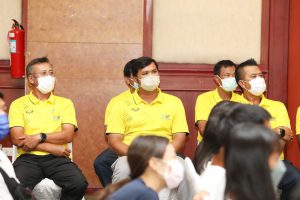 In the women’s event, the top three teams from the last week’s Asian Senior Women’s Beach Volleyball Championship including newly-crowned Asian champions Shaunna Polley/Alice Zeimann from New Zealand did not turn up. No Chinese players did not compete here, with Australia fielding two teams including Australia 1’s Phoebe Bell/Nicole Laird and Australia 2’s Alisha Stevens/Georgia Johnson and Japan fielding only one team in Akiko Hasegawa/Yurika Sakaguchi. The women’s teams have already been split into four pools (Pools A and B with five teams each and Pools C and D with four teams apiece). Similar to the men’s event, the women’s competition will see only top two teams from each pool make it to the single elimination round (quarterfinals, semifinals and finals). The pool plays will be held at four courts including the Centre Court on Wednesday, September 21 from 8pm local time. The opening ceremony will take place at 16.45pm, followed shortly by the day’s last match between Thailand 1’s Worapeerachayakorn/Taravadee and Vietnam 2’s Chau Ngoc Lan and/Dinh Thi My Nga in the women’s event. 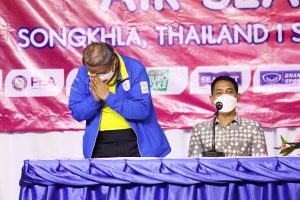 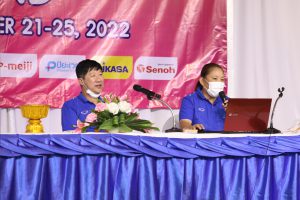 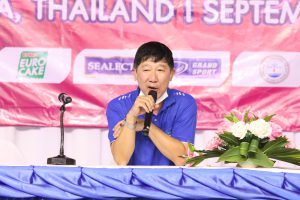 After that, Technical Delegate Mr Kritsada Panaseri from Thailand and Referee Delegate Ms Mariko Satomi from Japan jointly presided over the team briefing and conducted the drawing of lots. 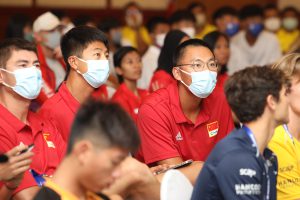 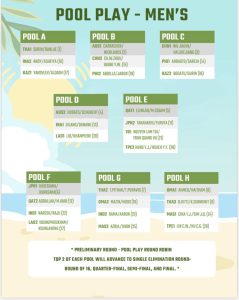 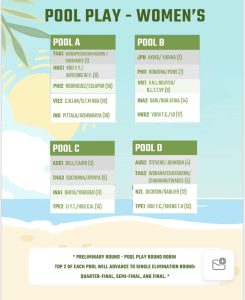