Songkhla, Thailand, September 21, 2022 – Strong teams got the AVC Beach Tour 21st Samila Open off to winning starts, as hosts Thailand won all matches contested on the action-packed opening day of the double-gender event on Samila Beach here on Wednesday.

The five-day AVC Beach Tour 21st Samila Open on Samila, a 3km stretch of white sand beach in the popular tourist town of Songkhla in southern Thailand, is the fourth beach volleyball event held in Thailand this year which included the first three in Roi Et – the Asian U19 Championships during June 2 and 5, the AVC Beach Tour Roi Et Open from September 10 to 12 and the Asian Senior Women’s Championship between September 15 and 17. 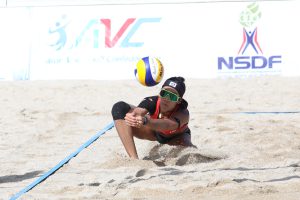 In the women’s event on Wednesday, the 2021 Asian champions Worapeerachayakorn Kongphopsarutawadee/Taravadee Naraphornrapat from Thailand, who also picked up bronze medal at the Roi Et Open, made a strong start as the Thai duo spent only 22 minutes in demolishing Indians Vutkuri Aishwarya/Pittala Srikruti in a totally one-sided battle 21-3, 21-7 in Pool A. 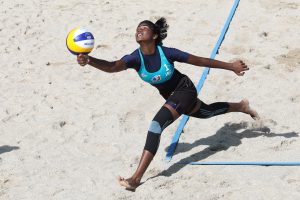 They made it two in a row later on the same day after powering past Vietnamese Chau Ngoc Lan/Dinh Thi My Nga 21-13, 21-14 in their second encounter.

The Vietnamese pairing enjoyed a mixed fortune as they earlier brushed off Hong Kong China’s Koo Yungyung/Au Yeung Waiyan 21-18, 21-18 in their first match. 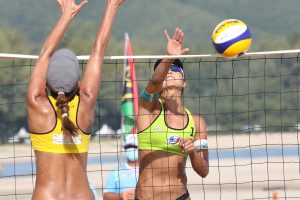 In Pool B,  Japan’s Akiko Hasegawa/Yurika Sakaguchi also made it two for two. They first cruised past Hong Kong China’s Lo Waiyan/Yuen Tingchi 21-13, 21-7 before stretching it two in a row following their solid 21-12, 21-16 win against Indonesia’s Sari Nur/Hartati Sari. 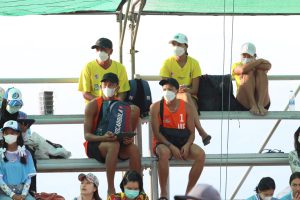 In the afternoon session, heavy rains interrupted the on-going competition, but failed to dampen the players’ enthusiasm as some men’s matches continued in the heavy downpour. 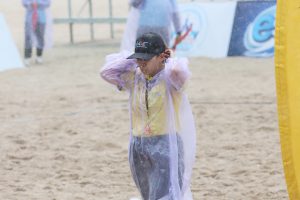 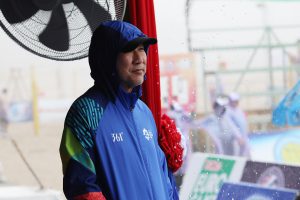 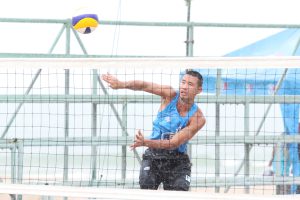 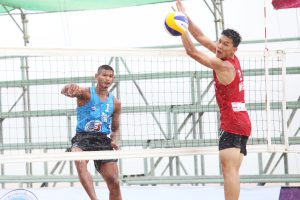 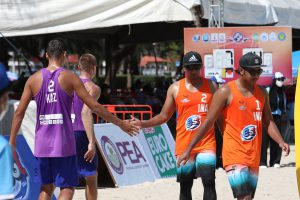 Indonesians Andy Ardiyansah/Mohammad Ashfiya suffered their first loss at the hands of Kazakhstan’s Dmitriy Yakovlev/Nurdos Aldash 13-21, 15-21 in Pool A. The Kazakh pairing will next take on Thailand’s Surin Jongklang/Banlue Nakprakhong on Thursday. Chinese Wang Yanwei/Zhou Chaowei had a little problem in overcoming Philippines’ Alnakran Abdilla/Jaron Requinton 21-17, 21-16 in Pool B. Another daunting challenge awaits the Filipinos as the will next go up against Australians Izac Carracher/Mark Nicolaidis on Thursday. 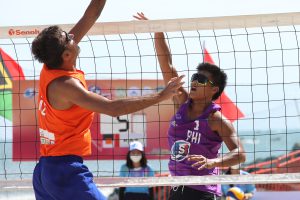 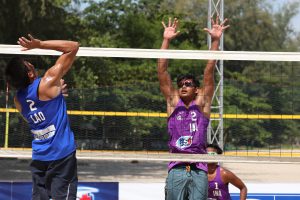 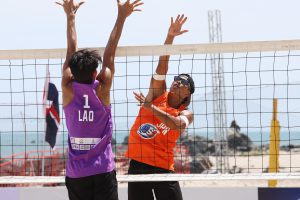 The pool plays continue in both men’s and women’s events on Thursday. The men’s round of last 16 and the women’s quarterfinals will be held on Friday. Semifinals of both categories will take place on Saturday, with the third-place playoffs and finals the following day. 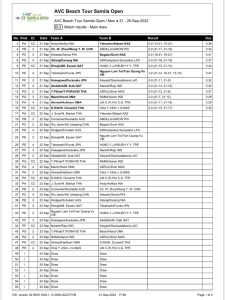 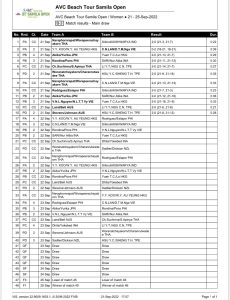 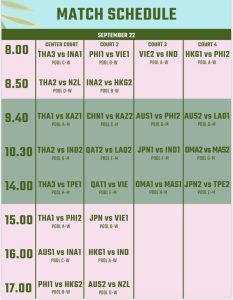 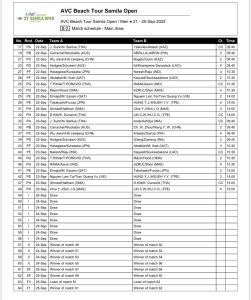 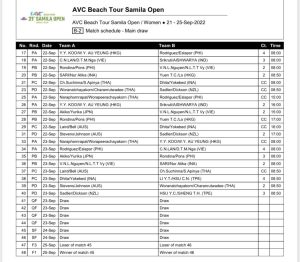