Bangkok, Thailand, February 28, 2022 – The AVC Finance Committee Meeting was held on Zoom on Monday to review the financial status of the Asia’s volleyball-governing body, particularly in the areas of management during the COVID-19 pandemic crisis. 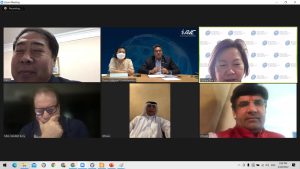 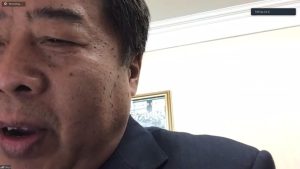 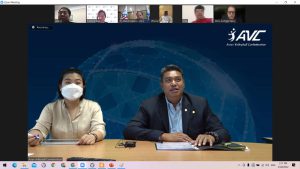 Opening the meeting, Mr Kiattipong said in his welcome address, “On behalf of Asian Volleyball Confederation and AVC President Mrs Rita Subowo, I would like to welcome all the AVC Finance Committee Members to this meeting. We hope that everyone stays healthy and safe then we can do our best for volleyball and beach volleyball, our beloved sports. We also hope that all the Members will work closely together with us and AVC to exchange the ideas for planning the financial matters of the AVC.

“Therefore, your opinions, recommendation, proposals and kind cooperation are necessarily needed for the very best success of all activities in Asia. A lot of things should be done earlier as preparation plans for this year and next year. Last but not least, we hope everyone stays healthy and hope to see all of you in person in the next meeting,” he said.

During the meeting, Members acknowledged the Agenda and the Minutes of 2021 AVC Finance Committee Meeting held via video conference aside from hearing the report of AVC Activities and Financial Situation in 2021. They were also presented with the Financial Report, the Independent Auditor Report by External Auditor and discussed the 2022 and 2023 AVC Budget.