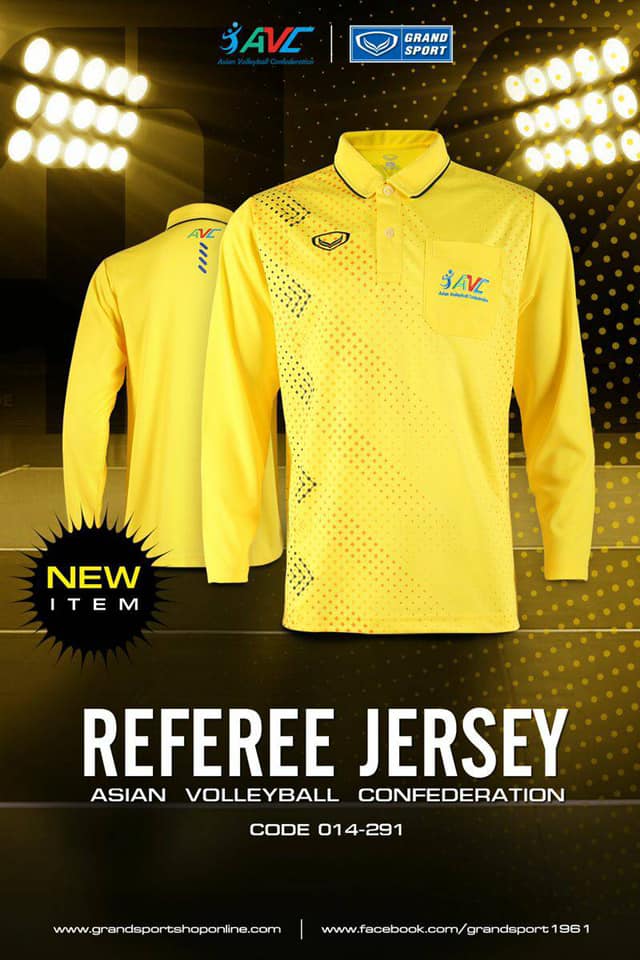 The collar T-shirt introduces a clean look in unisex yellow that will be perceived functionally best in bright light. Yellow is an upbeat colour that brings smiles, but it reflects a quick, sharp impression. Wearing the jersey with this tone, the AVC referees will become somehow the centre of attention and look more outstanding while on duty in the middle of the competition venue. 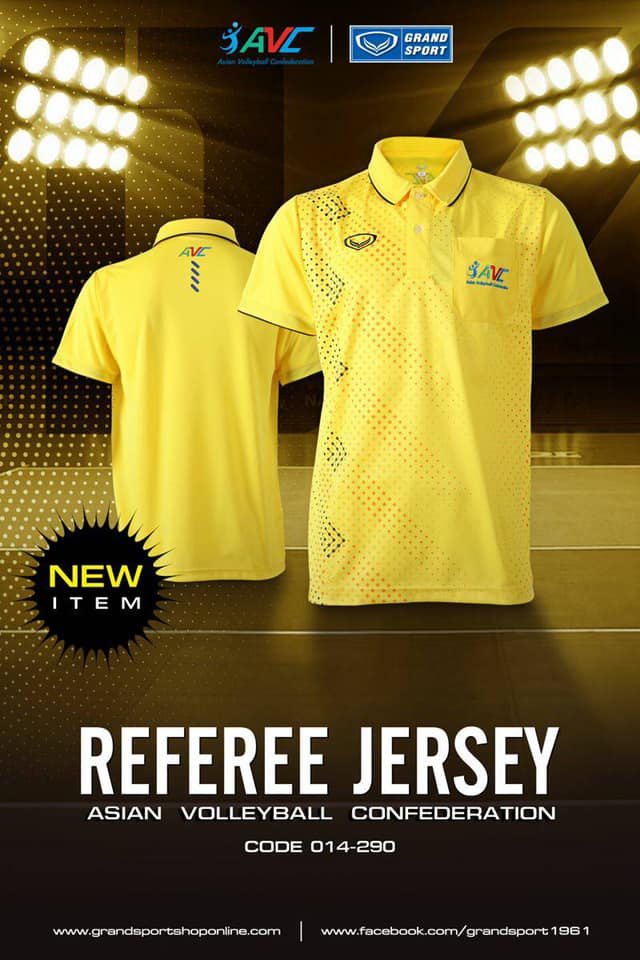 With a black crew-neck collar and black logo of manufacturing company and AVC’s official sponsors Grand Sport on the right chest, the T-shirt, comfortable, quick-dry and having sweat management properties, has graphical items displaying darker and lighter variations running diagonally from the right shoulder to the lower front. The left-chest pocket appears the uniquely-designed, embroidery AVC logo. 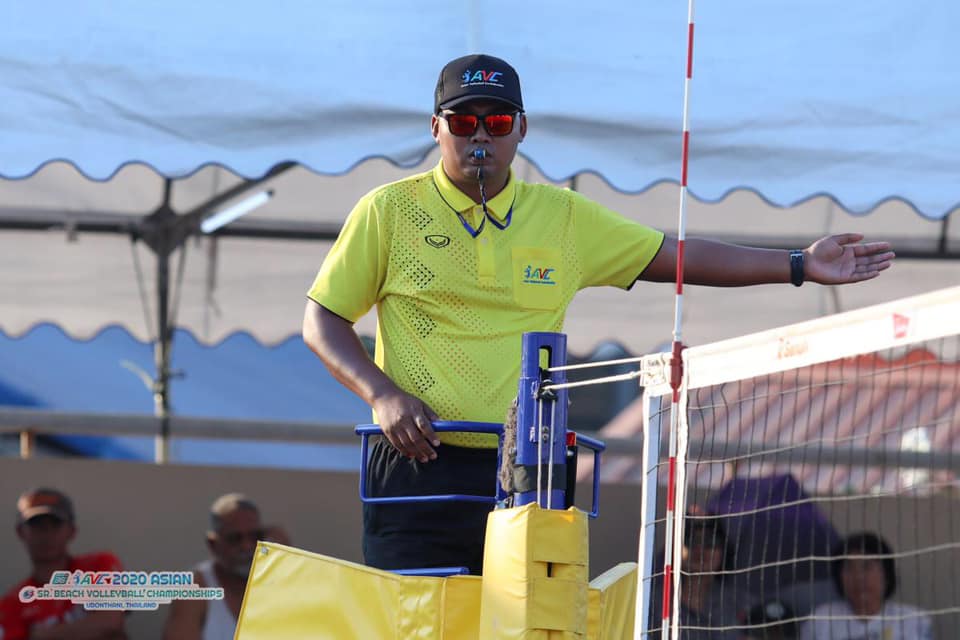 The yellow AVC Referee Jersey not only reflects the similar colour to the ball in the sport, but also provides a fresh look and will be a great contrast to the blue uniform designed to be worn by all referees in both disciplines – indoor and beach volleyball, in the previous season.

While it is a requirement that all AVC referees on duty at Asian Championships and relevant competitions are attired in this uniform, beach volleyball referees have been required to wear short-sleeve jerseys which seem like a perfect offer for warm and sunny hot days. By the same token, the collar T-shirts with long sleeves are most suitable for indoor volleyball referees while working in air-conditioned venues. AVC has initially planned for indoor volleyball referees to wear the Official AVC Referee Jerseys during the Asian Men’s Club Volleyball Championship, rescheduled to be held in September 2020 in Nakhon Ratchasima, Thailand, but following the cancellation of the annual top-flight competition due to the COVID-19 pandemic, the brand new jersey is expected to be worn for the first time next year in any Asian Championship which can get off the ground in 2021.