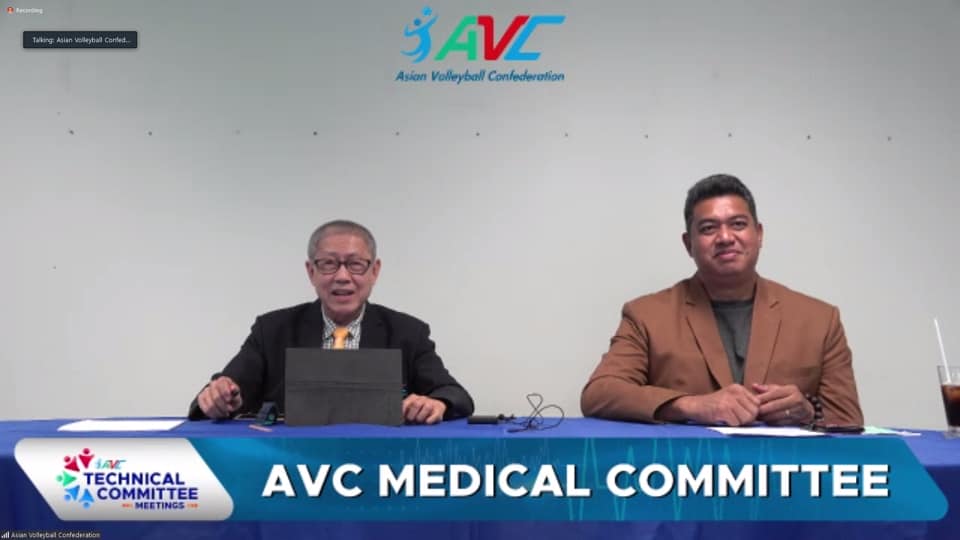 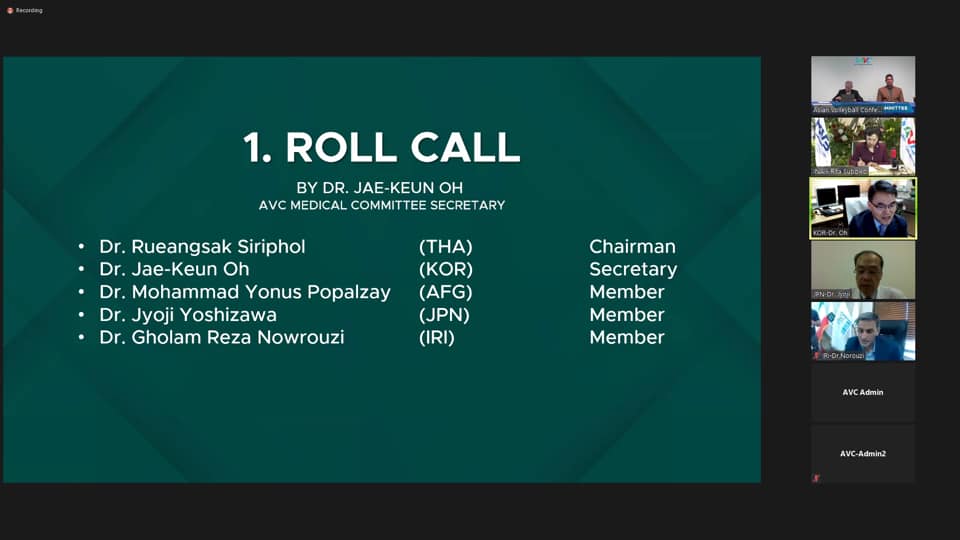 AVC President Mrs Rita Subowo presided over the opening of the meeting, saying that she is happy to see every Member stay safe and healthy during this difficult COVID-19 pandemic. She also kept a positive mindset in her welcome speech, suggesting that snow volleyball be promoted at the next year’s Winter Olympics in China as exhibition sport. 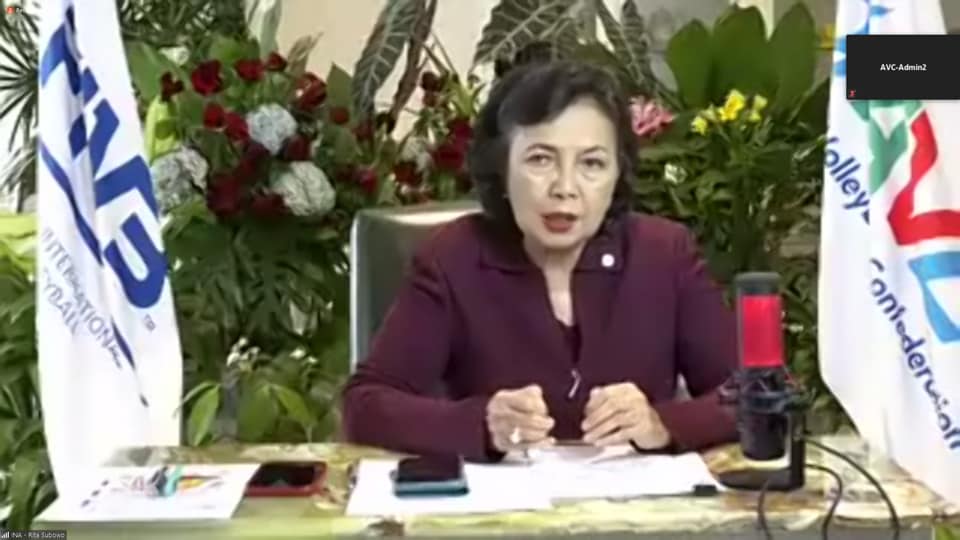 She has also urged the AVC Medical Committee to substantially help promote FIVB Development Centres in Asia, hoping that all four Centers in Asia comprising one each in Bangkok Thailand, Chennai (India), Jakarta (Indonesia) and Bahrain will be used for development purposes and made active in ways done before.

“With you in our Medical Committee, we are confident that we are looking forward, especially in this pandemic situation, that we have to work together how to cope with our difficulties and serve our athletes and NFs at the medical area,” said Subowo. 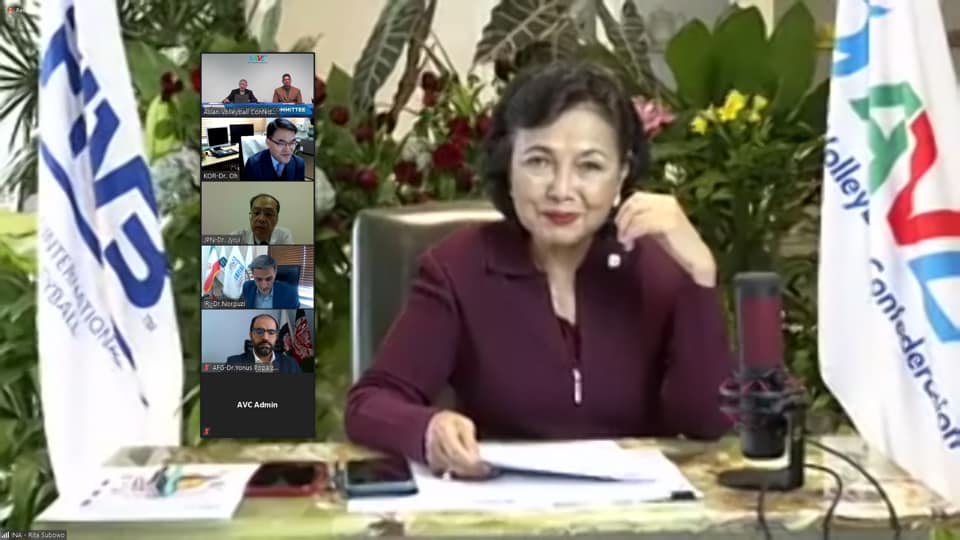 “This is the last committee meeting. During the past two weeks, we have conducted six committee meetings. Because of good preparation and supports from AVC Headquarters, Mr Shanrit, Mr Kiattipong, AVC Secretariat and every staff at the Headquarters, we made smooth and well-prepared meetings and we received good results. During this pandemic, a lot of things happened, especially in FIVB and AVC. We cancelled many competitions and activities and we have to look for some other sponsors because of the postponement and cancellation of those competitions and activities caused by the outbreak,” she explained.

The 2020 Olympic Games are likely to be declared open in Tokyo on July 23 and despite difficulties and challenges, the AVC President is upbeat that everything will go smoothly as planned since the Games will be held in Japan and this is the pride of Asia. 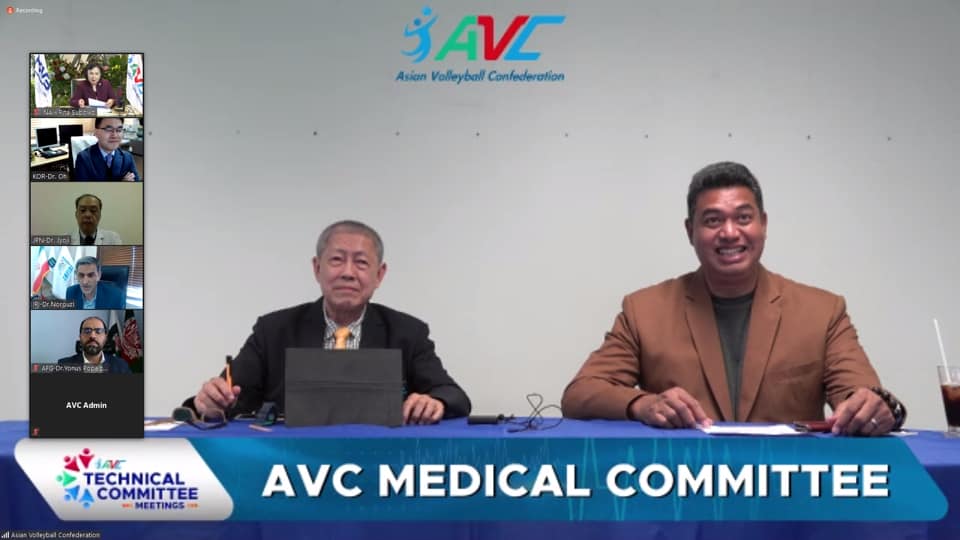 After that, Kiattipong, on behalf of the AVC Headquarters, thanked the virtual presence of all Members, welcomed them to the meeting and extended his best wishes for great success of the meeting, citing that all staffs at the Headquarters are always happy and supportive to ensure positive service experiences for all Members.

Members of the meeting then acknowledged the Minutes of the previous AVC Medical Committee Meeting in Bangkok on February 18, 2020.

Rueangsak later reviewed the 43rd AVC Board of Administration Meeting, which was held virtually, and the 23rd AVC General Assembly, the elective conference also held online last October 26, and informed the meeting of the election results including the AVC President and Zonal Executive Vice Presidents as well as nomination of chairmen of AVC Technical Committees and Council and AVC representatives to the FIVB Board of Administration. 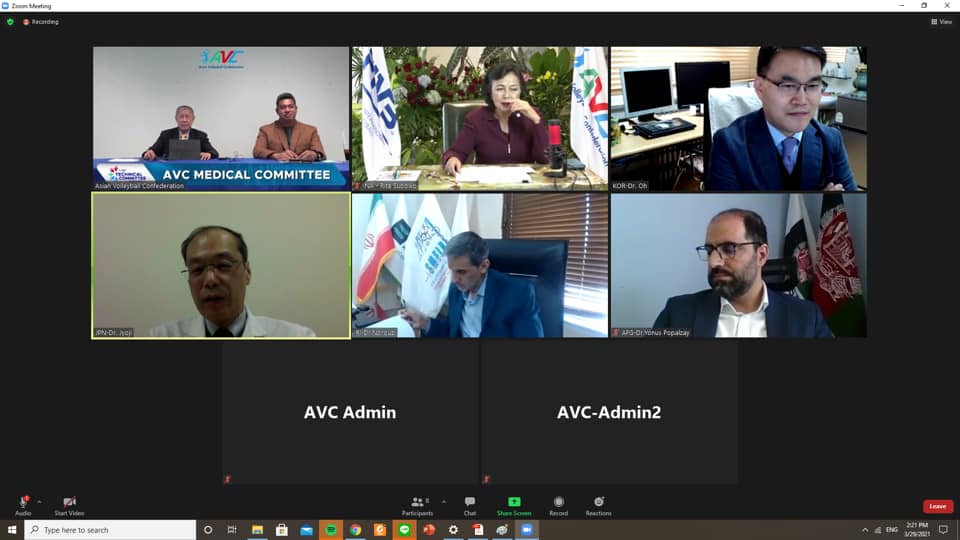 He also briefed his colleagues on the latest news from the 2020 FIVB Medical Commission Meeting, the FIVB MC Special Meetings and the 37th FIVB World Congress, which was held via video conference, and gave additional information on anti-doping procedures and transgender athlete participation in the sport.

Furthermore, Rueangsak spoke of the significant headway on a number of medical issues that stand to change the face of the sport of volleyball. Of particular interest was the issue of transgender participation and the age limit of Committee Members in AVC and FIVB in the next working term.

He informed the meeting that since the current COVID-19 situation worldwide and in Asia in particular remains unstable, nomination for medical delegates to officiate at 2021 AVC Championships including the Asian Men’s and Women’s Club Championships in Nakhon Ratchasima, Thailand cannot be made for the time being.

To make things clear about the current COVID-19 situation in Thailand and precautionary measures to be strictly implemented during this epidemic, Kiattipong indicated that the quarantine system and those precautionary measures will be conducted up to countries’ different prevention strategies and strict measures. For China, he said, a 14-day quarantine requirement will be applied for those entering the country. However, he said AVC Headquarters will work closely with all NFs on this relevant matter. 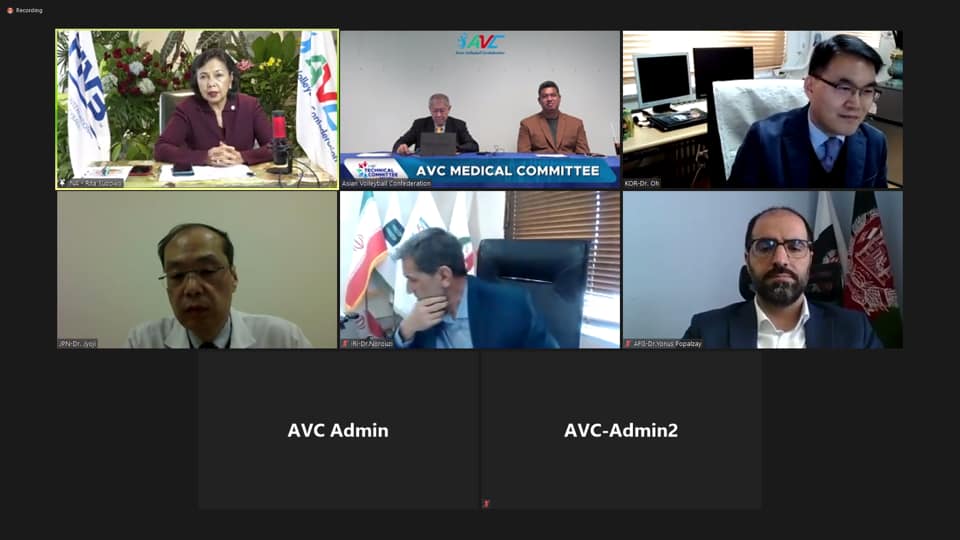 Rueangsak also informed that female candidates are likely to be included in the future FIVB Medical Commission and he suggested that the AVC Medical Committee improve availability and acceptability of female Members in the next term alike.

Regarding snow volleyball, the Medical Committee Chairman recommended that all Members study and enhance their knowledge on medical aspects of snow volleyball in align with the AVC President’s firm determination to see the fruitful recognition of snow volleyball as exhibition sport in the next year’s Winter Olympics and the brighter prospect of the ground-breaking sport discipline in Asia.

Dr Mohammad Yonus Popalzay suggested that basic information, background rules and regulations of snow volleyball be circulated to all NFs in order that they can thoroughly study them and understand the rules of the game more clearly, while Dr Gholam Reza Norouzi said Iran had already organised snow volleyball competitions, citing that necessary information required on the staging of the sport discipline can be sent to Committee Members for further study and consideration.